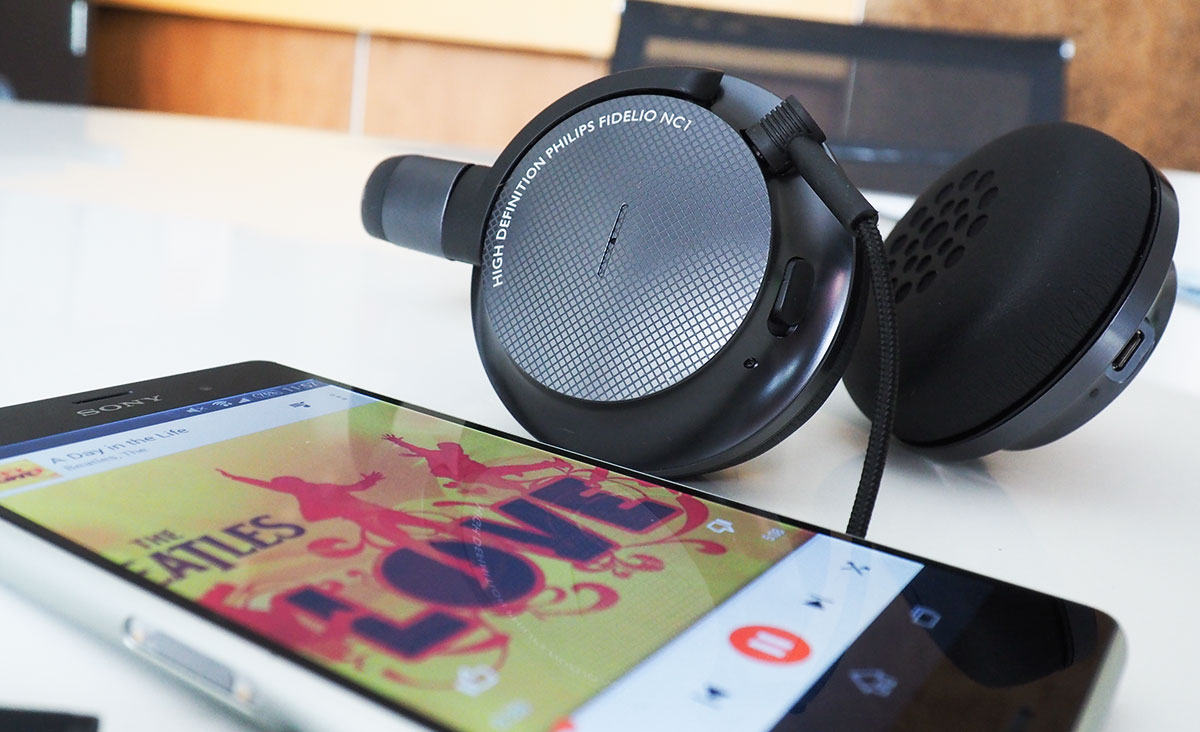 Philips has been out of the headphone game for a while, but the company certainly knows a thing or two about audio, so we’re keen to see what it can do with its first pair of noise cancelling cans, the NC1. Are these Bose beaters?

Noise cancellation headphones are a big deal these days, and we’re not surprised: more than just useful for flying and killing the non-stop drone of the aircraft, noise cancellation can also be used practically every day to silence the ambient hum of the train, the chugging noise of the bus, and anything else that becomes background noise.

Philips is keen to get in on this area, though, and show us what it can do in its Fidelio range of products, headphones and speakers that are aimed at the more premium end of sound. We’ve seen some pretty expensive and spesh headphones pop out with this name in the past, so are very curious about what Philips can produce.

And what have they produced?

They’re called the Fidelio NC1, with that “NC” obviously translating to “noise cancellation” telling you ahead of time what these headphones are all about.

Plastic, metal, and pleather appear to be the main materials being used for this pair of cans, with a design that incorporates both rotation for the cups and folding with a hinge at the end of the band for each cup to fold into the band for easy portability.

Philips is using 40mm neodymium drivers for this pair, and working with four microphones to make the cancellation possible, two on each ear with one mic on the outside and one on the inside.

A case is included, and you’ll find a replaceable cable using the standard 3.5mm to 3.5mm jack, which we like to see, a change from what some other companies use with the lesser found 3.5mm to 2.5mm.

It’s also coated in fabric and feels more resilient than the standard rubber or plastic cables we see, and features an in-line microphone with a button to let you pause and play audio or answer calls. With only one button, this button feels equipped to handle any smartphone operating system, so you shouldn’t have to worry too much about compatibility here.

You’ll also find a flight adaptor in the box — handy if you want to plug into the on-board audio system of some aircraft that haven’t switched to the standard single 3.5mm stereo.

And then there’s the battery, and Philips has provided a built-in battery here, so you’ll never have to buy another AA or AAA for a pair of noise cancelling headphones again (provided you use these).

The battery here is built in, with a microUSB to USB charge cable in the box, and the headphones will work both powered and unpowered, handy if your battery ever runs out of charge and you don’t have a way of charging it nearby.

It’s not the first time we’ve seen this, but we’re still fans, and if you don’t like carrying batteries with you and you’re reliant on a microUSB cable in general — you know, like with a smartphone that isn’t made by Apple — you’ll have the parts you need to charge.

Conversely, if you’ve used a Bluetooth headset in the past few years, you’ll also be familiar with the port and how it’s used with the headsets.

With all of that out of the way, it’s time to get stuck into our headphone review, and the first thing we need to note is the size and weight.

On the one hand, the Philips Fidelio NC1 are fairly small and good for packing away, but on the other, the weight is also noticeable, the metal adding to the construction and helping the headphones tip the scales at a little under 200 grams.

That’s not an issue to us, and we’ll deal with comfort later, but it does mean the premium materials that have popped up here can add to the weight on your head just a little.

In any case, let’s get stuck into our sound test, because that’s what matters most with headphones.

As usual, with 2015 reviews, we’re testing with our updated GadgetGuy 2015 Sound Test, which you can try on your own headphones, and sees us starting with Tycho’s “Awake”, and here the instruments in this light electronic acoustic starter are all very clear, though lack a solid punch to their presence, with most of the work in the mids and highs. The bass is barely there, too, a thwack absent, mostly the same sound with both cancellation switched off and on.

Over to Imogen Heap’s “First Train Home” and the instruments are clear and vibrant — tight mostly — but the bottom end is mostly missing still, with only a push on some of the sounds.

Already after two tracks, it feels like these headphones have been made without so much of a strong bass recreation, which could bode well for those like poppy tracks and various instrumentals, but we’ll see.

Heavy electronic is first, and we’re hoping this will give the bass reflex a solid work out, pushing it with Mooro’s “M66R6” and The Glitch Mob’s “Skullclub”, both of which make the bass more noticeable, likely because each of these tracks accentuate bass as does a lot of electronic styles.

That said, it still lacks the punch and boom you expect from music of this nature, and while there’s more here, something about the NC1 headphones feels like the sound is being restrained in some way.

The same lack of dynamic bass is noticed on the recent Imagine Dragons tracks “I’m So Sorry” which is recreated with a decent balance, though again without the good punch you might expect from headphones. Bastille’s “Bad Blood” is much the same — bass that was there, but not an overall push, at least in comparison to the other sounds — but at least there’s solid separation between the vocals and instruments.

If you don’t like the bass much more beyond “noticeable”, the Philips NC1 headphones are — so far — a pair of cans that will appeal to you. We prefer a little more punch, a little more kick, but each ear is different.