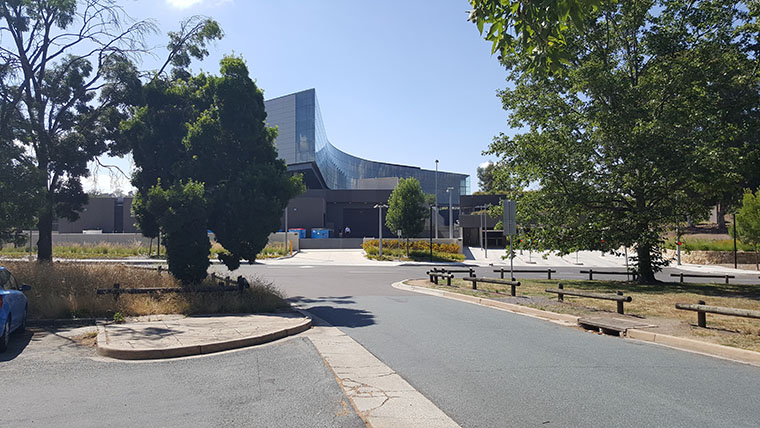 This morning I spent a couple of hours with three smart phones and a high quality compact camera, taking photos of things I thought might demonstrate the differences between them. One such comparison is here. https://gadgetguy.com.au/product/review-alcatel-boost-dex-smart-phone/

This kind of thing can sometimes look suspicious, particularly when a shiny new and particularly striking Canberra building becomes my subject. In fact I’d been headed to a 19th Century stone cottage, but it turned out to be undergoing renovations and was accordingly surrounded by a highly unphotogenic construction fence.

So I chose this new building as a subject. Soon after I started, one of the employees approached me, wondering what I was doing. I explained. Satisfied, he went away. Then, a couple of minutes later, a couple of officers in the AFP’s Protective Service drove up. Again I explained and they also were satisfied, while remaining professionally sceptical. Clearly I do not, in the flesh, impress anyone as a proper security risk.

In their honour, I thought I ought to show the photos I was taking since that, after all, is what I said I was doing. Here are some pictures, scaled. A couple of the devices will be dealt with in forthcoming reviews. The Samsung is just my fixed standard for comparisons. (I’ve blocked out any people captured inadvertently, as I promised the boys in blue.)