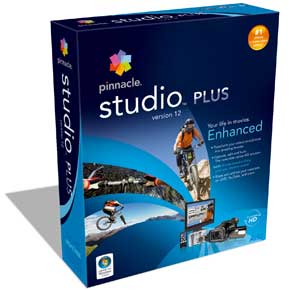 The new version includes Pinnacle Montage, an innovative tool that makes high-end compositing and animation effects accessible to consumers. With more than 25 new features, version 12 adds many new capabilities requested by users, while still maintaining the ease of use that has become the hallmark of Pinnacle Studio products. More titles, DVD menus and templates have been added as well as new professional audio and video controls and a complete HD workflow with Blu-ray authoring in the Plus and Ultimate versions. The retail version of Pinnacle Studio 12 is due for Australian release on the 7th July 2008.

Certified for Windows Vista, the Pinnacle Studio version 12 family consists of three affordably priced versions to meet the needs of consumers ranging from novices to dedicated video enthusiasts. In addition to Pinnacle Studio, the basic version, Pinnacle offers Studio Plus and Studio Ultimate with more advanced audio and video tools, including a complete HD workflow.

Designed for the most serious video enthusiasts, Pinnacle Studio Ultimate version 12 also includes a green sheet for Chroma keying effects and integrates a three of the industry’s most highly acclaimed professional video tools:

The suggested retail prices (inc.GST) are AUD$129.95, $169.95 and $249.95, respectively, and exclusively distributed by Lako Pacific. The Pinnacle Studio version 12 family is available from the Pinnacle Systems estore and retail stores from 7th July 2008.