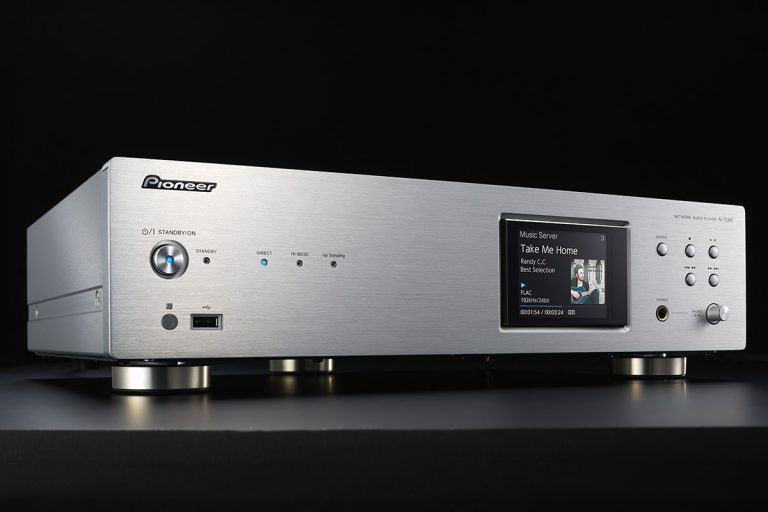 If you don’t follow this stuff, you may not be aware of a new class of audio player that’s kind of taken the place of CD player of old. It’s the network audio player. Japanese audio brand Pioneer has been a big player in this space and it has two new models out for 2017, the Pioneer N-70AE and the N-50AE.

A network audio player general performs several functions, all related to – du’h! – streaming network audio. That audio can be local or might come from the Internet. Local audio is the music on your computers (or network storage if you have that). Or on your smart device. The players have WiFi – dual band, 802.11ac – and support DLNA music and Chromecast Audio. Most Android phones can “cast” music to it wirelessly.

Bluetooth is also supported. Although information on it is a little thin on the ground, I’m told that the units also support Apple AirPlay, which is the preferred network system for getting music from an Apple device (or, for that matter, iTunes running on a Windows computer) to a home entertainment system. If that changes I’ll report it here.

For DLNA – or music on a USB hard drive plugged into the device – the highest standards are possible. They both support lossless formats such as FLAC and Apple lossless at up to 192kHz, 24 bits, and the Pioneer N-70AE pushes that out to 384kHz, 24 bit. Both also support the Super Audio CD format, Direct Stream Digital, at standard, double and quadruple rates (ie. 2.8MHz, 5.6MHz and 11.2MHz).

And both can plug directly into a Windows or Mac computer via USB and act as USB audio devices for both for very high quality sound delivery.

Spotify Connect – in which the device connects directly to the Spotify servers, rather than the audio running through your phone – is provided on both models (you need a paid subscription to Spotify to use this), while TIDAL and Deezer can be provided through the Pioneer Remote app used to control the devices.

Both use very high quality SABRE32 Ultra32 DACs (digital to analogue converter chips), with the N-70AE doubling up. Both have colour LCD displays to show cover art and track information.

The N70AE also scores a headphone output and various physical audiophile enhancements, such as additional bracing in the case to reduce vibrations and machined connection terminals.