Pioneer to reinvent itself without plasma 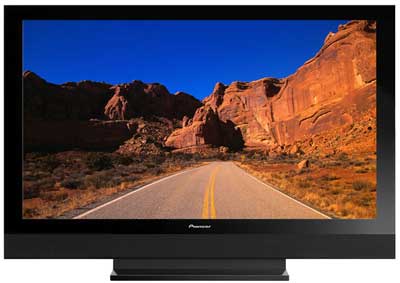 Pioneer Corporation has announced that it will restructure its display (TV) business after losing more than $146 million for the year to March 31, on its plasma production business.

In an announcement in Japan on Friday evening (AEST) the company has acknowledged the need to remain in the flat panel TV business while it will wind-up its plasma manufacture operations.

Stating that the company has judged that maintaining the cost competitiveness of plasma display panels at projected sales volumes will be difficult in the future, so Pioneer will terminate in-house plasma display panel production and procure panels externally. This means that only one more generation of Pioneer plasmas will be produced – currently Gen 8 plasmas are available in Australia making the Gen 9 model, available later in 2008, the last all-Pioneer panel to be produced.

The announcement also indicated that Pioneer is currently in discussions with other manufacturers on the feasibility of procuring panel modules that would then incorporate the company’s proprietary video processing technologies.

According to Pioneer Australia PR manager, Michael Broadhurst, this may result in Pioneer’s highly regarded KURO video processing technology being incorporated into both plasma panels sourced from other manufacturers and could even see the development of a Pioneer LCD TV. This would be leveraged on the back of Sharp’s investment in Pioneer late in 2007.

Broadhurst pointed to the announcement from Tokyo that stated that the two companies (Sharp and Pioneer) are conducting joint product development by making effective use of each other’s resources in their respective fields of expertise. In the proposed arrangement Pioneer will be supplied by Sharp with LCD TVs and will launch these LCD TVs first in Europe and possibly Australia by third quarter and steadily expand its lineup of LCD TVs.