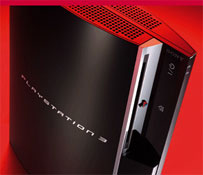 With the ability to take full advantage of interactive features, such as downloadable video content, ringtones, games, and more, BD-LIVE promises to offer PS3 users the ultimate interactive film experience. In addition to BD-LIVE, the system software update will enable photo and music playlists on a PS3 to be copied to a PSP (PlayStationPortable), as well as other new features.

To access Blu-ray Profile 2.0, users require an internet connection and at least 1GB of local storage. Movies with BD-LIVE are scheduled for release next month.

The following features have been demonstrated to be possible with BD-LIVE and will vary depending on the titl:

In addition to BD-LIVE, system software update v.2.20 enhances PS3’s relationship with PSP, enabling users to copy their favourite music and photo playlists to their PSP and experience them on-the-go. This new functionality makes it easer than ever to share media content between the two systems.

The following new features will also be included in the system software update: