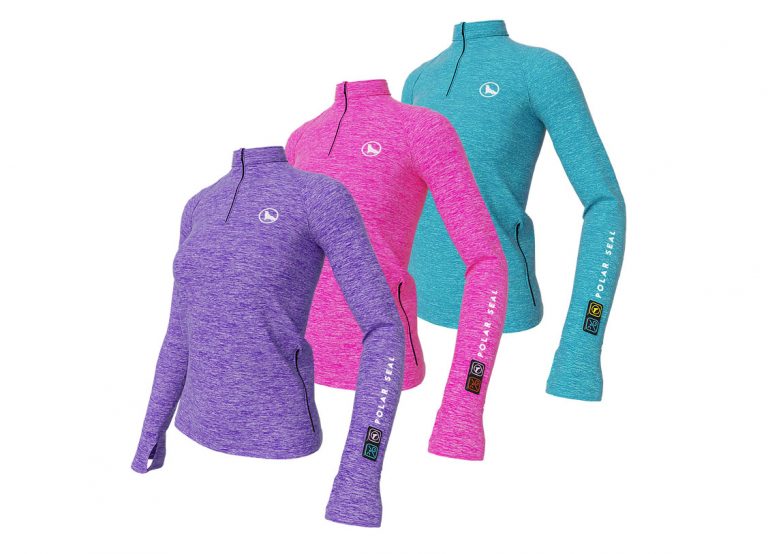 No, gadgetguy.com.au hasn’t suddenly become a fashion site. But as someone who lives in cool to cold Canberra, now heading seriously into winter, this might be just the gadget-cum-apparel item for me.

The Polar Seal Zip Top is a top that keeps you warm using, in gadgetty terms, active rather than passive technology. Warm clothes work by insulating you from the outside world, keeping your body’s natural warmth inside.

The Polar Seal actually warms up, kind of like a wearable electric blanket. It has two large pads, one over the lower back and one over the upper back between the shoulder blades. They can work separately or together. Each can have one of three heat levels applied: forty, forty five or fifty degrees Celsius. Heat up time is just ten seconds. A shock proof, water proof LED control is on the wrist sleeve. Close-fitting, different shapes will be available for men and women.

Chances of being electrocuted? Zero. That’s because you provide the power source: any power bank intended for recharging phones. A pocket is included in the design to hold the power bank and I expect it has a suitable connector within. There’s no way five volts can do any harm to you.

A 5000mAh power bank is rated at 3.5 hours life running both zones at full power, while a 10,000mAh one is rated at 7.5 hours running one zone at low power. Which of course is hard to understand. Both pads look to be the same size, so you’d think that by doubling the capacity of the power source and halving the draw, life would quadruple to 14 hours. And that’s before you consider the lower draw due to the lower power setting.

Regardless, either of those figures equates to a power draw of more than one amp at five volts (1.43 and 1.33 amps respectively), so you’ll need a high capacity charger if you’re going to plug yourself into a wall socket.

Sadly, you can’t buy today. The company behind it – Fillony Limited – is launching a Kickstarter fundraising campaign in mid-June 2017. But when they’re available, Canberra winters might be a bit easier to tolerate.