Everything seems to need a touchscreen these days, and Acer’s getting in on that, adding a touch panel to its C720 Chromebook. Does it make the computer better?

The fourth Chromebook for Acer, the C720P takes something familiar and gives it a fresh coat of paint, and some upgrades that could make it the perfect not-quite-netbook you’ve seen.

First is the colour: it’s white, moving on from the grey plastic Acer has shown us for the past couple of years, with a white plastic top, middle, and bottom a nice change from the combination of grey and black used on previous Acer Chromebooks.

Next up is the most obvious change, and that’s a touchscreen, with Acer moving on from the matte touch-less screen on the C720 and going for one that your fingers can touch, swipe, and ultimately prod.

The screen size is still the same, though, packing in the high definition resolution of 1366×768 in the 11.6 inch display.

Under the hood, it’s mostly the same as what we saw in the similarly named C720, with one of Intel’s Celeron processors based on the Haswell technology used in many a laptop these days, paired with 4GB RAM (an upgrade from the C720’s 2GB), 16GB solid-state storage, and support for wireless connections over Bluetooth 4.0 and 802.11a/b/g/n WiFi.

The same ports and connection options are here, too, with HDMI, USB 3.0, and a headset jack on the left side, along with power, while the right side features an SD card slot, USB 2.0 port, and a Kensington Lock space.

Google’s Chrome OS is the operating system here, hence the Chromebook name, and relies on an interface and experience closer to that of Google’s Chrome browser, meaning your apps are essentially webpages that load in tabs.

Even though we see touch everywhere, touchscreen Chromebooks aren’t exactly a common thing.

Google first introduced the idea in its Pixel, a premium laptop that not only featured a high resolution screen and Google’s Chrome OS, but also delivered it with a touchscreen. But the Pixel was so premium, it was a Chromebook that cost well over a thousand dollars, and wasn’t even made available locally, making it an unlikely purchase for most Australians.

So we’ve never seen a touch-based Chromebook, that is until now.

The most recent Acer Chromebook delivered performance in spades, so Acer is already refreshing it, adding a touchscreen to bring it more in line with what people expect from a computer these days.

As usual, the Acer build quality on the Chromebook isn’t spectacular, but doesn’t feel bad. The white finish with black keyboard looks a fair bit cleaner than what we saw in the grey and black equivalent, though the machine does still manage to feel very plastic.

We’re pleased to see, though, that Acer’s reliance on Intel’s recent Haswell-based Celeron chips improves battery life, and the touchscreen here makes a minimal impact in this regard.

In fact, we found a little under seven hours was possible here, with WiFi switched on and working away. That’s not a bad result, and doesn’t just highlight some great internals, but a low power screen, too.

Performance otherwise is practically spot on with what we experienced in the C720, if not a little faster.

Most of the innards are the same here, though Acer has been kind enough to upgrade the memory from 2GB to 4GB, which seems to let you run more tabs (apps or webpages) than its sibling.

Using the Chromebook, you’ll find a decent mouse here, and one of the Google designed keyboards that, while lacking in travel, still manages to carry enough feedback to make for a comfortable typing experience.

The touchscreen does provide some modern interaction, and people do expect touch to be on their computers these days, so that’s a positive thing right there.

But the touch experience isn’t quite as impressive as you might find on an iPad, or even an Android tablet.

This could be due to Chrome not really being developed with touch in mind — and how many web browsers are? — and it could also be because there just aren’t enough Chrome-based apps to take advantage of the touchscreen.

While we could scroll using our fingers flicking up and down the page easily enough, and even load applications (webpage applications) simply by touching, other times we’d have to press a tab more than once to get the screen to recognise what we were doing.

Ultimately, Chrome OS itself doesn’t feel designed for touch, not like how either iOS, Android, or even Windows 8 have been built with touch in mind, and so while you can press and click things using the touchscreen, it isn’t used for much more than replacing your mouse with your finger.

But while touch is one part of the screen, the performance of the screen is another, and Acer hasn’t really moved on much from the weak panel we saw in the original C720.

It’s not the same screen, that’s for sure, but it’s not much better, providing some colour inversion and obvious wash out at different angles, practically telling us that it’s a low-grade panel at work here, and not one of the In-Plane Switching (IPS) displays we’re so used to seeing on tablets, even those made by Acer.

As such, expect to have to position yourself to better see the screen, otherwise you’ll find colours and even the black of your text to wash out.

Acer has helped a little bit here, providing some more range for the screen hinge, which is useful in all but the smallest of spaces, meaning you could still have viewing issues if you’re on a bus or train and are cramped. Ultimately, the better fix would have been a better screen with solid viewing angles, as opposed to a hinge with more room to move.

The screen is also very reflective, something we didn’t have on the totally matte C720 before. It’s so reflective, in fact, you might get easily distracted staring at the reflections instead of what you should be doing, or get the odd headache.

Unfortunately, for all the brightness of the display, it’s just not enough to drown out sunlight, trees, and anything else behind you.

Do what we did, though: position the screen away from windows, which is probably ironic, but useful given all that hinge range you have.

One other issue is the price, and with a recommended retail price of $499, Australians are effectively being charged an extra hundred dollars for a touchscreen, even though it’s not bringing a whole lot more to the table.

In actuality, we’d take the extra memory as one of the more positive additions here, as it makes it possible for more tabs and websites to run here, which helps.

Beyond this, an extra $100 is a lot to ask for when you consider the touchscreen isn’t adding a whole lot to the experience, and isn’t quite up to the quality of Acer’s other touchscreens.

We’re still not sure if there’s a point behind touch in a Chromebook, but if you expect a touchscreen in every computer regardless of the use, Acer’s C720P makes it possible in a locally available Chrome-based laptop. 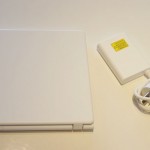 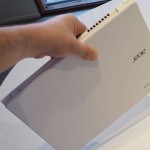 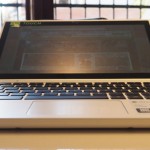 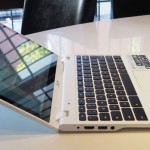 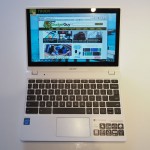 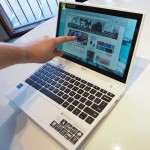 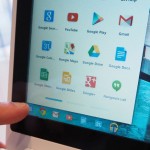 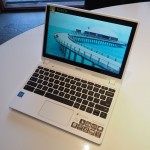 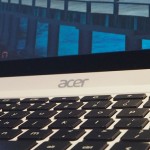 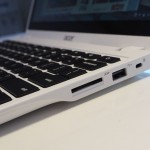 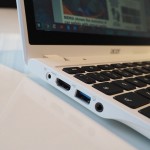 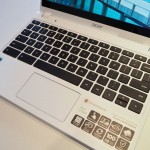 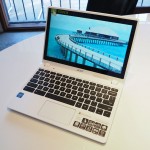 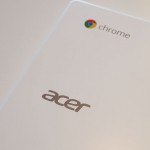 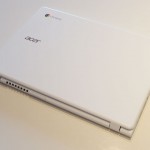