Netbooks might have gone away, but Acer is attempting to bring back those small laptops in a different way, joining the hybrid game that Asus practically pioneered with the Transformer and giving it a few spins of its own.

One of Acer’s less expensive Windows 8 options, the Acer W510 sets itself out to be a competitor for Microsoft’s own Surface range of products, packing in Intel’s system-on-a-chip Atom processor and the proper version of Windows 8, not that Windows RT version seen on Microsoft’s own tablet.

That processor is similar to what we used to see in netbook computers, with the positively new 1.8GHz Intel Atom Z2760 running here, alongside 2GB RAM which isn’t much, but this isn’t a high-spec system, so is hardly surprising.

Because it’s not exactly a high speed system, Acer has gone with the 32-bit version of Windows 8, and partnered it with a 64GB solid-state drive, of which you have roughly 30GB to work with.

Storage expansion is possible, but you’ll need to do it through the microSD slot on the side of display, which itself is a 10.1 inch In-Plane Switching (IPS) screen with five points of multi-touch.

Cameras are also included, with an 8 megapixel rear camera with LED flash, while the front – the screen – features what appears to be a 1.3 megapixel camera.

MicroSD isn’t the only port you have access to on that side, and our model arrived with a 3G SIM slot, microHDMI, and microUSB ports.

A 3.5mm headset jack can be found up top, alongside buttons for turning auto-rotate on and off, as well as power on the corner. A volume rocker can be found on the right side, the same side as the connectivity ports.

On the very bottom sits the power connector, which itself can plug into either the mains, or into the hinge on the keyboard dock accessory it comes with.

Like the Asus Transformer designs which practically started this whole docking tablet trend, this keyboard offers you more than just a neato keyboard to type with, as you’re given a small trackpad to use Windows 8 with, USB port, and an extra battery to charge up the rest of this machine.

A small switch can be found on the hinge to detach the tablet from the dock.

Ever since Microsoft decided to reinvent the wheel with Windows 8, we’ve seen quite a few laptops sporting touchscreens, most of which sit in the 11 to 13 inch Ultrabook space.

But one type of computer has certainly disappeared in the past few years, with the humble netbook becoming lost in the middle of Windows 7’s release period.

With an emphasis on tablet design in Windows 8 and more competing devices using the 9.7 to 10.1 inch sizes, Acer has seen fit to give that area a new lease on life, bringing back the Intel Atom chips that were made famous on the netbooks and make the new netbook a better proposition.

It’s important to note that Acer isn’t calling the W510 a netbook, because, well, it’s not. Even though it has an Atom processor at its heart, the W510 is a tablet with a keyboard dock, but thanks to the processing power inside and the inclusion of Windows 8 – not Surface’s Windows RT – it’s closer to a laptop than “just a tablet.”

While the Acer W510 doesn’t use the fastest chips out there, the Atom Z2760 in this computer doesn’t have any problems running Windows 8, jumping to and from the new tile-based Start screen easily, and into programs quickly.

We didn’t test with games like we did on the S7 – this computer just isn’t made for it – but ran our usual gamut of writing, web browsing, and playing with apps on the desktop, and while it’s not the fastest computer ever, it handles most tasks completely fine.

You can’t really compare this to a Core i5 or i7 machine, but put next to a lower Core i3 or Celeron-based machine, and it’s hard to spot any real speed differences. For the most part, this is an adequate performer, and most people shouldn’t have any complaints. We sure didn’t.

All the bits for the computer sit inside the tablet section, while the keyboard dock is merely an extra battery, keyboard, touchpad mouse, and USB port.

Nor did we have any with regards to battery life, which manages at least 8 to 10 hours of life, provided you dock it with the keyboard dock. Acer says a maximum of 18 is possible, a limit we weren’t able to test in the time allotted.

The power pack is certainly small enough, and it won’t cause any problems stuffing it into a bag, but you shouldn’t need to worry about bringing it where ever you are, in case space is a concern.

Regardless, it’s an impressive battery, and you shouldn’t have any issues taking the W510 around with you in the course of a regular day.

Likewise, the touchscreen is fairly responsive, and looks good to boot. The resolution of 1366×768 is easily better than most of the tablets we’ve seen in the past (1280×800 and 1280×720), as well as being much better than the netbook standard of 1024×600, while still offering that useful touch connectivity that makes Windows 8 a pleasure to use.

The panel looks good from pretty much every angle, and echoes what we felt about the screen on the Acer Aspire S7, telling us that Acer is beginning to think long and hard about the quality of displays it’s using in machines.

Our W510 certainly had a decent array of ports, supporting enough connectivity to make most of us smile. In fact, we’re particularly pleased there’s 3G in this model, with a miniSIM (most of us know it as a “full-sized SIM” because phones have used them for ages) sitting just next to the microSD slot.

One port we’re surprised is missing is an SD card slot. While a microSD is provided, no doubt to expand memory, you won’t find the full-sized SD card slot most use in this machine.

Over on the usability front, the keyboard is comfortable enough, but like many an Ultrabook, the keys are very shallow, and thanks to the 10.1 inch size, are smaller than what’s found on either an 11 or 13 inch machine.

You may miss a few characters on the physical keys as you type, however, through no fault of your own. While the travel isn’t particularly strong, the keyboard missed a letter we had typed in one in every forty pressed. Occasionally, it would do the exact opposite from stealing our letters by giving them back in spades, at one point making our “s” look like “sssssssssssssssssssssssss” all of a sudden.

One thing the W510 has kept from the new Acer laptop is the lack of a caps lock light: seriously, if you hit the caps lock accidentally, you better hope the app you’re in will tell you, because there’s no indicator light on this keyboard.

There’s also no multitouch on that tiny trackpad. No two finger scrolling, no zooming, no gestures that we could find whatsoever. We’re guessing this is because you have a 10.1 inch touchscreen to work with, and gestures work without fail here, but it’s worth noting.

Acer’s build leaves a lot to be desired, too. There’s definitely evidence of the price of admission here, because it’s obviously a reasonably inexpensive Windows 8 touchscreen tablet laptop hybrid, but it doesn’t feel anywhere as well built as it probably should.

Let’s look at hinge: there’s nothing wrong with it, and for the most part, it’s quite sturdy, supporting the tablet, which is where all the parts of the W510 sit. It’s so useful that it can be pushed all the way around, so that the keyboard section acts as a stand for the tablet.

But the hinge’s grip on the tablet hasn’t been shaped properly, and leaves enough space for the tablet to wobble, so whenever you touch the screen or push against it – whenever you type on the keyboard – the entire thing shakes. If you’re in a moving vehicle, for instance, the tablet jerks forward and backward, jiggling in place, thanks to the lack of grip the hinge has on that tablet section.

A lack of weight in the keyboard and battery dock doesn’t help much, and if you’re typing on your lap, you will find the Acer W510 falls backward, toppling from the weight in the tablet section (above).

You’ll find that the W510 stays where it’s told provided you leave your palms resting on the keyboard, but the moment you move them, this thing will lean forward.

While there are design problems, we like how the hinge on the W510 can force the keyboard underneath the tablet and be used as a stand.

For its size and price, Acer’s W510 offers a surprising amount of power, and while there are some obvious problems, most of which stem from design and construction materials, we can see that there would be people who would enjoy what Acer has put together. 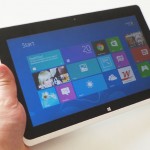 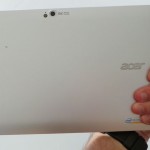 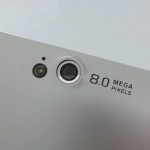 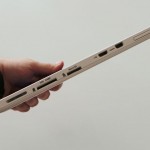 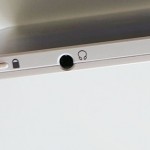 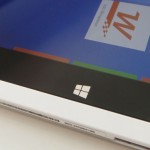 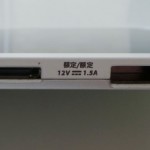 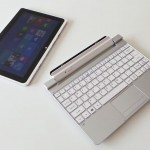 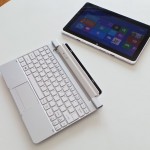 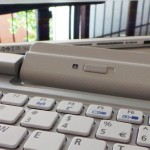 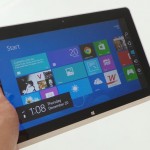 All the bits for the computer sit inside the tablet section, while the keyboard dock is merely an extra battery, keyboard, touchpad mouse, and USB port. 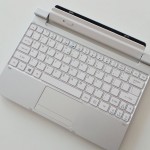 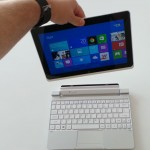 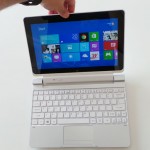 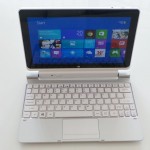 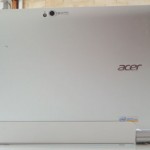 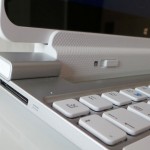 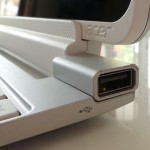 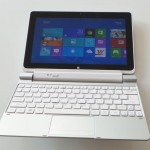 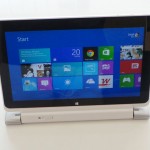 While there are design problems, we like how the hinge on the W510 can force the keyboard underneath the tablet and be used as a stand.