Can an eBook reader be premium? That’s the question Amazon is attempting to answer with the Voyage, an ultra-slim take on the concept that changed the way many of us consumed books.

There’s no denying that Amazon’s Kindle has changed the landscape of books, with the digital reader essentially popularising electronic books in much the same way that Apple’s iPod did with electronic music. Sure, both the eBook and MP3 were around before each of these, but it needed these gadgets and their respective digital marketplaces to make the dent, to make the case that more people than just the early adopters could get into them.

Since then, Amazon has had a few Kindles out, and every year or two, we see a new device take to the market, providing an update to the idea of the digital book reader to make things just a little more like reading a book.

This year, though, the important update has come with a few things, such as a new way to control the eReader and a thinner form-factor, but one of the most important features of the Voyage eReader has to be the screen, so let’s talk about that.

Anyone considering an eBook reader has probably seen the difference between reading text off a standard LCD screen like the iPad or another tablet or phone might have, and that of an eBook reader like the Kindle or Kobo. These devices are totally different, with vibrancy and colour offered from an LCD screen on the iPad — ideal for movies and games — and just simple black and white and lots of grey offered on the eReader screen.

The display technologies are fundamentally different too, with eReaders relying on a low power technology that doesn’t have screen burn known as “electronic ink”. Also known as “electronic paper”, this screen type has been made to look and feel more like paper, with no light behind the display that you need to adjust your eyes to, making it ideal for books.

Generally, it’s monochromatic, which also helps the printed argument, and great with battery life, resulting in weeks worths of life, not hours to days that regular LCD equipped tablets deal with.

Amazon has been playing with the technology for longer than most in its Kindle range of eBook readers, and in the Voyage is pushing the screen technology to a higher level. This eReader employs an E-Ink Carta HD screen, which allows the display to show 1448×1072 pixels on its 6 inch screen, a more technical way of saying that this has 300 pixels per inch, which makes it not far off what Apple considers Retina, and good enough to print with.

“Good enough to print” is the phrase you should take home with the Kindle Voyager as it translates to book quality, which makes the Voyage more like reading a book than previous Kindles thanks to that technology.

Granted, the previous Kindles have been relatively sharp, too, and only under what many regard as printed book quality, so most might not have seen the difference, but the new model is practically on target, resulting in the same level of print quality, with the only thing missing from the experience being the texture of the paper and the smell.

Amazon’s Kindle Voyage doesn’t really smell like anything, so it doesn’t take the personality that an old book has, but it does come with a magnesium body which is soft to grip and comfortable to hold, and some might say slightly cool to the touch.

Up top is a plastic section where the wireless antennas likely are, and this doubling up of materials helps to provide something else to grip and not lose your fingers to, providing a little more resistance if the magnesium is too smooth.

It also offers up the best implementation of front-lighting we’ve seen, working with a sensor found in the top left of the frame that does its best to work out what sort of light the Voyage should be providing, which is fantastic.

This front-lighting is a little different from the backlighting you might be used to on phones, tablets, and computer screens simple because rather than light up from the back — as that name suggests — this one lights up the page, almost as if the whole display was changing colour, going from a flat beige white when emulating a proper page to a bright light “read-me-anywhere” look when the light goes up.

For the most part, the automatic brightness setting does a decent job of working out what sort of page lighting you’ll need, but we found it was easier to just override it, opening the tab up top for lighting and dragging our finger up and down the light scale, which offers 24 steps of brightness when you want to exert that level of control.

Control is another interesting part of the package, and is one of our favourite bits just because you have two main options of working here: the screen and the sides.

The screen will likely be the main way most people interact with the Kindle Voyage, with a touch display employed. Now this isn’t a full touch display like you might use on an iPad, and while you can swipe to the left to go forward and swipe to the right to go backwards, it’s primary a singular touch display.

That said, you can touch the top of the display to bring up options and the shortcuts to go back home, while a swipe up from the bottom will bring up a scroller to get you through the pages of your document and book more quickly.

That’s touch in a nut shell, and it does the job very well.

But the Voyage also does control in a different way, with Amazon throwing in a haptic feedback controller on each side, with a dot for going back one page and a long vertical line for going forward.

Each of these have buttons underneath that allow you to single-handedly go forward or backward a page comfortably, and since they’re on each side it doesn’t really matter if your left or right handed, you’re provided for.

There’s even a magnet built into the back for letting the Kindle Voyage sit in Amazon’s case made for it, which allows it to snap into place if need be.

We preferred it without the case, though that might be us, and since that case adds a good $75 to the package, it can make it an easy miss (don’t worry, we agree: $75 is a pretty hefty price to pay for a case). That case does bring with it an origami like stand, which will be useful if you plan to read by leaving the book on a desk, but beyond protection and the stand, that’s all it offers.

Battery life is also key here, and we’ve said it before but we’ll say it again: this one is measured in weeks.

On and off use over the course of a month never needed us to charge the Voyage, which is pretty bloody good, and Amazon suggests the battery charge can last as much as six weeks if you read for half an hour per day with the brightness setting at 10.

If you do run out of charge, it is very easy to charge back up, with the international standard microUSB being used to bring the Voyage back to life in the space of three hours.

Other than the microUSB, however, that’s all the wired connectivity the Kindle has, relying on 802.11b/g/n WiFi to connect to your home network for an Amazon account to download books, magazines, and newspapers to. You can also send yourself documents using an email Amazon sets up for you, which is handy too, especially if you want to email yourself an itinerary or something else reasonably important.

Little features complete the package specific to Amazon’s Kindle brand, such as the “experimental” web browser which allows you to look at a few websites before realising it would be so much better on your phone, though it might be useful if you’re keen to read the online news and not just the newspaper you bought from the store.

A mode for kids is also handy, with Kindle FreeTime letting you monitor what your kids are reading and turn the act of reading into a sort of gamified activity earning them achievements throughout it.

Beyond the specs and features, there’s the feel, and while nothing can replace the feel of a book, the Kindle Voyage is a great substitute, employing Amazon’s online bookstore with a device that really does feel like it was made to read with.

It’s comfortable to hold, sits in the hand nicely, and is made for lefties and the more common righties, which is nice to know. The brightness of the screen is excellent, too, and the power button is placed well under the slate on the right.

That lack of thickness is also quite lovely, coming in at 7.6mm and barely feeling heavier than a common smartphone, but spread out better across the 6 inch screen and the framing that surrounds it.

While it’s clear that the Voyage is Amazon’s best Kindle yet, and one we don’t want to give back, the price is also a clear indication that Amazon intends to keep the Kindle one of those exy gadgets.

At $299, the price is a little exy, unless of course you love your digital reading experience and want only the best quality imaginable, which this definitely provides.

Indeed, a hair under the $300 mark makes this a pricey eReader, not least because the screen technology can also be found in a slightly thicker variant for less, with the newly updated 2015 edition of the Paperwhite.

There’s also no 3G in the Australian edition, with Aussies getting the WiFi Voyage only, meaning you can’t buy books out and about unless you have access to a WiFi connection. This probably isn’t such a big deal, mind you, since most of us have smartphones that can turn into hotspots in a heart beat, so you can always get around this, but we like the idea of a global ready 3G connection, and if you still need that, the Kindle Paperwhite has it, albeit in a body that isn’t quite as slim and haptic-friendly as the Voyage.

Reading is certainly changing, and if you love the idea of taking your books with you everywhere you go, it’s hard to go better than the Voyage, easily Amazon’s best Kindle thus far.

It’s a tad expensive, sure, but if you want the best quality, and a screen that responds to where you are, this is the Kindle for you. 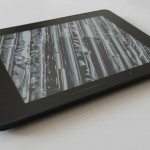 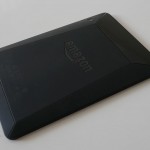 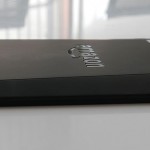 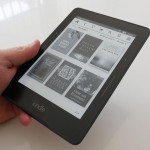 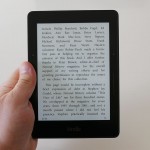 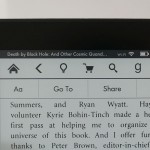 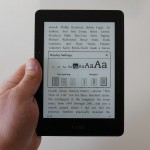 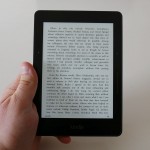 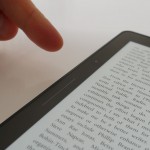 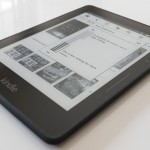 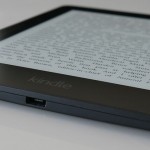 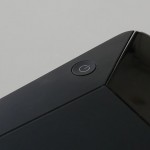 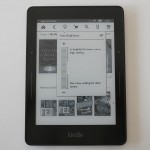 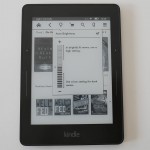 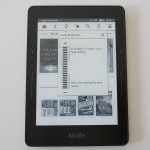 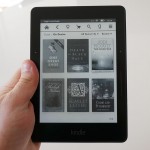 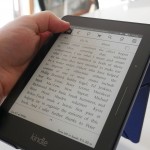 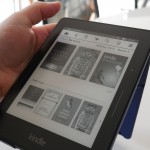 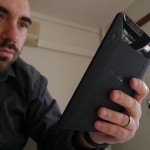 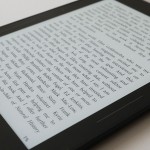 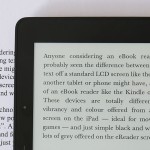 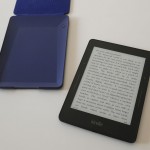 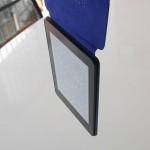 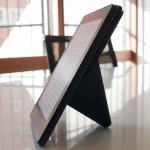 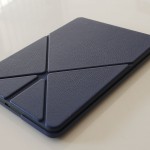