With nigh on every manufacturer trying its hand at an iPad competitor, Asus has pitched something different. The Eee Pad Transformer mixes a slate with a keyboard and mouse to concoct a device that’s half-notebook and half-tablet.

The first Asus tablet out of the gate, the $799 Asus Eee Pad Transformer offers some features that remind us of other tablets, while throwing in others that really shake up the game.

Much like a lot of the current competition, the Transformer is powered by a dual-core 1GHz Nvidia Tegra 2 processor. It’s also one of the first tablets we’ve seen with the latest version of Google Android Honeycomb, aka Android 3.1. Because of this, the Eee Pad Transformer is able to take advantage of new features, including the ability to use USB peripherals, mouse support, resizable homescreen widgets, and improved support for Adobe Flash.

Under the hood, the Transformer provides 1GB of RAM, Bluetooth 2.1, WiFi 802.11 b/g/n, GPS, 32GB of storage capacity, and a battery capable of around 10 hours of operation.

Unlike the competition, the Transformer comes with a keyboard dock that’s equipped with a QWERTY keyboard, a trackpad mouse and an extra battery to extend the operating life of the tablet. You’ll also find two USB ports and an SD card slot on the dock.

The tablet itself acts as the screen, providing a 10.1 inch multi-touch capacitive display protected by Corning’s scratch-resistant Gorilla Glass. You’ll also find a nice selection of ports on this component, including a combined headphone and microphone 3.5mm jack, mini HDMI, and a microSD slot.

Asus’ first attempt at a tablet looks like an interesting compromise between the utility of a netbook and the ease of use found in a touchscreen computer.

Picking up the Transformer for the first time, it’s hard not to be impressed by the build. While made from plastic parts, the tablet comes across as a well-constructed device. Unlike some of the other tablets we’ve come across, it doesn’t slip out of your hands either, a textured pattern on the rear surface allowing for a more secure grip.

In use, the impression is just as good, with Honeycomb operating well and allowing us to jump between applications quickly.

The Back, Home, and Recently run apps icons have been changed by Asus, now clearer than on stock-Android.

Interestingly, this is the first time we’ve seen a company attempt to modify the Google Android Honeycomb look. Practically every manufacturer has given its take on Android for mobile phones, but none outside of Asus has yet shown customisation of Honeycomb. For the most part, Asus hasn’t changed much, but what it’s done has made things look a little easier to use. Back, Home, and Recently run apps – Google’s three key control buttons – have, for example, been rendered as white lines on black, making them easier to decipher.

Asus has also included a few extras to further personalise the Google experience, adding widgets for showing the time, emails, weather, and your recent photos on any of the five home screens. A live animated wallpaper has also been thrown in, and displays the current capacity of your battery as indicated by a diminishing tank of water.

As with Android tablets, you can use the onscreen keyboard to enter text, but if you’re after a better typing experience, Asus’s keyboard dock is a real treat. The QWERTY is nicely responsive, and the trackpad mouse, USB 2.0 ports, SD card slot, and extra battery add welcome levels of utility.

It’s worth pointing out that none of the computing smarts internals are contained the keyboard section – when you pull the latch on the hinge and remove the display from the dock your ‘netbook’ transforms into a tablet.

The excellent thing about this arrangement is that you can shed half the weight of your portable computer simply by leaving the keyboard dock at the office. And for those occasions when you may need to increase the 10-hour operating life of you tablet by a further 4-6 hours, just pack the dock into your carry-on luggage.

Keyboard dock attached, the typing experience is excellent. This is the same type of quality keyboard we’ve experienced on other Asus netbooks from the Eee range. The mouse, though, is unlikely to be used much, given that Honeycomb is made to be touched, but as more document editing, graphics, and multimedia apps emerge, we expect the mouse will become more useful.

As for the USB ports and SD card slot, these work just as well as they would on a laptop. Simply plug a thumb drive or memory card in and an icon will display on the screen to tell you what’s connected. Press the icon and you’ll have the option to either browse or eject, with both operating quickly. And with an SD card slot in the keyboard dock and a microSD slot in the main tablet section, you have two easy ways to expand the 32GB memory built into the Transformer.

There’s a lot to love about the Transformer, but it’s short of being perfect. We wish, for instance, this computer came with a 3G SIM card slot.

It doesn’t, however, and while Asus tells us that a 3G-equipped model is on the way, with the current model WiFi is the only way online. 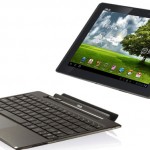 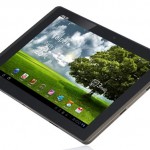 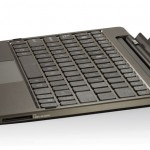 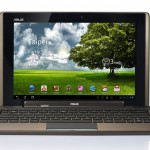 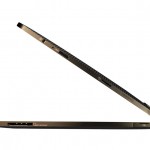 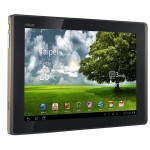 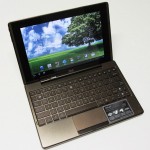 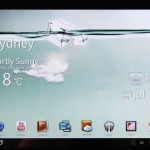 A live wallpaper has been thrown in, depicting battery life with a tank of water that depletes with use. 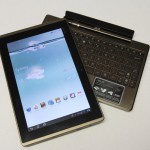 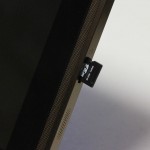 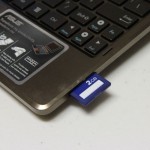 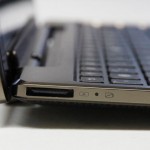 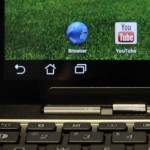 The Back, Home, and Recently run apps icons have been changed by Asus, now clearer than on stock-Android.

The Transformer is also a little heavy. We’ve reviewed quite a few of the 10 inch netbooks – computers designed to be lightweight and easy to carry – but once the two parts of the Transformer are combined, their ‘sum’ weighs as much as some of the heaviest netbooks.

The physical keyboard on the Transformer also exhibited some delay when being used in Android’s web browser. We experienced no such delay, however, when using the keyboard in other applications, although a similar slowdown was apparent when using the touchscreen while it was docked, as opposed to when the tablet was mobile.

At $799, the Transformer costs the same as what a 64GB WiFi-only Apple iPad 2, but offers something more in the form of that really nifty keyboard. If budget is a concern, you can take the 16GB sans keyboard option for $200 less, but you’d be buying the cake without the icing.

We like the Transformer, not just because it endeavours to stand out from the rest of the iPad competition, but because it does so successfully.

A live wallpaper has been thrown in, depicting battery life with a tank of water that depletes with use.