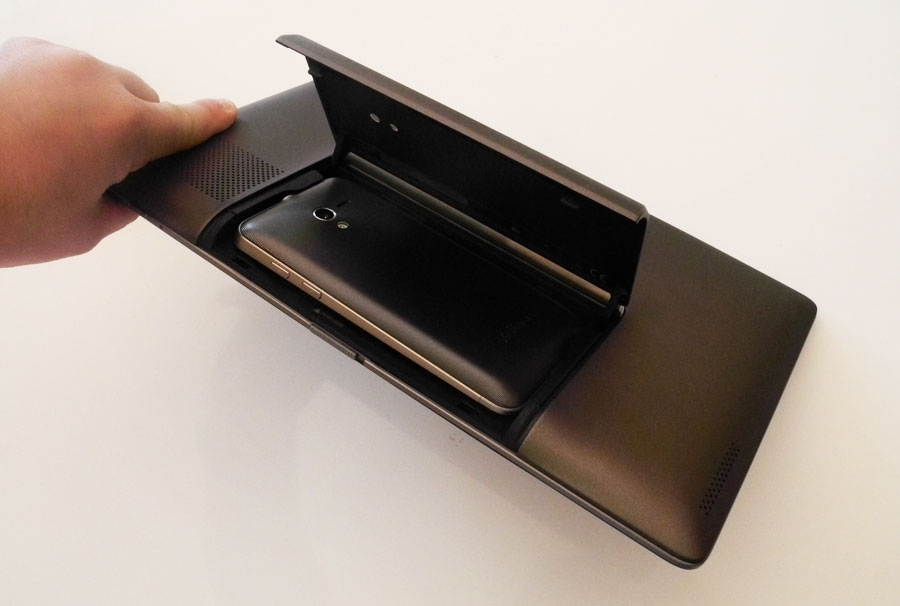 Asus has had some success with its Transformer tablet line-up, combining the design of a netbook with the ease of use that a touchscreen slate brings. Now, the company wants to change the way we think of tablets, by making the tablet rely on the phone with a complete integration.

Unlike any other device we’ve seen, the PadFone is a combination of gadgets, a merging of two separate products designed to provide a solution in one easy package.

It’s a phone, and it’s also a tablet. But primarily, it’s a phone with a tablet casing.

So there are two products. Sort of.

Under this, you’ll find a 1.5GHz dual-core processor, 1GB RAM, and Android 4.0 operating system, ever so slightly off the most recent version, 4.1, also known as “Jelly Bean.” Storage was set to 16GB on our model, but this can be easily expanded through the microSD slot found inside the device.

Connectivity is reasonably high-specification on this handset, with microUSB for charging, 3G rated for 21Mbps downloads, WiFi 802.11 b/g/n, GPS, Bluetooth with A2DP, while multimedia is fairly standard now for premium Android devices, with an 8 megapixel rear camera with LED flash and a low front-camera for use with video conferencing, if you use it.

Then there’s the tablet side of things, which features a 10.1 inch capacitive touchscreen running the standard HD-capable 1280×800 resolution. There isn’t much actually inside the tablet as it relies solely on the PadFone handset to function, so outside of the screen, you won’t find much in this section.

You will find a part carved out in the back that opens up, allowing you to dock the phone and use the tablet. A little latch appears on the top of this section, causing this section to open up so you can slide the Asus phone. Small holes are carved out of the dock cover so you can use the phone’s camera while operating the tablet.

A 3.5mm headphone jack can be found on both the phone and tablet, as well as power and volume buttons. Each devices takes its own power connection, with the PadFone handset requiring the standard microUSB format, and the Station tablet needing the Asus proprietary format we see on the Transformer tablets.

A cool concept, the PadFone is a neato idea that we found ourselves intrigued with since it was first announced last year.

In case you weren’t there in our heads at the time of its announcement, the PadFone ties together the tablet and the smartphone, suggesting that instead of carrying two separate devices with two individual file systems and two distinct mobile plans, you only need one to do the heavy lifting.

Now available in Australia, we’ve had the chance to spend some time with the product, working out if this cool idea is as practical in real life as it sounds like it could be.

From the design of the PadFone, the main product doing all of that “heavy lifting” is the phone, which in this case is a decently spec’d smartphone that has the look of what would happen if the iPhone 4 and an Asus Transformer collided.

It’s not a bad look, mind you, though it can be seen as a tad generic, ditching the lovely luxury look we’ve seen from some of the other Asus products over time.

At least Asus didn’t waste any time with the processor which, with the same processor as what’s inside the HTC One XL and One S handsets, chugs along quite well, providing more than enough speed for most people.

The choice of Android is a reasonably recent Android 4.0 Ice Cream Sandwich, and there hasn’t been much overlay work from Asus here, which is sort of what we’re used to from tablets released by the company. That’s not a bad thing, mind you, and we quite like stock Android, but if you don’t like what you see, there’s always plenty of homescreen replacement options for you to install.

Over to the battery, you’ll find excellent life for this smartphone.

We literally had two full days of use out of the Asus PadFone, and that was without needing to plug the handset into the tablet, an action which recharges the phone.

Two days from a smartphone where there’s still phone calls, texting, social networking, web surfing, and the odd spot of turning the handset into a mobile WiFi hotspot. That’s an impressive life for a touchscreen handset, especially when these days we consider a day and a half of use pretty good for battery life.

Sure, it’s not the four days we had on the HTC One V, but this is also a device that doesn’t have problems in the performance area, providing some decent speed that is comparable to HTC’s One S handset with its dual-core processor.

One of the reasons there has to be decent performance is so the phone can be used inside the tablet shell, which is where the PadFone Station comes into play. Simply open up the back of the tablet and slide your phone on in, switching the tablet on and bringing it to life.

Your phone is now the heart of the tablet, with all your files, music, photos, and even mobile connection still intact. From this point, you can send messages and emails using the large on-screen virtual keyboard of the 10 inch tablet, listen to your music, and even take phone calls with the combined Bluetooth stylus headset.

This last part makes you look a tad silly, mind you, and every time we used this in public – or even in the office – we were looked at as if we were mad. I mean, we were talking by holding a pen up to our ear. You can hardly blame people for looking confused.

Outside of this, the tablet doesn’t offer a bad experience, it’s just a severely weighted experience. Once the phone is inside the tablet, the weight jumps to nearly that of a kilogram, or just shy of one at 853 grams. We’re not one to worry about numbers normally, but that’s a lot of heft for a device you’re meant to hold and type with. In the lap, it’s completely fine, but in the hand, well, let’s just say your muscles are going to increase quickly with this gadget.

You will find that with the phone inside the tablet, your smartphone battery recharges, which is good news for those worried about the slate draining life while use.

The downside of this, however, is that the PadFone Station takes its own charge port, the same one as the Asus Transformer tablets. Charging the PadFone means that you need two chargers: one for microUSB and one for the Asus proprietary port.

It’s also worth pointing out that you can’t use the PadFone Station tablet without the phone in it, as it just simply won’t turn on. This is one gadget that relies on the phone altogether, requiring it to function.

Don’t want to use your phone over Bluetooth and want to use the tablet at the same time? Too bad, as the PadFone needs to be inside its tablet to function as a tablet, similar to how Motorola’s Atrix LapDock computer required the Atrix to switch on.

We’re also a little bugged by the physical quality, with the devices feeling, well, cheap.

The phone’s mixture of an Apple iPhone front and Asus Transformer doesn’t help the gadget have the most unique personality – not like its hybrid concept – but the plastic back doesn’t make things any better, giving off a fairly unimpressive finish with ridged plastic.

At least it’s easy to grip, which is more than we can say for the PadFone Station, a tablet that has a slick almost dirty feeling plastic on the back, and a glass front that is near impossible to not look grubby from your fingerprints.

Asus may be onto something with the PadFone, and for a first generation product, it’s not a bad idea. That said, it’s certainly not for everyone, and we’d probably wait for a second-generation before ultimately deciding.

If you love the idea of a tablet but hate the prospect of two separate devices, it’s worth looking at, especially since the tablet is part of the package. 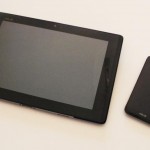 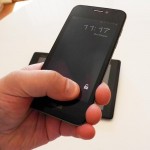 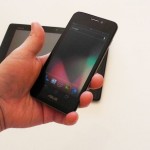 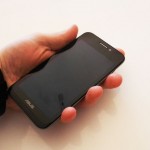 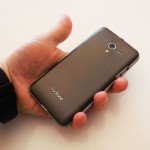 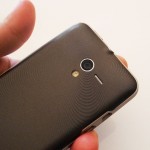 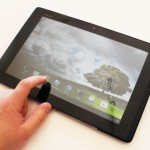 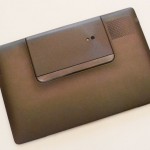 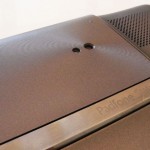 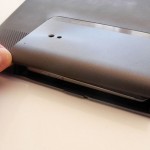 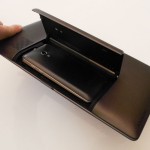 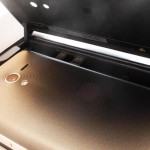 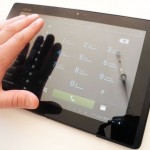 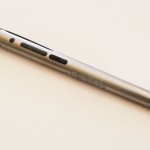 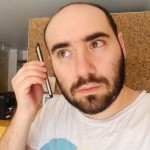 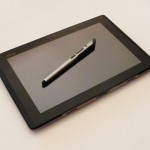 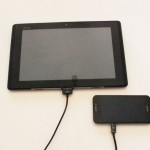 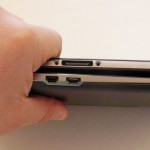 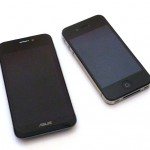 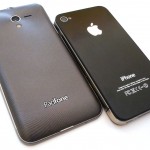 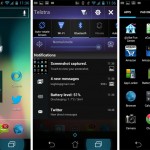 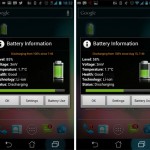 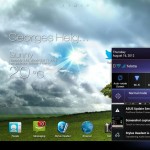 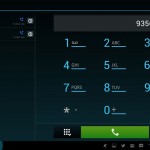 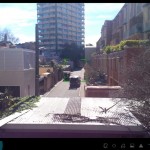