Headphones sure don’t look like what they used to. Rather than stick with the tried and true logic of providing people black boxes for their ears, headphones are now a fashion item, and one of the companies that started this trend is updating, with the sequel to the Solo cans.

The Solo 2 is the latest pair of on-ear headphones from Beats, a company that was started by hip-hop artist Dr. Dre with the vision of creating music playback devices that made the music sound the way the artist intended.

For this pair of headphones, Beats has redesigned the Solo headphone from its original form, tightening up the product and providing an ergonomically sound angle for the earcups, which are made from foam and coated in a leather-like fabric.

The rest of the headphone is made from plastic, with a rubberised padding on the band, and metal used along the inside of the band and on the hinge.

One cable can be found in the pack, and it will match the headphone colour and come with a three button remote as well as a microphone.

A small fabric storage case is also included, as is a carabiner clip.

The idea of fashionable headphones is a bit of “big deal” thing for us. We buy headphones to sound good, not look good, so if we’re spending good money on a pair of cans, we want the audio quality to be the standout feature first, not the other way around.

With the Solo 2 headphones, apparently Beats is looking for the same thing, taking care of the fashionable celebrity look with the Beats logo on the ears, and a logo stamped across the band.

Aesthetically, they’re pleasing enough to the eye, with a single colour draped across most of the cans, accented by a metallic equivalent of that same colour on the rims of the can, and with the Beats logo sitting dead centre in the middle of the outside.

They’re certainly different to many of the headphones we normally see, with either just silver or black and then a big company logo on some of these, but each to his own, and if you think this is the bees knees, who are we to disagree.

The quality is also evident in the build, not just the design work for making these cans look better than your basic set.

We’ll admit it: the durability is noticeable in the construction, with solid plastic on the outside and a metal frame keeping the shape. There’s also a hinge just below the band, which helps to make the Solo headphones foldable, collapsing down for easier storage in a backpack or luggage.

On the ears, that construction is also noticeable, and we’re particularly happy with the weight, which isn’t overly light, but also isn’t dramatically heavy. Due to these cans being supra-aural, you’ll find they won’t cover the ears too much, with the design pressing against your lobes but never totally surrounding them, unless your ears are tiny.

That’s fine, and the Solo 2 headphones are comfortable worn this way, their plush pads providing just another softness to keep you from chucking a tantrum.

But no one wears headphones just to look cool, and if someone does, they’re doing it wrong: headphones are made to let you listen to audio, so how do these sound?

Plugged into our headphone testing playlist, we’re a little surprised as to what we’re hearing, and that is a surprisingly warm and fairly balanced sound. Our last dance with Beats may have tarnished the image for us, but our most recent waltz is changing that rapidly, and here’s why: the sound is pretty strong across the board.

In jazz tracks, there’s a clear and distinct separation between the areas, with the bass coming from the double bass and the drums very noticeable and still sitting just behind the keys of Dave Brubeck in the West Side Story piece “Maria.” Likewise, John Coltrane’s “Blue Train” shined just as well, with distinction in all the instruments, and no one channel really standing out over the other, with the saxophone and trumpet has as prominent as the upright bass.

Rock and pop sounded solid too, and the Imagine Dragons hit “Radioactive” started with its heavy electronic edge, booming through out earpieces on the bass sounds and coming together in the mids and highs as the chorus chimed in. “Gimme Shelter” by the Stones, which hasn’t been as overly engineered in comparison, broke that trend a little, as Jagger’s voice fell a bit behind the guitar and bass work in the song, his mids not quite as strong as the highs or lows.

Based on what we’re hearing, the Beats Solo 2 headphones seem well catered for highs and lows, though unlike some headphones, there’s ample room for the mids to perform, and even though these aren’t quite as strong, the headphones still sound excellent regardless.

Electronic and hip-hop is where we really expect the Beats cans to shine, and that’s more or less what we found, with Mooro’s “M66R6” providing bass stabs and sharp high notes as its electronic line pumped through our eardrums, followed by Macklemore’s “Can’t Hold Us” where its piano line mids took a backseat to the bass synth sounds and the higher vocals.

In fact, the bass in that last one appeared to roll, with detail as the lowest notes seemed to vibrate, something we don’t often hear from the low notes in headphones.

Overall, it’s a much better experience than we’ve previously seen in a pair of Beats headphones, and the amount of volume on offer from the Solo 2 headphones is also quite strong. We found we could sit them at half the volume on our Android handset, and that a little over half provided a level of volume that was overpowering, so if you’re a little hard of hearing, these will appeal to you. Conversely, if you appreciate running headphones at lower volumes, the Solo 2 will work well for you.

One thing worth noting is the cable, and with only one in the box, you might feel a little let down.

At least Beats hasn’t skimped on quality, though, as the 3.5mm headphone cable is thick, strong, and coloured to match your headphones, and with the standard 3.5mm jack on each end, so at least you know replacing it won’t be difficult if it ever breaks.

But given the colour matching, two cables would have been nice, even if one didn’t have a remote, which was the way Beats did things on other headphones.

Not so on the Solo 2, where you’ll be given a carrying case with a carabiner clip, but only one cable.

Frankly, we’d have taken the extra cable over the case we’ll never use.

The latest model from Beats is certainly an improvement on what we’ve seen from the audio brand prior, that’s for sure, with the Solo 2 providing some excellent audio in a design that looks better than your standard boring black cans.

We’re going to say it, and try not to hold it against us, but we like the Solo 2 headphones, as they’re not only good looking, but also provide some great sound.

Are they worth the $259 asking price? We’re not sure on that, as they’re probably a little over what we’d pay for them, but given the brand recognition Beats has, and the fact that these aren’t your regular black boxes for your head, we can certainly see why people would want to don these than another pair. 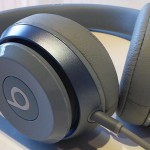 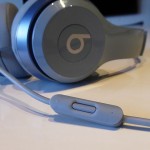 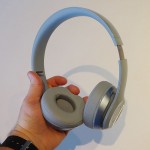 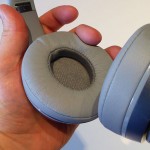 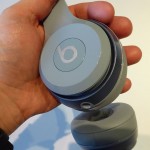 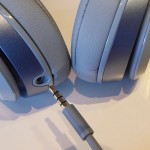 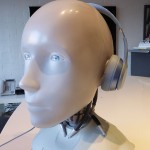 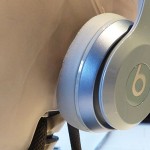 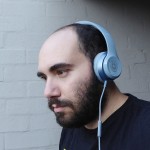 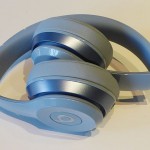 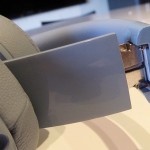 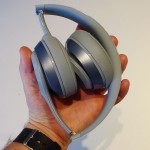 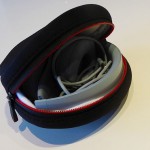 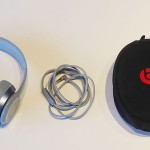