We’ve seen many an iPad keyboard case in the past couple of years, with these products doing their best at turning the iPad into a makeshift laptop computer, complete with the screen angle and flat keyboard.

Belkin’s latest case offers three angles for your screen to sit, a Bluetooth keyboard, and a way to protect both the front and back of your iPad, instead of only the front like in other cases. Is this really the “ultimate iPad keyboard case” like we’re led to believe?

The iPad has seen more keyboard cases than any other tablet, and Belkin’s latest entry is another of these, though from the looks of things, this could be the first the addresses some of the design flaws we’ve seen in cases from competitors.

We’ll start with the basics, though.

The Belkin Ultimate iPad Case is a two part case that features a keyboard section and a wraparound case for the iPad itself.

The wraparound section snaps in place over any of Apple’s 9.7 inch iPad models since the iPad 2 (second, third, and fourth-gen), providing a rubberised case with holes cut out for volume, mute, power, camera, microphone, 3.5mm headset jack, and docking port at the bottom – either the new Lightning or the traditional iPod dock connector.

The inside edge of this wraparound case features a bottom magnet that will be used with the keyboard stand, top magnets for keeping the case closed, and a slightly extended piece of plastic near the iPad’s speaker to help make the sound more pronounced instead of blocked off as it is in other cases.

On the back middle of this wraparound case is a pleather-section that acts as a stand-up hinge, coming away from the tablet slightly when the Ultimate Keyboard Case is switched into the almost-laptop mode that people will likely be buying this case for.

That leads us to the second section, which features a tactile island-key Bluetooth keyboard sitting in an aluminium shell, which is only evident from the outside and acts as cover for the iPad when closed.

The keyboard section also features three magnet strips which allow you to determine the angle at which the iPad sits in the case.

More magnets are present on under the space bar on the keyboard, with these used to give the closed iPad case a firmer hold, while also taking advantage of the auto-standby switch used in Apple’s Smart Covers.

A moulded recess in the case can also be found just under the space bar, which acts as an easier way to open the iPad case when snapped shut.

Belkin includes a microUSB to USB charge cable for the keyboard case.

Up to this point, if you had one of these hinge-based keyboard cases, you had to remove the keyboard case and store it somewhere if you wanted to use your iPad like a tablet, with the keyboard section snapping off if you folded it all the way back.

With Belkin’s case, the word “ultimate” is meant to fix these gripes, while still offering the same useful keyboard we all want our tablet to have.

In this instance, the design is a little different from what competitors offer, keeping your iPad connected to the keyboard at all times through a wraparound case that also protects the back of your iPad, making it much more grippy at the same time.

Closed, the case offers a rubber rear and an aluminium front in a thickness roughly twice that of the iPad, so it’s still not all that big.

Magnets on the inside keep it closed, somewhat firmly, and these work similarly to the Apple Smart Covers by switching the iPad on and off depending on whether or not the case is open.

Opened, and it’s the iPad that can be used either by itself, or standing at an angle on the keyboard section.

We mentioned in the features section that this case uses magnets to set the iPad up in one of three screen angles, which is a first for an iPad keyboard case.

Previously, Belkin has experimented with this idea in a keyboard-less iPad case that used resistant fabric to change the angle of the screen. Used here with magnets, it’s a neat idea, and goes a long way to really bring the iPad typing experience closer to that of a laptop.

The magnets also act as a way of switching on the Bluetooth keyboard, so unless your iPad is sitting in one of these three spaces, it won’t work.

Your iPad can also now be used without taking the keyboard section off, as now the hinge-like section on the Belkin case can be folded in front of the keyboard, deactivating that typing surface and tucking it behind the screen as you hold both.

This is useful for playing games, web surfing, or just holding the tablet, but unlike the magnets that keep the screen and the keyboard locked into position, there’s nothing to hold them here, so you’re basically holding two sections together, though thanks to the material hinge, it won’t fall apart on you.

One thing that could do with some work, though, is the keyboard.

Sure, it’s very thin and does its best to push as much of a full-sized keyboard into a frame that’s marginally smaller than the compact 9.7 inch frame of the iPad, but that also seems to hamper the typing experience at the same time.

It’s not that the keys are poorly spaced – they’re not – nor that the keyboard is too thin or that there is no Caps Lock light. Rather, it’s that some of the keys we’re so used to using feel smaller than they should.

For instance, the delete key on the right – which also serves as backspace – is tiny and thin, as are the numbers. It’s probably not the ideal placement, especially since backspace keys are predominantly wide, and this key, well, isn’t, though that’s probably not why the keys feel cramped.

We think it might actually come from the extended placement of the screen magnets with the three positions taking up just over half of the room available for the keyboard. As a result, this seems to offer not as much room as other keyboards, shrinking the keys in comparison to other keyboard layouts.

Belkin’s use of magnets could be marginally improved, too. We like knowing there are three points where the screen can meet the case, essentially creating three specific screen angles.

Still, only one of the magnet sections seems truly stable, and if you plan to be on moving transport (like a bus or train), the angle and weight of the iPad seems to work best on the magnet position closest to the keyboard.

The first position on the keyboard dock isn't the most stable when you're moving, but works really well when you're stable.

For the other two, you’ll find that when the case is moved, even slightly, the iPad falls forward (middle position) or is pulled backwards (last position). As such, these other two positions only work well on a desk, or a stationary location where movement isn’t likely.

That said, to Belkin’s credit, while the case can fall backward, it doesn’t fall over and onto the floor thanks to Belkin making you store your iPad in a fully connected case, linked to the keyboard by a sort of hinge and the very stand that keeps the tablet upright at the back.

This one part goes a long way to show that inertia doesn’t always need to triumph over technology, which is a gripe we had with the fabric iPad keyboard cases which almost always inevitably fell over thanks to there being no weight or anchor holding them down.

Position three seems to work the best, providing stability in both moving and not-so-moving places.

The so-called “ultimate” of keyboard cases is certainly an improvement on others out there, and even though it has its own faults, is an easy recommendation for anyone after an iPad packing in both a tactile keyboard and some protection for their iPad. 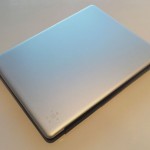 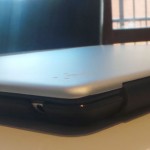 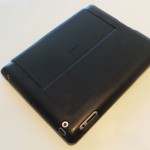 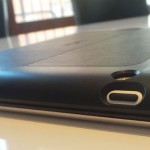 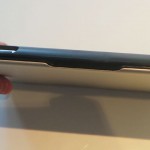 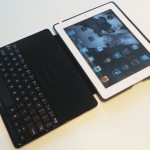 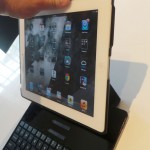 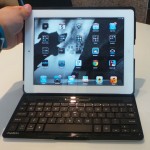 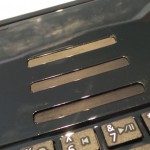 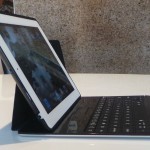 The first position on the keyboard dock isn’t the most stable when you’re moving, but works really well when you’re stable. 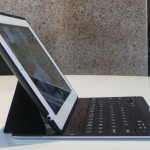 The second position works best when on a stable surface, but won’t fall backwards if shaken while you’re in transit. It falls forward. 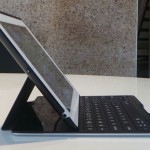 Position three seems to work the best, providing stability in both moving and not-so-moving places. 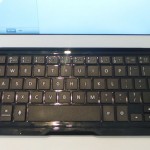 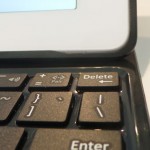 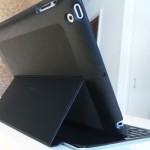 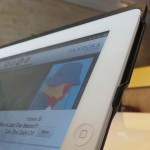 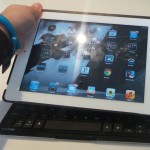 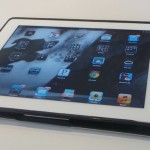 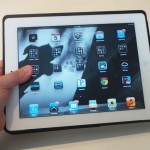 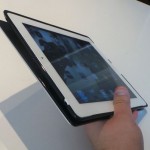 Review: Belkin Ultimate iPad Keyboard Case
Price (RRP): $140 Manufacturer: Belkin
Hooray, a keyboard case where you don't have to remove the keyboard in order to use the iPad without the keyboard!; Acts as both a front and back cover for the iPad, protecting each side; Makes the back of the iPad more grippy; Magnetic lock means the screen switches off when closed just like with Apple's own Smart Covers;
Keyboard is smaller than we're used to and can be uncomfortable; Magnets don't hold the iPad well in top two screen positions; No Caps Lock light;
Overall
Value for money
Ease of Use
Design
4.3Overall Score
Reader Rating 0 Votes
Share
Tweet
Share
Share
Tweet
Share