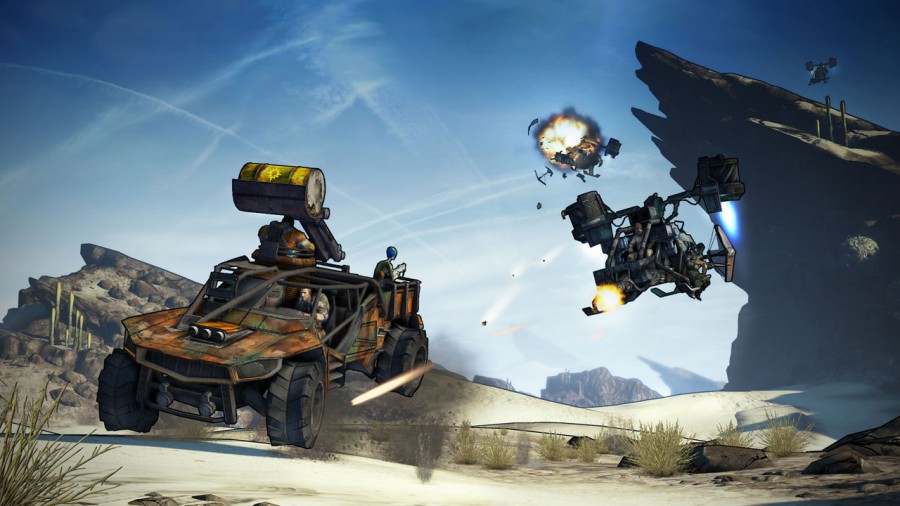 There are some games releases where you just need to cut to the chase and just say it, so we’ll do that here: go and buy Borderlands 2 right now!

Arriving three years after the delicious surprise of the first Borderlands game, the sequel is a sprawling, satisfying, brilliant first person shooter which, if you like collecting ‘loot’ like weapons, cash and gadgets, will feel like you’ve died and gone to gamer heaven.

But in a good way.

It’s clear that the game’s developer, Gearbox, has poured its soul into making the game, and the result is stunning. Creating an entertaining, humorous, detailed environment with a comic-book look, the world of Pandora in Borderlands 2 is an epic achievement.

With a scalable challenge system, an extraordinary array of differentiated enemy characters and the most extensive collection of ‘loot’ you’ll encounter in any game, Borderlands 2 builds on the strengths of its predecessor to emerge bigger, better and funnier but, most importantly for many gamers out there who just want a great game to play with their friends, it also offers what we believe is the very best co-op experiences ever made.

As the game starts, players will choose which character class to use, but they’re not stuck with that choice if later it turns out it doesn’t suit them.

Those types are fairly traditional – Salvador who is a ‘tank’ type called a ‘Gunzerker’ and great with heavy weapons, a warrior type in the commando Axton, an assassin called Zero, and a magic user Maya the Siren.

Although you have to start your character all over again, with ‘rookie’ stats, you can choose to switch character types at any time in the game, and that is just a superb design decision by Gearbox.

This is made even more so by the fact that, if you play in co-op mode (which you should) and the person you play with is more advanced than you, with a higher experience level, the enemies are tougher to compensate but the experience points and loot are more generous, effectively ‘levelling up’ your character quicker.

Playing in co-op mode also makes the game experience more fluid, allowing players to complement each other through supporting playing styles, double teaming in driver/gunner scenarios when using vehicles, directing each other to the best loot pickups and working together to bring down the more challenging ‘boss’ characters.

And they can be very challenging.

Gearbox garnered a lot of attention recently by going on record to talk about one of the boss characters that is near-impossible to beat. The operative expression here being ‘near-impossible’, not actually impossible. But if players choose to take it on, the rewards for success are unmatched, with the boss dropping valuable loot that can’t be found anywhere else in the game.

Liberally sprinkled with some genuinely amusing humour, Borderlands 2 is one of the most rewarding games we’ve played for many months.

You’re quickly introduced to the ‘CL4P-TP General Purpose Robot’, or ‘Claptrap’ for short, and he proves to be one of the most consistently entertaining characters in the game, but he’s just the tip of the iceberg.

There are many other pivotal characters in the game, all of whom are capable of eliciting some decent belly laughs as you play – we’ve played through the game several times already and still laugh at Scooter’s “You’ll never take me alive you robot sumabitch!” every time, despite knowing it’s coming up.

The arch villain in the piece is a guy called ‘Handsome Jack’, providing a constant barrage of goading insults to the player by way of intrusive voiceovers as you play – and even these are mostly funny – spurring you as a ‘Vault Hunter’ on Pandora to work your way through his lieutenant gatekeepers to finally get to him.

Along the way, you ‘level up’ your character, gaining experience, weapons and abilities. This is critical, as certain weapons, or weapon modifiers, can only be handled by characters at a certain level, but you have the option to collect them anyway and carry them until you reach the required level, or stow them in your home base until you’re ready.

Main missions are carried along by an overarching story and there are multiple side quests that you can elect to follow or ignore; if you choose to do them, it significantly extends the already-lengthy gaming experience for you.

It’ll sometimes feel a little ‘samey’ as you travel to a specific place, engaging in a chaotic battle and then sweep up all the loot, but there’s an enormous selection of things to do, the game is continually surprising, energising and often hilarious and you won’t get better value for your money from any game this year. 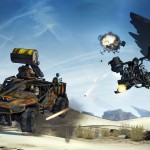 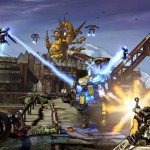 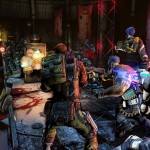 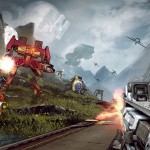 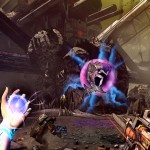 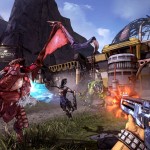 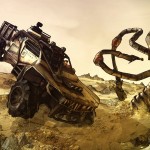 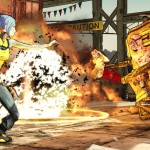 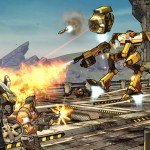 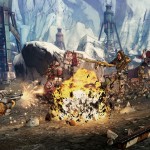 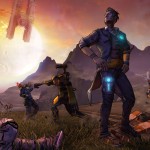 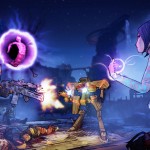 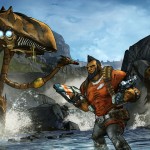 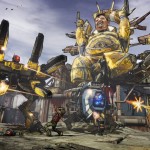 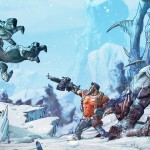 BioShock 2 to have a multiplayer option