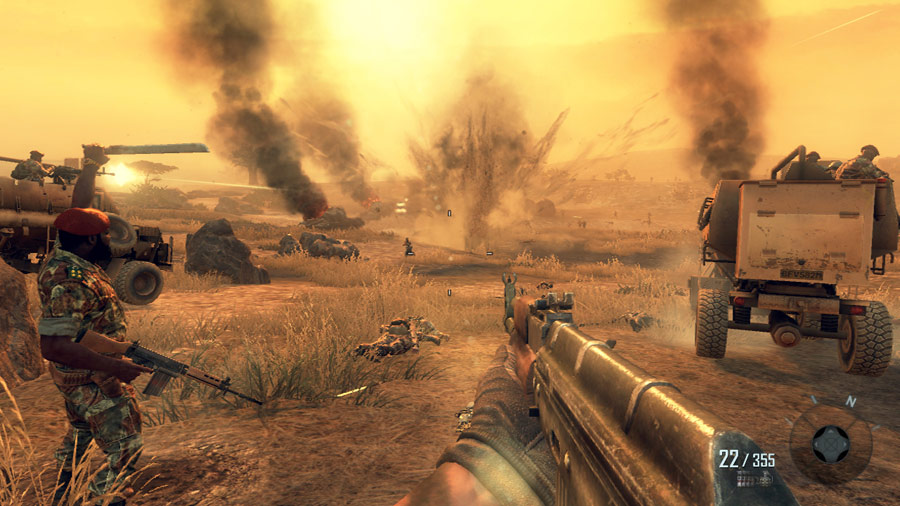 Games like Call of Duty have never really had much to do with realism, despite their lofty claims of employing bona-fide military personnel to act as consultants when they’re being developed.

But with their traditional structure of serving up fast-paced, daredevil antics in bite-sized mission sections, they’re perfect fodder for the attention deficit Generation Y & Z crowd, compounding as they do about 100 lifetimes worth of ‘realistic’ action into a single game.

While Black Ops II, probably the most anticipated video game release this year, repeatedly notes in tiny writing at the bottom of the screen that a forthcoming mission is ‘based on real events’, it’s clear that that base is very loose indeed, and they just want you to have fun with it.

And there’s a lot of fun to be had.

There’s a dramatic opening video scene in Black Ops II, complete with chanting insurgents and people burning to death, so you know pretty much right away that this is a game for mature players – indeed, developer Treyarch sensibly and sensitively give you the option to ‘enable graphic content’ from the very outset of the game or not, of course, if you so choose.

While I can’t imagine anyone buying this game disabling the feature, it’s a handy inclusion for copies bought by old granny for little Johnny’s birthday.

As you strike out and choose ‘Campaign’, there’s an intriguing menu option labelled ‘Zombies’. And these are proper zombies, in the tradition of ‘fear from the sense of overwhelming inevitability’ Walking Dead-style zombies that amble relentlessly towards you, not the fast-moving, tooled-up variety seen in more modern movies.

Selecting ‘Zombies’ throws you straight into the ‘Black Ops II Zombie’ game, allowing multiplayer gaming via Xbox Live, Local Co-Op and, amazingly, System Link. Game modes comprise ‘Tranzit’, where you have to survive rounds of zombies and travel around, Grief and ‘Survival’, in which you’re expected to prevail despite being given limited weaponry and without any game perks or other advantages.

The game takes a humourous apporach to a Zombie apocalypse – one of the very first things my character said when I ran out of ammo in game one was to the effect of ‘Agh! How could I have fired off all my ammunition so quickly!’ – very self aware! Zombies mode has attracted a lot of fans to the series, and it manages to be both creepy and funny at the same time here, too.

In the Campaign proper, though, you’re immediately dropped into Angola and into a pitched battle against the MPLA, the Movimento Popular de Libertação de Angol. Pretty soon, you’ll have fought a frantic battle on open ground against hordes of dastardly MPLA, brought awesome air support down on the enemy, blasted a Hind helicopter out of the sky, set ferocious bear traps in a shallow river, swung across a mountain using a futuristic clamping device like Spider-Man and leapt from a cliff deploying a wing-suit before parachuting onto your objective.

And that’s just in the first half hour or so of the game.

This variety in gameplay persists through Black Ops II; in quick-fire bursts you go on to wield sniper rifles, control unmanned drones, operate turret guns and engage in just about every play style you can imagine encountering in a war game – and some you can’t, too, given that part of the game is set in 2025.

And you get to control ‘Ziggy’, but we won’t spoil the surprise, in case you haven’t played the game yet.

Before each mission, there’s a simple and clear ‘loadout’ screen allowing you to switch out primary weapons for your next mission, attach new toys like a thermal imaging scope and decide what extra goodies you want to carry with you.

It’s an effective system, as clear and quick as it needs to be without being bogged down in the kind of increasingly complex, 3D menus you see in a lot of games these days, so all credit to Treyarch for keeping it simple, stupid.

During the campaign, you play either regular missions set in three different time periods or ‘Strike Force’ missions, the latter being a much more tactical kind of play mode, during which you use an overhead view to direct and control troops, ‘CLAW’ and other remote units and sentry guns.

If you like, you can ‘jump’ into a unit, taking direct control of it but these missions seem designed for you to remain in the tactical overhead view, so you’re more likely to succeed if you do.

The tutorial for controlling all of these is brief (although can be repeated) and it feels like you’re thrown into the first Strike Force mission without being fully prepared for the onslaught, although you can opt out altogether if you want and concentrate on the main missions. I hated these, so did, mostly.

Call of Duty games always attract an enormous and loyal following in multiplayer and it’ll be no different for Black Ops II.

While the game modes seem pretty standard – and the novel Perks are present and correct – the execution is still top-notch, so there’s no reason to believe that multiplayer will be any less popular this time around.

For us, however, we’re getting tired of the same old multiplayer modes and really look forward to the day when a competent developer decides to change the status quo and actually try and innovate on the usual mindless fare of racking up kills in death-matching.

COD’s narrative is pushed along as you reach ‘trigger points’, so one minor irritation is that you can be in what you think is the right spot, but the game fails to move on because you’re not actually where the game needs you to be, introducing a little trial and error to some missions.

On the up side, the same trigger-initiated design means that the game will wait for you at certain junctures, so even though things are blowing up, people are shouting and everything is crashing around your ears, imparting a sense of urgency to proceedings, you can take your time to get to the checkpoint, and even stop to admire the scenery if you like.

Which you will want to do, as Black Ops II may take you by the hand and drag you along its linear path, but that same limitation means that the artists can go crazy on making your world of hurt look beautiful and they’ve done splendidly, creating generally impressive environments with the occasional ‘oh my god!’ moment thrown in.

A lot of companies these days charge in very early and very hard with their PR and marketing efforts, creating over-excited hype around their games for months that promise the earth and, almost inevitably, generate crushing disappointment when they finally arrive. November seems to be the mad month for releases and we’ve already seen several so-called ‘AAA’ titles suffer just this ignominy.

But not so for COD: Black Ops II which, while pretty much following the formula established by its forbears, decisively leading the player by the hand through a fairground-style ride, produces a vivid, exciting military-themed shooter experience that touches on just the right mix of mindless blasting and considered tactical movement.

Not only that, but it’s most likely the first and last tine you’ll ever witness a game that features a virtual representation of CIA chief David Petraeus. 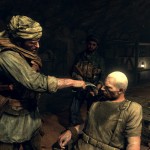 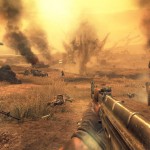 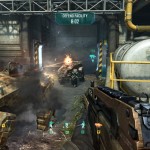 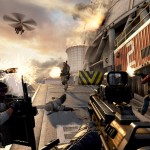 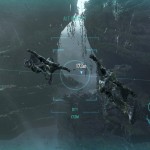 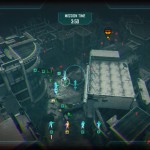 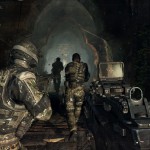 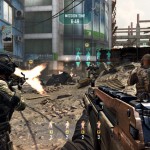 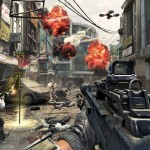 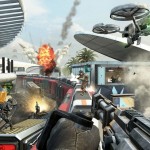 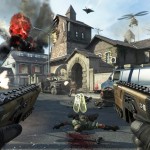 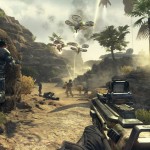