Dirt 3 is the latest rally racing game from the masters of the field, UK outfit Codemasters. Improving on nearly every aspect of the last iteration, without removing any of the goodness that Dirt 2 brought us, as an entertaining, not overly-serious videogame representation of rallying, Dirt 3 is near perfect.

There’s only one gripe, so let’s get it over with quickly. Integral to rally driving is the handbrake, which doesn’t quite operate like it does in a regular car. Instead, it’s ‘looser’, allowing the driver to hoist it up to help start a turn and, instead of staying up, it then falls back to the ‘off’ position as you let go. Pro rally drivers, if what they say when you go on a rally driving course is true, use the handbrake to execute turns – especially hairpins – virtually all the time. In Dirt 3, you’re not going to be able to do that because the handbrake invariably puts you into an instant spin, certainly on Intermediate level, rendering it completely useless. Instead, you need to rely on executing tight turns by tapping the regular foot brake, getting back on the power and counter steering and, while it works, it’s nowhere near as convenient.

Everything else about Dirt 3 is majestic. The two most impressive aspects are the visuals and the content. Dirt 3 is a stunning looking game, with gorgeous car models, superbly atmospheric lighting, great particle effects, especially in weather and plenty of incidental detail, like spectators or marshals madly scrambling for cover as you come barreling around a corner towards them.  There’s a huge amount of content to play through, with a fancy menu system revealing each event series with just enough speed to forgive the brazen flair and offering amazing depth. There is often a choice, within a single event, of tackling it with vehicles from different eras; the 70s, 80s, 90s, or ‘Open’ (meaning ‘modern’), which tremendously boosts the replay value. Selecting the car/team combo that offers the most XP points isn’t always your best option. There’s so much variety in the vehicles on offer, and significant difference in the way each handles, that it’s often a better idea to go with a car you like to drive. That monstrously powerful Ford RS2000 might look pretty sexy, but if you’re just starting out, you might find it easier to stick to an Impreza or the friendly Fiat 131 Abarth.

Experience, or ‘XP’, points are awarded after each outing and there’s a good rewards system that seems inspired by EA’s ‘Need for Speed’ series, with thumping ‘stamps’ on the menus revealing new team sponsor offers or unlocked goodies as you progress. The controls are sensitive, not just with the handbrake but with the twitchy steering in general. This can’t be adjusted, so you have to get accustomed to the sensitivity, navigating trickier bends with deft touches on the controller buttons to get around. Novices are catered for with a (very distracting) bright green racing line that overlays the tracks if you choose lower difficulty settings, but this can mercifully be switched off, or limited to braking points, in the options.

There’s a lot more of the traditional point-to-point rallying in this year’s game, but racers can also try their hand at rallycross, ‘landrush’ truck and buggy events and some rip-roaring ‘sprint’ races that stick you in a blindingly quick vehicle for an all-out time attack. Variable weather conditions increase the challenge, and damage effects – which can be set to cosmetic only or ‘full’ – are very engaging. More serious racers will choose to play in cockpit mode, where visibility is much reduced and damage can strongly affect your chances of placing well, so these settings make a great longer-term objective for casual gamers.

The brash new ‘Gymkhana’ discipline is introduced very cleverly in the game, available after you complete the first couple of event trees. It’s a tutorial, but is presented as a new unlocked event, making a seamless transition to the new format. That’s good, but what isn’t is the lack of any actual tutoring by Ken Block, the personality chosen for the exercise, and it’s sorely missed when you get to the drifting section, because there’s an art to drifting and if you haven’t done it before and don’t know how to do it, it can be a little frustrating to get right.  The more conventional rallying events are interspersed with Gymkhana sessions, so you’re going to have to get to grips with the tricks of the trade, whether you like it or not. 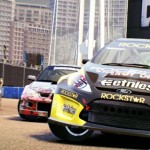 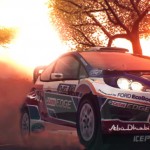 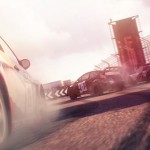 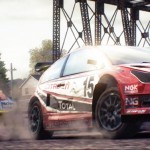 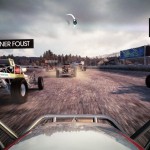 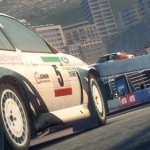 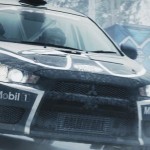 Drifting makes up a significant – but not substantial, thank goodness – part of the game, particularly in the Gymkhana events. Personally, I hate it. But I definitely see the appeal of putting the car sideways and the skill of holding it in the drift at high speeds while worryingly solid, stationary object whizz by, so can’t criticise the game for that. Fans of online play will enjoy the offering, including derivative but fun ‘Transporter’ capture the flag and ‘Outbreak’ chase modes in the Gymkhana arena, as well as a more serious ‘Pro Tour’ offering. Social media junkies can elect to post their mesmerizing driving skills directly to YouTube for the world to admire but, for the less ostentatious racing fans, the lack of the in-your-face ‘Autolog-style bleating found in EA’s racing games is a very, very welcome omission.