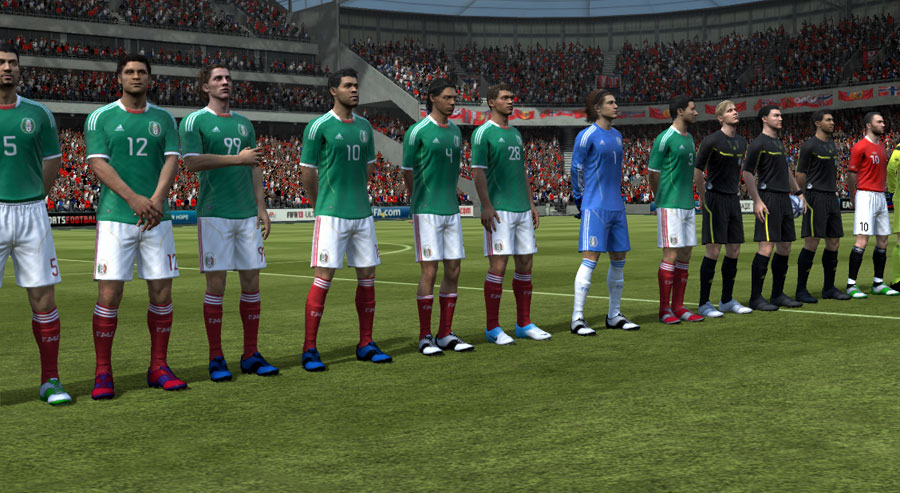 EA is a powerhouse publisher producing several blockbuster video games and it doesn’t get more blockbuster, at least for European customers, than FIFA.

This year’s game, FIFA 13, presaging the new season in the title as is always the case, for footy fans (by which I of course mean soccer fans), is a masterpiece.

It’s polished, (EA Sports games almost always are), graphically impressive and, provided you buy the game at full price and get the ‘online pass’, a comprehensive offering that will allow gamers to play a quick fixture against mates at home, go online and seek out some global competition or dive deeper into a series of full seasons that could see them still playing the game until this time next year when FIFA 14 arrives.

That’s the way with all sports games, if they’re good enough to want to make you play all year round, and FIFA 13 certainly is.

Which isn’t to say, however, that EA gets everything right. And top of the list of wrong things is the dreadful, laboured manner in which you start the game. It loads, it gives you some splash screens, it loads again, it connects to the EA servers, it asks you to redeem an online pass, it loads again, it updates rosters, it presents you with another decision, and so on and so forth.

This happens with virtually every EA Sports games these days and, for someone who grew up with Madden and NHL on the Sega Mega Drive, we long for those halcyon days where you could stick the cartridge in the console, fire up the game and be playing in a few seconds.

Happily, the game play in FIFA 13 is very, very good. Even greater control has been handed to the player this year, allowing a slowing down of key encounters with pesky defenders, and the on the Xbox 360, the ‘B’ button proves consistently effective and handy for hassling the opposition when you’re not in possession.

The non-player AI is excellent and you’ll often see them putting a hand up and calling for the ball when they’re in a good position to make a run – ‘intelligence’ that’s impressive to see in any sports game – and occasionally even accurate commentary to accompany the call.

In fact, the commentary is strong overall; a component that EA doesn’t always get right (it’s atrocious in their NFL counterpart) but, in FIFA 13, there’s interesting commentary to complement the on-field narration, and it’s impressive to hear.

Attention has been given to control over your first touch of the ball, and there’s a noticeable improvement over last year’s game, with success at controlling a long, high pass, say, being dependent on all kinds of factors and player attributes, and not a ‘given’ that you’ll handle it perfectly.

The superlative presentation values even carry over to those in-game loading sessions.

There are some nifty and quite entertaining mini-games to try while your game is loading that test various skills and truly come in handy in the matches themselves. And completing them successfully results in being awarded points!

The real meat of the game is in the Career mode (but also Ultimate Team mode, if building your dream team is your thing) which, just like the similar mode in Madden NFL 13, comprises a hugely exhaustive  – and sometimes quite exhausting – offering that presents players with schedules, emails, team management, tasks, trading cards, contract negotiation, challenges and all sorts of other stuff to have them feel like they’re living the dream of being an actual player or manager.

It all works well, beautifully arranged and laid out on the screen for simple navigation, allowing gamers to immerse themselves in just about every aspect of the game a real-life counterpart would have to tackle.

It’s great, to be fair, and extends even to the EA Sports Football Club, where it’s possible to spend experince points gained elsewhere in the game to buy new gear.

Here, you can also ‘jump’ straight into one of the top soccer matchups taking place that very week, in the real world, and see how you fare, which is a great addition.

One criticism that is most likely a consequence of our own poor skills rather than the game itself is that we still find that we’re quickly trounced by the ‘computer AI’ if we go for a single-player game against an ostensibly evenly-matched foe. While these computer people do sometimes commit errors, they seem unnaturally precise and clinical to us, putting together plays that seem almost too good to be true.

Also, the penalty shootout mechanism is very fussy and quite difficult to master, and we’re still utterly hopeless at making any use of dead ball situations at all.

But then we are rubbish at soccer games. If you’re not, you’re going to want to buy FIFA 13 as soon as humanly possible. 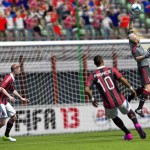 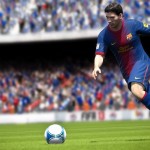 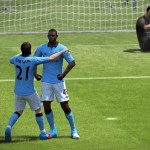 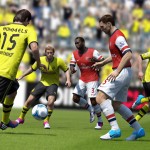 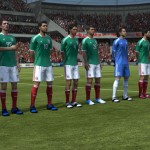 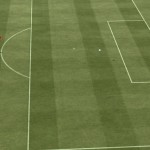 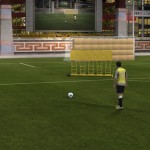 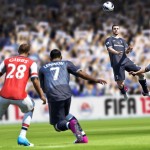 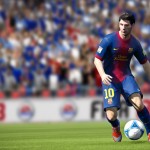 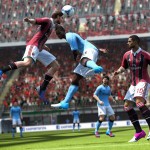