Tablets were originally designed to be small touchscreen computers for you to take places, but could they be useful on desks and laps if they were made big enough? HP decided to test the waters and find out, with the company’s Rove 20, a tablet with a 20 inch screen.

Positioned as one part tablet and another all-in-one, HP’s Rove 20 is a unique product.

Under that screen in an Intel Core i3 processor from the fourth-generation, also known as “Haswell,” clocked at 1.7GHz, working alongside 8GB RAM and a 1TB hard drive. HP is relying on Intel for the graphics, using fourth-gen HD graphics from the 4400 chipset.

WiFi 802.11 a/b/g/n is included, as is Bluetooth, and connection options are provided in the form of three USB 3.0 ports, 3.5mm headset jack, and an SD card reader.

A webcam can be found up front, as can the typical Windows start button at the very bottom of the frame, while physical buttons can be found in the form of a rotate lock on the left, power up top, and a volume rocker on the right.

Windows 8 runs on the HP Rove 20, and provides audio with the assistance of Beats.

When you think of tablets, you generally think of small computers that are easy to take with you, and generally quite transportable, so the idea of a 20 inch tablet is a little strange.

It was, for all intents and purposes, a beast, and deserved that nickname of “Dragon.”

We can’t imagine it did terribly well, because HP never released an updated model.

Now, in 2013, HP has revisited the idea of a 20 inch portable computer with the Rove 20, a Windows 8 tablet that features a massive 20 inch screen.

We’ve already covered the specs, so we’ll look at the design first, which has us sitting on the word “generic.” Rather than give the Rove a neat look, it’s literally a plastic tablet with a big piece of glass on front for the screen and a black frame around it.

You could say the design is simple and minimalist, but it just seems ordinary to us, with no extra thought applied to the design outside of the fact that it’s a softened rectangular tablet. Even the HP TouchPad felt like more attention had been paid to the design.

The one area where HP has done something decent is the stand, which allows you to use the Rove 20 in a number of ways: flat, close to flat, at a slight angle, or at close to a 90 degree angle, and anything in between. This part of the design feels well built and keeps the tablet sturdy, which is good seeing as it weighs a whopping 5 kilograms.

You can also collapse the stand into a recess underneath the unit, and a button on the back will make it easy to release that stand later on.

Moving over to performance, this is an oddly classed device.

It’s a tablet, sure, and yet it’s a tablet you’ll likely keep plugged into power at all times. Seriously.

The 20 inch size and obscenely heavy weight does this thing no favours, and even when you stick it on your lap to play some games or do some massive couch-based web surfing, it’s not a particularly comfortable usage scenario.

While a big tablet makes a lot of sense if you’re replacing a computer, especially since it can be an all-in-one computer that has some portability applied to it, HP hasn’t done itself any favours when it comes to choosing the parts that make up the Rove 20.

For starters, there’s the screen, which most would argue is one of the more important parts of any tablet.

This compromise on screen quality not only highlights pixels, but shows how poor quality the screen is, and is lower grade than what appears in some computers with much smaller displays.

There is no reason why HP should have gone with anything below Full HD 1920×1080 in this computer, and it’s the minimum we expect in computers with at least 15 inch screens these days. In fact, the 20.1 inch Dragon HP released in 2007 had a better resolution, and that was six years ago.

Seriously, HP should know better than to deliver a sub-par screen, especially when people see such high quality displays on smartphones and tablets.

Up close, it's pixelated text that can hurt your eyes. Great.

It should also know better with regards to the technology inside the tablet, because a Core i3 tablet – even one with a recent fourth-generation Haswell processor – just doesn’t seem to cut it, and you’ll see the odd slowdown in applications, especially when you’re running anything with graphic power.

Overall, it’s not a terrible performance, but it’s not the best it could have been, and we’re a little surprised to see 8GB RAM paired with such a mediocre set of specifications, especially since there’s a fair amount of storage here to make use of, 1TB to be exact.

The keyboard and mouse that come with the Rove are equally quite poor, and while everyone knows they can just as quickly replace these with any wired or wireless peripheral out there, it’s a move you’ll almost definitely want to do.

Both are very generic, and the keyboard has so much movement that it’s very easy to accidentally press the wrong characters while quickly typing. Slow typists won’t have a huge problem with this island-key style keyboard, but the faster of you might, and it’s just not a terribly comfortable keyboard.

On-screen keyboard? No worries. Full screen, though? Nope. Not here.

Interestingly, the on-screen keyboard won’t blow up to match the full-size of the screen, either, so if this is on your lap and you stick to the virtual on-screen, you don’t get a particularly wide set of buttons to push.

There’s also a battery in here, but it’s only good for 2 to 3 hours, so don’t expect to be unplugged for that long.

The price also stops us in our tracks, delivering a mediocre computer inside a giant touchscreen for $1500.

That’s a lot of money, and when you can buy better touch-enabled Ultrabooks for that price, you’re really paying for the big screen, which as we’ve mentioned, suffers from being poor quality.

How big is the HP Rove 20? That white rectangle is an iPad 2.

HP’s return to oversized portable computers is an interesting one, but it doesn’t make a lot of sense. We could see it being useful in maybe a kitchen, but since the whole idea of a tablet is to be portable, the ridiculous size and weight really prohibits that aspect.

Add the fact that the parts don’t really make-up the cost HP is offering Australians, and you have a device that’s hard to recommend. 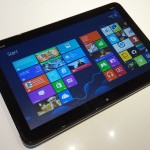 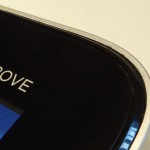 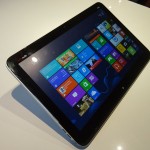 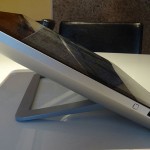 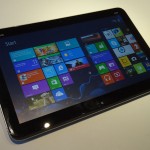 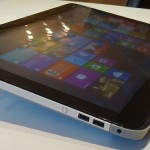 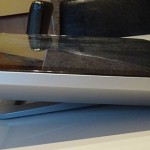 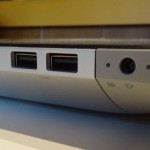 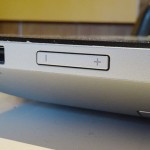 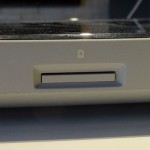 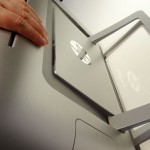 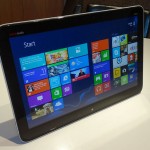 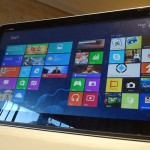 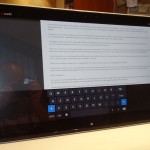 On-screen keyboard? No worries. Full screen, though? Nope. Not here. 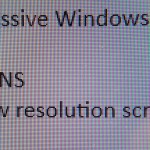 Up close, it’s pixelated text that can hurt your eyes. Great. 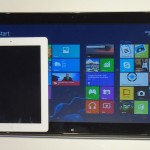 How big is the HP Rove 20? That white rectangle is an iPad 2. 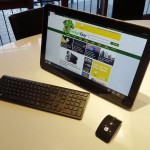 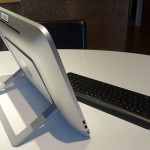 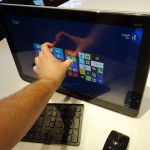 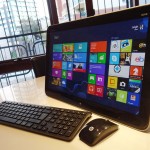 Kogan crafts a “high end gaming” laptop, but is it?

HP reinvents the computer for the creative and their kids