School’s almost back, and that means it’s time to look for computers for the kids. HP might have an option for this in its Stream line-up, with the $229 Stream 8 tablet.

HP’s first tablet to bring Windows 8 on a budget is here, and it’s called the Stream 8, one of the first computers to bear the “Stream” name for HP which basically suggests “budget computing to go made for students”.

As such, you can’t expect blistering performance from this tiny tablet, but you can expect more than the netbooks of old, especially with an Intel quad-core Atom Z3735 (Z3735G) processor inside, paired with 1GB RAM and working alongside 32GB storage, the latter of which can be upgraded thanks to a microSD slot found under the removable rear cover.

Windows 8.1 arrives on the tablet out of the box, with Microsoft Office 365 included as well, there’s an 8 inch In-Plane Switching screen running a resolution of 1280×800 with multi-touch included here to let you actually use the machine.

Wireless support is included, too, with 802.11b/g/n WiFi, GPS, and Bluetooth 4.0, with wired ports catered for over 3.5mm headset jack and a microUSB charge port.

Two cameras are here, available through a 5 megapixel rear camera and a 2 megapixel front camera, with the rear camera capable of Full HD video, while the front is 720p HD only.

Plastic is the main material used in the body construction, with a glass panel up front, but not much else. HP has included two buttons along the top edge catering for power and volume, but you’ll also find a soft Windows home button on the front under the screen.

The rear cover is removable and will show a 4000mAh battery, as well as the aforementioned microSD slot.

In 2014, Microsoft got tired of Google beginning to eat into its budget computer market.

A sector that at one point was dominated by Windows XP — during the time of the “netbook” — entry-level computers with Windows are being threatened by laptops running Google’s Chromebook operating system, a platform that brings the flexibility and security because it’s basically a version of the Chrome browser, and therefore will let people surf webpages, do the social networking they crave, and thanks to online office apps, even get some productivity done.

To try and combat Chromebooks, Microsoft has been working with manufacturers on Windows machines that can bring the cost down significantly, making a Windows machine as cheap as a Chromebook, essentially introducing small Windows 8.1 tablets and laptops under the $300 mark.

HP’s Stream 8 is one of these, and the second budget Windows 8 machine we’ve seen, coming just after the Pendo Pad 8, with both offering an 8 inch tablet for around the $200 mark.

Picking up the HP Stream 8, it’s hard to get excited over what you have in your hand, with a combination of glass and plastic that feels a generic as it gets, though better built than some of the other basic plastic machines we’ve seen thus far.

It’s not a very sexy machine, and it’s certainly no Apple iPad, but HP has at least made the Stream 8 comfortable to hold, and with a weight of just over 400 grams, it won’t tax the hands too much either.

Fortunately, there’s more going on here than just a plastic body, because inside the HP Stream 8 is one of Intel’s “Bay Trail” system-on-a-chip processors, with the Atom Z3735, a processor that brings a small amount of grunt to low-end systems, resulting in just enough processing power for people who don’t need much more than web surfing, office documents, and the odd low-end game.

HP has paired this with 1GB RAM, which isn’t a lot, and isn’t upgradeable at all, though you do at least get 32GB of storage, which means after Windows 8 is installed, you’ll have 23GB to work with.

This storage supply isn’t a massive number, but thanks to the inclusion of a microSD slot, you can raise it up to a larger size if needed. And if not, the 32GB amount is larger than some of the other tiny Windows tablets out there, such as the Pendo Pad 8, which this obviously competes with and arrives with 16GB itself. In fact, the two offer variants of the same Intel chip, so you know roughly where both sit in terms of performance.

And in that area, what HP is offering here isn’t a high-speed Envy laptop nor is it one of HP’s business grade tablets.

Rather, it’s a small tablet that seems to offer some modest performance, loading up Windows relatively quickly, and with apps loading up efficiently if you’re into writing, web surfing, and working, though there’s not a lot of innards here, so we’d steer clear if you plan to play more than Fruit Ninja on the machine.

Writing is also pretty snappy here, and while we’d still prefer a physical keyboard to work from, if you only had the touchscreen, you could get some writing done here thanks to the quickness of the touchscreen in this machine.

Overall, HP’s Stream 8 will do the job, and it will even do it in a better way than what we saw of HP’s 8 inch Pendo Pad competitor, with very little of the lag we saw on that model evident here, telling us that this is more than just a hardware clone, and HP has clearly tuned some of the system up.

Touch is also acknowledged quite well on this system, and while the 8 inch screen is small and not running the best small display resolution ever, we found the gestures to be relatively snappy.

Over to battery life, and this one isn’t bad, with the handheld tablet generally sitting at around six hours or so, though our battery testing app is all across the board on this one, jumping between five hours and reaching all the way to 13 hours dependent on what we were (or weren’t) doing.

Our tests show the HP can generally survive a good six hours of use, though, and if your WiFi is switched off, you might reach a little more, with as much as eight hours expected from HP’s end.

Furthermore, HP has made the charge port microUSB, meaning the connector used for common smartphones and tablets can be used here, charging the tablet in the space of a few hours, or boosting it in between classes.

Cameras are also included, though we wouldn’t lean hard on either. While there’s a 5 megapixel module on the back and a 2 megapixel one up front, these will mostly be useful for the odd snap, but not much else, with no flash for either, and performance that can be beaten with most mid-range smartphones easily.

You’ll also find a full copy of Microsoft Office 365 here, valid for a year, as well as a modicum of free internet access through the iPass network, which HP has an agreement with to provide internet access for customers around the world.

And that’s mostly it for the Stream 8, as HP brings its expertise for computers to an entry price point.

There are some things that weaken the package, but they are minor, and to be expected with a cheap computer.

For instance, the finish is very plasticky, and so plasticky that it’s hard not to see the Stream 8 as anything more than a cheap tablet, with a generic black frame, two buttons — power and volume — and a feeling that yes, this isn’t high-end kit.

The screen resolution could also be improved, with the 1280×800 resolution barely considered high definition, and sitting below the 1366×768 we generally see on other 8 inch Windows tablets. That said, it does have great viewing angles, and unlike the similarly priced Pendo Pad 8, we found no screen sensitivity issues, meaning our touches and gestures were recognised throughout the use.

That said, there are only five points of touch offered on this display, and so if you need to use more than one hand on the small screen, good luck to you. It could even do with a bit more brightness, as if you’re in a well lit room, the Stream 8 can appear a touch dull.

And hey, there’s no way of getting this tablet to show on a bigger screen, as HP has removed the display out port, which would normally be either a microHDMI or miniHDMI port, thought neither have been built into this model.

HP also hasn’t included a microUSB to USB converter in the box, which is a relatively easy accessory to find, though it would have been nice to see it here.

We’re grateful for Bluetooth, which will make an external keyboard or mouse relatively easy to throw in, but a USB on-the-go adaptor would have been nice, all the same.

It’s hard to find a reason to be disappointed with HP’s Stream 8, one of the first budget Windows devices from HP and a good starting point for a student who needs a full version of Windows 8 in a portable package.

While the Stream is clearly not a Microsoft Surface, its combination of an Intel Atom quad-core chip, a microSD slot, and a semi-decent screen, as well as a fairly attractive price, makes the tablet worth looking at if you’re in the market for a budget computer that is both light on the wallet and in the backpack, making it ideal for kids heading back to school this year. Recommended. 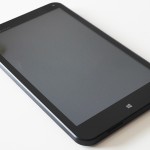 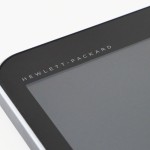 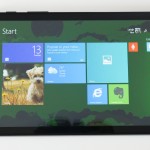 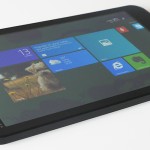 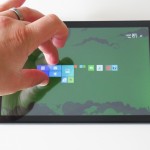 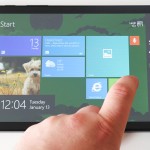 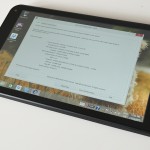 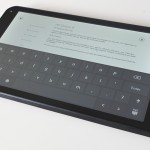 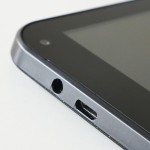 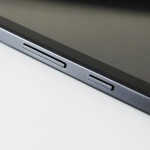 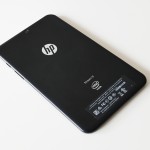 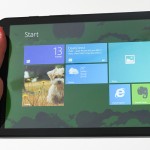 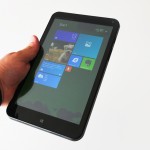 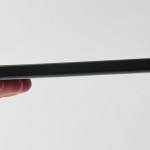 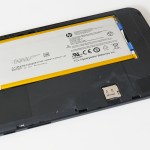