HTC has already had tremendous success with its One handset from 2013, and now the company is taking what it’s learned from that handset and applying it to the budget Desire range, effectively shrinking the formula for people who don’t necessarily need a premium phone.

One of the first Desire handsets we’ve seen in a while, the 601 borrows a style or two from its brothers in the One series, while also handicapping things and making everything a little more budget friendly.

There isn’t the same set of specs underneath, so we’ll start there, and HTC has equipped this smartphone with a dual-core 1.4GHz Snapdragon 400, down from the quad-core 1.7GHz Snapdragon 600 seen in the HTC One.

Memory is different here too, with 8GB storage on the internal, but a microSD card slot found under the replaceable back, something no currently released HTC One has. There’s also less RAM, with 1GB below the 2GB sweet-spot that Android likes so much.

Android is version 4.2 here, “Jelly Bean” for those keeping up at home, with HTC loading on the latest version of its Sense interface, complete with Blinkfeed and HTC Zoe, the camera extension application we saw on the HTC One and HTC One Mini.

Except for the spec differences and material change, the HTC Desire 601 (left) looks like the spitting image of the HTC One (right).

Most of the other specs, however, are basically par for the course, including Bluetooth 4.0 with A2DP, microUSB charge and data port, WiFi 802.11 a/b/g/n, DLNA, GPS, and support for 4G, though HTC has made the 601 Category 4 LTE compliant, meaning anyone with access to a Cat4 connection could receive downloads as fast as 150Mbps.

On the camera side of things, there isn’t an Ultrapixel camera here, but rather a standard 5 megapixel rear camera with autofocus and LED flash, support for Full HD video capture at 30 frames per second, while the front camera is a tiny VGA camera.

You can remove the rubberised back, which will show the microSIM and microSD slots underneath, as well as the 2100mAh battery, while there aren’t many actual buttons on the handset itself. These come in the form of a power button up top, split volume rocker on the right, and two soft buttons on the very front of the handset, acting as back and home.

A 3.5mm headset jack also sits up top, while a microUSB port sits at the very bottom.

HTC hasn’t paid much attention to its Desire range of smartphones in the past year, instead looking upon the “One” as its flagship. It’s interesting as the “Desire” brand used to be the premier name for HTC’s handsets, but lately, it’s taken a back seat to the “One” models, numerous as they are.

Now representing the mid-range and budget tiers, the new Desire handsets appear to be all about showcasing some of the great design HTC has been providing to the One 2013 range, but reducing the technology considerably so that any Joe can reach in and find something they like.

We’ll start with the aesthetics, and in the Desire 601, HTC has clearly borrowed the all-in-one body design made famous in the 2013 One, though pulled back on the high-grade materials. There’s no aluminium here — no metal of any kind, in fact — and HTC has instead gone with a rubberised plastic that is soft to the touch and easy to hold.

The design is still pretty close to spot on, and HTC is even close to matching the screen size, even if the screen qualities aren’t quite in the same vicinity of each other.

That appears to be one of the premium features you pay for in the One, and not so much in the Desire 601, but despite this, the screen is still relatively sharp.

Pixel clarity puts Desire 601 at around 245 pixels per inch, which isn’t quite above the 300 mark of the iPhone 5S, but still isn’t bad altogether, and most people shouldn’t be complaining, especially in a mid-range phone.

Using the phone, HTC has left the same soft buttons at the bottom of the screen, the now familiar “back” and “home,” and everything else you’ll be able to do on the 4.5 inch touchscreen.

Android 4.2 “Jelly Bean” runs here, and it does so with HTC’s latest incarnation of Sense, supporting multiple homescreens, widgets, two different grid sizes for the menu, and even the social and web connected service “BlinkFeed” which sadly hasn’t matured much and still relies on you picking services that HTC has selected for you, and not your own RSS feeds. Sigh.

Under the hood, the dual-core processor works quickly enough, though you might see some lag jumping across apps and depending on what you’re doing. We didn’t experience too much, though when it did happen, it was noticeable.

Not the fastest benchmarks around.

Benchmarks won’t equally impress anyone, part and parcel of this being a mid-range phone and barely better than some of last year’s models, though at least it’s nice to know that the 4G performance hasn’t been spared, and as far as downloading on the go, the Desire 601 flies.

Speeds as high as 91Mbps down were reported, making it a solid 4G LTE performer, and perfect for anyone in an Australian metropolitan area if they’re downloading video, audio, or surfing the world wide web.

In fact, the inclusion of Cat4 LTE makes it ideal for the Vodafone network it’s launching on, which is fitting, because it appears Vodafone has the exclusivity on this one.

For the most part, the Desire 601 is basically a budget HTC One, even taking the excellent design and putting it on a diet, ditching the aluminium and replacing it for a rubberised plastic that’s easy to grip and keep in the pocket, even if it’s not as cool and sleek as the metal-bodied HTC One we’ve loved to date.

But it’s also not totally that phone, and it’s in the camera and battery life that customers might feel a little let down.

That battery life is merely a day, and while you might be able to get a little more than one day out, good luck.

Part of this comes down to the fact that the Desire 601 isn’t using as big of a battery as in the One, though the difference is minor, and given the processor differences, we’re surprised to not see a touch more life from the 601’s battery.

In any case, think a day if you’re a frequent phone user, with texting, web surfing, social networking, and even the odd phone call or two, because we hear people still use their phones for this activity.

You also miss out on Near-Field Communication and the infrared port used in the HTC One, premium wireless omissions that don’t surprise us, though it is useful to know, nonetheless.

The camera also isn’t exactly up to scratch, and is vastly different from what HTC offered in the “Ultrapixel” cameras of the One and the One Mini.

Interestingly, there are more megapixels in the Desire 601 — one, in fact — with a 5 megapixel standard shooter included over the 4 “Ultrapixel” of the other devices, though the sensor size and quality from the images is much better from the Ultrapixel camera.

In fact, while you get some of the niceties from the One here — like “Zoe,” HTC’s answer to shooting images quickly and replacing objects from scenes — you get pretty mediocre quality images from both the front and rear camera regardless, and we wouldn’t rely on this as a dedicated camera replacement any time soon.

HTC’s Desire 601 is an interesting smartphone, if only because the company has taken a lot of what made the HTC One extremely good and thrown it into a mid-range phone.

Sure, there are differences between the processor and camera, but by and large, this is a budget HTC One, and in some ways it feels more like a properly budget HTC One than the Mini did, with rubberised back, expandable memory, and those lovely speakers that really make it pointless to have a Bluetooth speaker carried around with you at all times.

Ultimately, if you like the simple design of the HTC One, but didn’t want to spend a fortune and really love the idea of expandable memory, the Desire 601 is an easy recommendation. 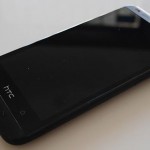 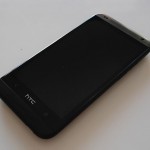 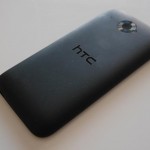 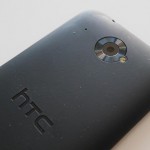 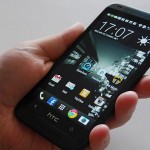 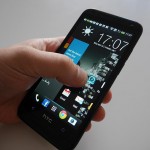 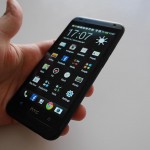 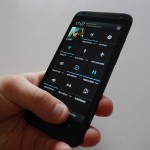 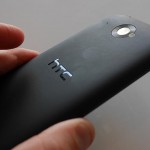 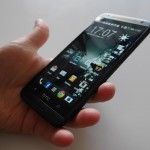 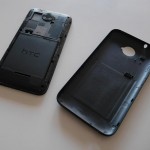 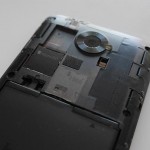 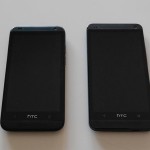 Except for the spec differences and material change, the HTC Desire 601 (left) looks like the spitting image of the HTC One (right). 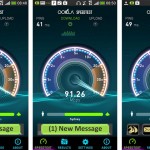 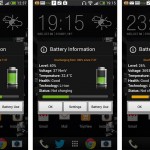 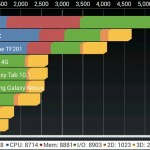 Not the fastest benchmarks around.

Review: HTC Desire 601
Price (RRP): $TBA; Available on plans from Vodafone Manufacturer: HTC
Like a slightly cheaper version of the excellent HTC One handset; Fast 4G; Supports expandable memory, something we wish both the HTC One and HTC One Mini would; Still features the HTC BoomSound speakers on the front, meaning the sound from the phone is loud;
Plastic body; One day battery life; Mediocre camera that isn't up to the "Ultrapixel" quality set out by the HTC One; No NFC; No infrared;
Overall
Features
Value for money
Performance
Ease of Use
Design
3.8Overall Score
Reader Rating 0 Votes
Share
Tweet
Share
Share
Tweet
Share