HTC’s top-tier One X handset has received an upgrade of sorts, with the company keeping the design, changing a few specs, and making it possible for the handset to jump onto Telstra’s 4G network in the faster HTC One XL.

The latest of HTC’s “One” handset range, the XL is the second in this mob to reach Australia’s shores, bringing with it much of the technology seen in the One X, but changing the colour, CPU, graphics, and mobile connection speed.

Aesthetically, much of what HTC threw into the One X has stayed the same, with a unibody polycarbonate case, built-in 1800mAh battery, micro SIM slot at the top, and a 4.7 inch 720p HD Super IPS screen protected by Corning’s scratch-resistant Gorilla Glass. The only discernable difference between the two handsets we could see was the colouring: the HTC One XL released in Australia is a dark grey, while the HTC One X released earlier this year comes in white.

Inside the handset, the phone takes a slight change, with the 1.5GHz quad-core Nvidia Tegra 3 from the One X being replaced with a dual-core 1.5GHz Snapdragon processor here in the One XL. A dedicated graphics chip is also found here, with a new Adreno processor to take care of the 2D and 3D graphics you might be gaming with.

Like in the One X, you’ll find a slightly protruded 8 megapixel camera with autofocus and LED flash on the rear of the camera, with a 1.3 megapixel front facing camera good for 720p video chat.

Google’s latest version of Android is present in this handset, with HTC’s own flavour of Ice Cream Sandwich. This means you’ll find the latest version of HTC Sense, complete with menu divisions, the very fast camera software we saw in the previous One model, and more of those snazzy weather and clock widgets.

Connectivity is pretty solid on the One XL, with 802.22 a/b/g/n WiFi, DLNA, support for WiFi hotspot technology, Bluetooth 4.0 with A2DP, and that new fandangled wireless technology Near-Field Communication (NFC) which could end being used as a way of paying for things in the near future.

One more wireless technology makes itself known on the HTC One XL, with the fourth-generation mobile broadband technology – also known as Long-Term Evolution or LTE – being used here.

That’s basically where the “L” comes in with the “HTC One XL” name, offering an HTC One X, but with the added bonus of LTE’s high-speed connection, currently available up to a maximum of 40Mbps in metropolitan areas.

There’s also another thing the HTC One XL has going for it, and that’s Blue Tick certification, an acknowledgement that this phone can be used in rural areas. This is a fairly important point, as few smartphones released in Australia are certified for performance outside the city.

Like what we saw in the One X, there aren’t many ports or buttons to speak of in the One XL, with only two physical buttons – a power button up top and a volume rocker on the right side – as well as three soft buttons on the bottom of the screen, supporting back, home, and menu.

There are only two open ports on the One XL, with a 3.5mm headset jack on the top and a microUSB port on the left side.

If you have a regular SIM card, it's time to get a new one, as the One XL only takes the microSIM.

The first Android 4.0 device to support Telstra’s high-speed 4G network, the HTC One XL is considered one of the biggest competitors to Apple’s iPhone and Samsung’s Galaxy S3, offering lots of performance and one of the fastest mobile web connections.

Built from the same design as the HTC One X, the handsets are pretty identical in both look and feel, with the One XL keeping the exact same polycarbonate unibody construction, albeit with a dark grey look in the One XL, replacing the white in the One X.

Just like in the One X we reviewed a month ago, the handset feels excellent in the hands, with the heavy plastic and Gorilla Glass covered screen resulting in a solid build quality that’s on par with Nokia’s unibody Lumia series. It’s also reasonably light, weighing in at 129 grams and measuring 8.9mm thin.

The Samsung Galaxy S3 and HTC One XL sitting next to each other.

While it’s obviously a different phone from the One X, some things have stayed the same, with the excellent eight megapixel camera still here providing speedy shots and Full HD 1080p video capture.

The screen is still the same high quality IPS model we saw on the One X, resulting in excellent viewing angles and colour recreation no matter how you hold the handset.

HTC hasn’t even needed to change the operating system, relying on the same version of Android 4.0 “Ice Cream Sandwich” with HTC Sense running atop. Every manufacturer offers their own take of how Android should be done, and HTC’s is a great choice, offering multiple homescreens, custom widgets, and a menu system with tabbed dividers showing you every app, downloaded apps, and the most frequently used ones.

The processor is only a dual-core, but it's certainly not slow.

One of the more important changes in this handset is the processor inside, with the quad-core Nvidia Tegra 3 normally found in the HTC One X switched for a dual-core Qualcomm Snapdragon. Despite the jump from four cores to two, our benchmarks show the phone still flies, operating at close to – if not faster – speeds as the One X.

This change seems to have helped the battery too, achieving almost two days of battery life when used with surfing the web, taking a couple of phone calls, sending messages, and playing the odd game. Compare that to the One X, which didn’t even last a full day in our tests.

The other notable change is the connection speed, with the HTC One XL taking advantage of a 4G LTE modem. Like the HTC’s 4G Velocity released earlier this year, the speeds on offer for accessing the web are insanely fast, offering speeds up to 40Mbps in a metropolitan area. The highest speed we reached in our tests was a downlink of 39Mbps and an uplink of 22Mbps, much higher than any other handset we’re reviewing can reach.

These speeds won’t necessarily be the same all across the city, but we found excellent performance in most places we traveled to.

For the most part, HTC’s new handset proves itself to be superior to the original One, even with the change to a lower speed processor.

About the only thing that seems to have changed for the worse is the keyboard responsiveness, and we’re not sure why that’s suddenly lagging.

While the processor isn’t quite the same speed junkie as what can be found in the One X, it shouldn’t have provided the keyboard slowdowns we experienced, with letter presses often resulting in slow downs here and there.

And like the previous model, there’s still no microSD slot, meaning you’re stuck with just 32GB of memory, and much of it lost to you, with only 24.49GB available for use. That should be more than enough for most people, but as applications get larger and people rely more on their phones for listening to music, you may find the amount of memory on this handset slightly constricting, especially as many other handsets offer expandable microSD storage.

HTC’s second handset under the “One” brand to be released in Australia seems to be the real winner, although it will only be useful to those on the Telstra network, bringing excellent performance, a solid build, and some of the best mobile connectivity Australia has to offer. Highly recommended. 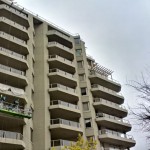 When using the HDR mode on the HTC One XL’s excellent camera, you may find a slight white glow around buildings. 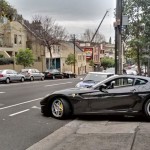 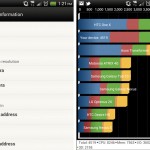 The processor is only a dual-core, but it’s certainly not slow. 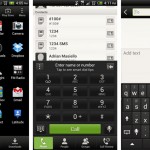 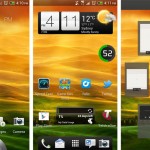 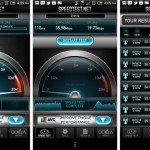 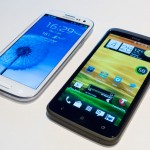 The Samsung Galaxy S3 and HTC One XL sitting next to each other. 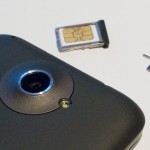 If you have a regular SIM card, it’s time to get a new one, as the One XL only takes the microSIM. 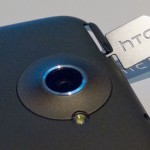 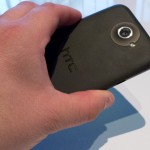 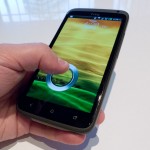 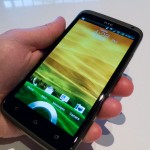 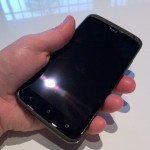 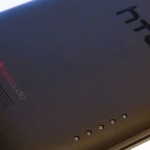 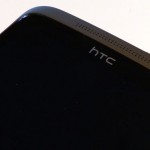