In the aftermath of worldwide hit, The Avengers, a high bar was set for anyone trying to follow the truly epic team-up adventure with a solo film. Director Shane Black replaces Jon Favreau at the director’s helm of this latest instalment in the Iron Man franchise and in this writer’s opinion, it is all the better for it.

My first experience with Shane Black as a filmmaker was with his excellent detective comedy noir (if such a genre exists) ‘Kiss Kiss Bang Bang’ also starring Robert Downey Jr. At the time, Downey Jr was not the megastar he is today and he was clearly hungry to climb back to the top after his past troubles, coming through it all a better performer than ever.

Black has tapped into some of those past humbling experiences and brought a new layer to the ever interesting character of Tony Stark. It seems that even against the odds, lightning can indeed strike in the same place twice and the result is arguably the best Marvel film to date.

After a very entertaining flashback into the late 90s with Tony and Happy (played by former director Jon Favreau), we meet Tony Stark again. An undisclosed amount of time has passed since the battle against Loki and the alien horde in The Avengers but the impression is it has been a while.

Once again he is back in his workshop tinkering with his Iron Man suit, while the lovely Pepper Potts, played perfectly by Gwyneth Paltrow slaves away running Stark Industries.

Their relationship seems to be under strain again while Tony buries himself in his work and Pepper is met by a sinister man named Aldrich Killian who proposed a new biological advance for the human brain that allows him to rewrite the body’s DNA so that it can regenerate at will.

Pepper senses some danger in him and wisely turns down the offer but soon after the new head of security Happy Hogan, tails one of Killian’s men and there is an explosion, leaving Happy in critical condition.

Needless to say, this doesn’t sit to well with Tony. Despite his best efforts to contain himself and let the American government and the newly branded War Machine (now the Iron Patriot) handle the issue, he lays down the gauntlet out to The Mandarin over the press. This is where the film really kicks off and once it starts it really is a continuous slow burning match that ends in a beautiful orchestra of battle and explosions towards the end of the film.

I won’t comment on the bulk of the film that comes after the first act above, but I will look at some of the elements that make this film different from the comics.

This film is loosely based on the ‘Extremis’ run of comics that were written by Warren Ellis and illustrated by Adi Granov in Iron Man (Vol .4) in 2004. In the comics the Extremis technology allowed Tony to wear his armour without the under sheath that tracked his movements and provided a link between him and his suit and also to interface with technology biologically. This has pretty much been dropped from the film (and rightfully so) since it wouldn’t have made sense for the story and Tony never needed a body suit to operate his armour in the films.

The way the filmmakers have re-imagined Extremis, though, has created probably the most credible threat in any of the Marvel films yet.

Usually it’s some snappy banter, a punch or two and the bad guys are dispatched but here, Tony has to really struggle and fight for each hit and it really makes a difference to the stakes of the film.

I found myself on the edge of my seat for the entire last hour, not knowing if he’d survive (even though heroes generally can’t die on film) and this was the best point of the film for me.

What is a hero without a great villain to challenge him? This is what they’ve accomplished here, for the filmmakers have made Iron Man into a great hero by creating a great villain.

All due credit has to go to Guy Pierce here as well for being the most menacing Iron Man baddie yet and to Ben Kingsely for his superb turn as the Mandarin, which the crowd responded to immensely.

Instead of coming from Chinese descent (which is the natural assumption from the name), this character is meant to be Arabic, which makes sense for the film world in which this iteration of Iron Man lives now, adding some much needed change to the all too familiar world of the comics.

There are great performances all round, too.

Happy provides a lot of comedy relief and good on Jon Favreau for taking the high road and appearing in the film despite not being asked to direct. He’s also listed as an executive producer so it seems fair to assume he’s had some input here. Rightfully so, too, because his original Iron Man film is what really kicked off Phase 1 of the Marvel world, which has blossomed into a huge universe for us all to play in.

I have to say that the 3D was largely excellent and it worked for this film, as it did for The Avengers. I think the key to 3D is to only use it in a film with heavy animation (where it’s easier to manipulate) or in entirely 3D animated films (where you can control everything), but for the Marvel films it does add some depth (pun intended).

The film leaves us in an unknown place, though, and I am curious to see where Marvel takes it. Robert Downey Jr has mentioned recently that he is looking to retire from being Iron Man and he’s only signed for one more picture with Marvel so it seems that The Avengers 2 will be his last chance to fly either way.

I for one hope he returns from time to time to give us a reminder of the great screen hero he has created, and a film with an older Iron Man taking coming out of retirement to take one last flight would be too good to pass up.

Overall, though, Iron Man 3 is a fantastic adventure, and we get to follow Tony Stark as he finally matures and becomes both a responsible man and a true hero, without anyone pushing him to do it.

The action is nothing short of jaw droppingly amazing and the effects are flawless. Much like the Arc Reactor keeping him alive, this Iron Man film has energy and heart and you won’t be disappointed. 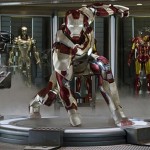 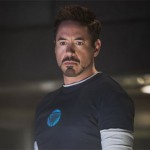 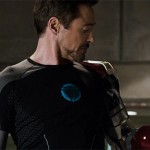 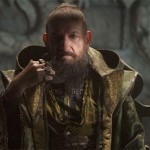 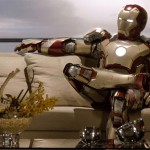 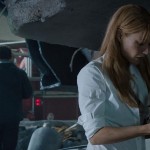 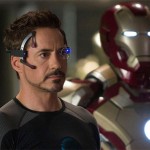 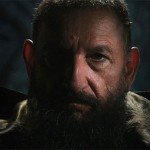 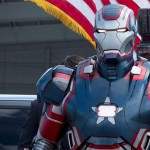 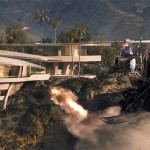