There’s nothing quite like having wireless freedom for a nice pair of headphones, and Bluetooth accessory maker Jabra thinks it has found the solution, with its wireless Revo headphones.

Jabra has been making wireless devices for some time, but the Revo is the first pair of headphones from the company we’ve sat up and taken good and proper notice of.

A winner of the Red Dot Design Award for this year (2013), the headphones combine some of the better wireless technology found in devices today with some keen design that makes it look subdued and yet colourful.

First, there’s the tech, and with Near-Field Communication on-board here working with Bluetooth, newer smartphones and tablets supporting the short-range wireless technology should be able to bump against each other and pair without any problems. Regular Bluetooth access means everyone with a device made in the past few years can connect, it just won’t be as quick and easy as devices with NFC.

If you don’t want wireless, there’s always a 3.5mm jack and cable to plug in, tethering the headphones to a device, but allowing music to go through the cable and stopping any need to consume batteries.

Since it’s a pair of wireless headphones, you’ll find a set of controls allowing you to change volume and tracks directly on the earpieces, and for this, Jabra has decided on a click button on each ear, with some touch panel technology thrown in for good measure, making it possible to change tracks, volume, and pick up phone calls.

For the designers amongst you, the Revo comes with the added bonus of coming with the Pantone colour of the year for 2012, Tangerine Tango or Pantone 17-1463.

That’s a specific type of orange that has been thrown into the Revo design, and is the main colour of USB cable, 3.5mm headphone cable, and the inside earpads, regardless of what colour Revo wireless headphones you select, white or black.

The earpieces use memory foam to help make those ears comfy, while the band is constructed in such a way that it can be bent and twisted to within a centimetre of snapping without fear of breaking, making it suitable for any sized head.

The Revo wireless headphones can be folded for portable storage.

Designed for the street aware individual, we have to admit, we like the look of these headphones.

With reasonably small pads that sit on top of your ear for a supra-aural fit, the Jabra Revo wireless headphones are very comfortable, and don’t squeeze the head much at all.

A lot of head movement will dismount them, but regular walking shouldn’t see any problems, and when you need to pull them down, they’ll happily hang around the neck without fear of choking you.

Unpack them and they won’t switch on magically, but you can take care of their power by flicking the switch at the bottom.

Holding that switch into the on position for a second will put them into Bluetooth paring mode, but if you have Near-Field Communication in your smartphone, you won’t even need to do that: just make sure NFC is switched on at the phone and bump the devices together to have them automatically pair up, taking the work out of it.

Once that’s done, you’re ready to play some tunes.

Jabra’s design of the controls are based on touch and seem inspired quite heavily by music.

Tapping twice on this earpad close to the front will move forward a track, while getting closer to the back goes back one, and a full click with the button underneath pauses and plays. Overall, it’s a pretty creative system that plays to the people buying these headphones for music.

The controls won’t work, however, when you plug the 3.5mm cable in, with the powered section of the cans switching off. The supplied bright orange cable includes a microphone which is handy for phone calls, but you don’t have to use the one Jabra supplies if you don’t want to have an orange cord falling from your head.

Whether you choose wireless or wired connections, the audio sounds roughly the same, with strong booming bass sounds, while the mids and highs are quite normal.

Everything is distinct, so there’s no problem with audio clarity here, it’s just the bass can sound like it’s overflowing, making you realise that Jabra probably built these with popular music and modern listening styles (think loud) in mind.

Based on what we’re hearing, the Revo targets the people out there interested in a pair of Beats by Dre or Soul headphones, but wish cords weren’t a requirement. The fact that it folds is also quite important, making it more portable than a pair of big cans, and obviously without the cable that keeps you tethered.

Battery life is rated for up to 12 hours of constant use, and we managed roughly that, with around ten to eleven. Ultimately, if you only use your headphones in the morning and evening – to and from work for us – you’ll get through a proper work week before needing to recharge.

Jabra also includes access to an app that adds Dolby Digital Plus sound enhancements to anything you’re listening to with the creation of a virtual sound space.

Available for only iOS (iPad, iPhone) and Android devices, it can only be used with an unlock code found inside the box, which means you really shouldn’t throw out the card if you plan on using the app on more than one device (like we did), as it doesn’t unlock to your Google account.

The times we did use the app, there was a more surround-like sound, but if you already take advantage of sound technologies on your device, such as HTC’s use of the Beats Audio, chances are it won’t make a difference. Also, the Jabra app only works for music loaded on your device, and won’t function with streaming solutions like Pandora.

With a unique look that will likely appeal to fans of design who don’t like to be too flashy, the Revo is a decent pair of headphones that lets you choose whether to be wired or wireless.

Jabra’s Revo headphones are ideal for the listener who takes in more popular music than any other kind, but fans of other genres should be pleased too. Outside of sound, these cans not only offer a no fuss link up with smartphones supporting NFC, but are comfy and sound decent across the board. Easily recommended, especially if you’re sick of the cables. 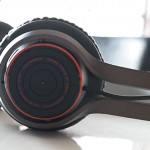 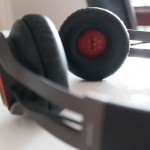 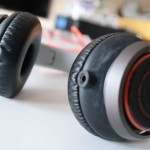 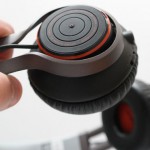 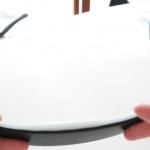 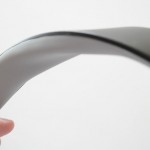 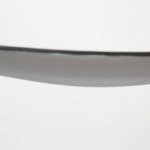 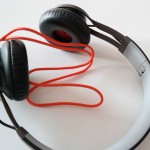 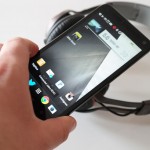 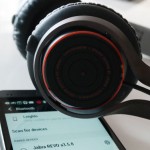 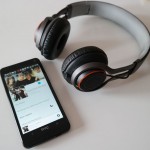 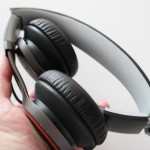