You know, it’s looking pretty good for the role.

What makes this particular TV special is that it unifies two technologies: Ultra High Definition and the OLED display.

We’ve talked a lot about UHD these last few years, about its quadrupling of the number of pixels offered by Full HD; about its ability, with careful scaling, to make even Blu-ray look that little bit better; and about how great it ought to be when actual UHD source material becomes available.

We’ve also talked a bit about OLED – organic light emitting diode – displays. About how they don’t need a backlight because each of the tiny diodes produces its own light. About how they are the first realistic panel display technology that can actually produce full resolution perfect blacks.

And now these are combined into one television, available in two different sizes.

The 139cm display on the 55EG960T TV is curved, as seems to be the practice with OLED displays. But the curve is gentle and doesn’t distort the picture too much unless you’re viewing at an extreme angle.

Down the bottom of the panel, where the electronics and connections and power supply reside, the panel is about 50mm thick. But the top third or so of the panel is only about 7mm thick.

No need for backlights, or complex arrangements to reflect edge lights, so no problems making it thin. The rear of the TV is finished in a subtlely patterned white, not the industrial metal of yore. Around the picture the frame, which merges into the screen, is only 8mm wide.

The stand has a brushed aluminium bottom plate atop of which is vertical pane of thick glass to hold the TV.

At first glance the TV looks like it is hovering unsupported (it can instead be attached to a wall using the $149 mount). Given then minimal nature of the frame, this fine impression is enhanced.

The TV has all the regular features you’d expect of a modern premium TV. There are three HDMI inputs, plus three USB connections, plus some dual purpose analogue inputs for audio, composite and component video.

You can use the headphone output or the optical digital audio output to feed an external amplifier, or if your receiver is properly equipped, feed sound back to it via the HDMI Audio Return Channel.

Its HDMI inputs will cope with full 3D signals and all normal signal standards up to 4K at 60 hertz progressive, completely covering everything likely to appear for at least the next few years.

The TV tuner of course is a high definition one. Unlike LG’s other premium models, there is only one tuner. You can record or time shift live TV by adding a hard drive to the USB 3.0 socket, but you can’t watch a different TV station at the same time.

The 55EG960T is smart. You can connect it to your network with either dual band WiFi or a wired connection, and you’d be silly not to given the wealth of features.

The TV will play a lot of media from the network, or USB. Most standard video forms, including 4K, including the newest form: HEVC (High Efficiency Video Coding). Likewise photos and music (well, MP3, AAC and WAV anyway, but not FLAC or ALAC).

LG’s new version of its Linux-based operating system is called WebOS2.0. It doesn’t look a great deal different to the first one, but running on the quad core CPU it works smoothly and responsively. The interface is principally a set of animated tiles that run across the bottom of the screen, each with a function or an app. More apps can be added from the LG store. They can be re-arranged so that the apps or functions you use most can be on the front page.

Also making things easier is the upgrade of the Magic Remote Voice.

Now that LG has dropped the infrared remote in most smart models, having a fuller set of keys on the RF-connected motion unit makes it far more powerful. The added keys are a sensible selection of function keys, plus a full numeric keypad.

But the central capability of the remote – moving it moves an on-screen pointer – is still is the best way of accessing smart features.

This remote also supports the voice function, offering a limited set of control commands and the ability to create search terms for the web browser and other functions by talking rather than hunting and pecking an on-screen keyboard. (Of course, you pair Bluetooth keyboards and mouses, or plug them into a USB socket.)

You can buy cheaper LG TVs with the same size screen and the same smart features, but what makes this TV really interesting is its panel.

There are TVs around that can deliver a bright picture in one part of the screen and total black in another part. These are LCD TVs with an array of backlights, each of which is able to be individually controlled, and indeed turned off completely when the portion of the picture in its vicinity is supposed to be completely black.

But these types of LED array TVs are rare, and even those that do exist rarely use a grid greater than a dozen across by eight down.

Even with that many that’s one backlight for every eighty thousand pixels on a UHD TV. Anything that’s bright on the screen and is supposed to be on a dark background is displayed with a wide glow around it, thanks to the local backlighting being so very approximate.

Of course, most premium LCD TVs use edge lighting, which is even less effective at providing local brightness control.

With an OLED TV each and every pixel provides its own light. If it needs to be black, it switches off completely. If it is then supposed to start to brighten just a little, it smoothly increases its output.

And that’s what you see with this TV.

I dragged out several discs which are usually problematic, with distracting splotches of brightness showing on regular TVs where there should only be black. But there was none of that here.

I darkened the room, and the black parts of the screen remained, no matter whatever else was happening elsewhere on the screen, totally black.

This had four effects.

First, I soon completely forgot about the TV itself because it was presenting a great picture, and nothing which might draw attention away from the show to the TV itself.

Second, because they were built on the foundation of an utter absence of light, colours were wonderfully vivid and detailed, especially in their darker, deeper reaches.

Third, on a surprising number of scenes there was an almost three dimensional popping out of bright objects from their dark backgrounds.

Finally, it was much easier to see what was happening in dark scenes. Even though the picture was overall darker in those scenes than they would be on a regular TV, the details were revealed because the glowing blacks which usually washed them out were no more.

Now that OLED is UHD as well, it’s possible to enjoy the greater smoothness of lines and sharpness of edges along with the great blacks.

LG says that its six step scaling process delivers better results that previously. It certainly did a competent job at producing a highly watchable picture. Once, that is, I’d reduced the Sharpness control in the picture settings. It was way too high in the beginning.

I also thought that the TruMotion process, which smooths the appearance of motion by generating intermediate picture frames between the real ones from the signal, made the picture seem a little artificial, a little too glossy. I generally preferred things with this switched off.

LG had a number of new clips on a USB stick, and I also brought my own collection of clips, and it made me realise that while, yes, UHD is not same jump over Full HD as Full HD was over SD, it still provided a clearly noticeable, and clearly enjoyable, improvement.

What, you don’t have UHD clips on a USB stick to enjoy? Do you have a 25Mbps or better Internet connection? Then sign up to the top level of Netflix and check out its sampling of UHD content. Not quite as stunning as the high bitrate clips I had, but still quite extraordinary.

And of course, this TV has the Netflix app.

But regular Blu-rays also looked good with this TV. Very good indeed. And even standard definition material looked as good as it was capable of looking.

The 3D performance of the TV – it uses LG’s passive system involving polarised light, and you get two sets of glasses with it – was about the only real weakness.

The 3D effect was powerful and convincing for two thirds of the screen, but at the very top and very bottom of the screen there seemed to be little separation between the left and right eye views, and in those sections confusion reigned.

Ah, who cares about 3D these days anyway? Well, I do I suppose. But I think that’s a sacrifice I’d be prepared to make.

Because, to answer the question posed at the head of this review, the LG 55EG960T OLED UHD TV does, in fact, occupy the summit of the craft, at least when it comes to picture quality.

This is, without a doubt, the best TV I have ever reviewed. 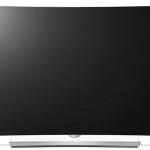 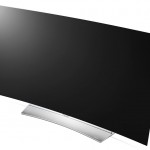 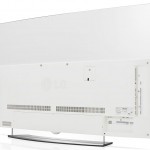 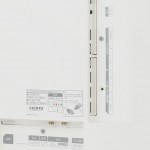 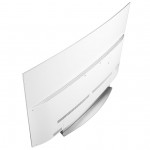 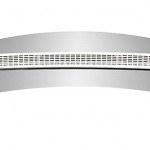 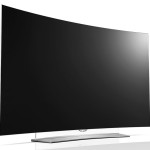 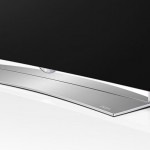 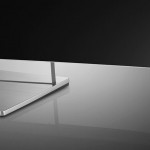 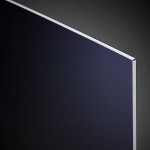 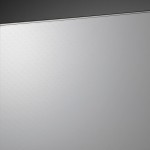 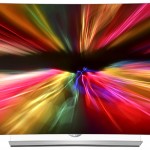 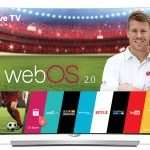 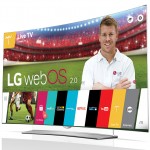 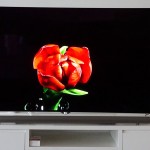 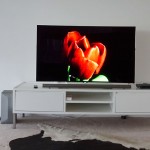 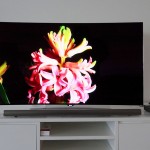 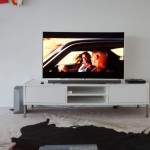 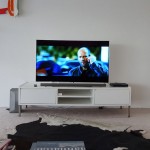 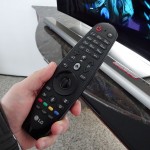 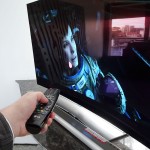 The review was conducted on premises arranged by LG, rather than in the author’s usual environment.