The biggest superhero blockbuster of the year has finally landed in cinemas. So does Zack Snyder’s new take on the “Man of Steel” raise him back up to the top echelon of movie heroes? Or does the high bar set by the Dark Knight trilogy and The Avengers cast too big a shadow?

Superman is the king of all superheroes. Since his inception, he has been and will probably continue to be, the most recognisable icon in the hall of heroes. His image and ‘S’ symbol are recognised worldwide, and wherever he may be, he is the embodiment of purity and heroism.

While this writer is personally a Marvel fan, DC’s Batman is probably his favourite hero of all time.

Overall, I love the concept of heroes, super or otherwise, and it is interesting trying to analyse what makes us so continually enamoured with the idea of heroism.

With that in mind, let us go through the film with that core concept of Superman and what should make him the ideal that all other heroes strive for.

There are minor spoilers in the first half and major ones in the second half of the review so please be warned.

We first meet Kal-El (Superman) as he is being brought into the world on his home planet of Krypton, with his father Jor-El played with much grace by Russell Crowe, watching over his birth. On Krypton, it seems that they no longer reproduce by natural birth, instead now by genetic design. Everyone that exists there has been created in a lab for a purpose: to sustain their enlightened society.

Despite this, the planet is on the brink of destruction, with the Kryptonians having mined all the planet’s resources to the point of calamity, and it seems that the only two people that can see the end coming. One of these is Superman’s father Jor-El, while the other is General Zod.

Zod is the planet’s military leader, and he immediately stages a coup to attempt to salvage the Kryptonian race. It probably won’t come as a surprise to anyone that Zod defeats Jor-El with a cowardly move and is promptly banished to the Phantom Zone, essentially inside a black hole, to serve out his sentence. This ironically saves Zod and his crew from death as the planet explodes, while Kal-El is sent off to Earth by his mother so that he may live on with their legacy.

Far be it for us to be overly critical of actors or directors (it’s a tough profession at the best of times), but some of the performances stood out as extremely bland. Kal-El’s mother in particular barely had a shred of emotion as her only son and saviour of their race was shot off into space, while her heroic husband was murdered right in front of her.

Had she stepped in some gum, she probably would have been more emotionally affected by the situation. Sticky shoes would be a terrible, terrible thing. Even for a Kryptonian.

That aside, the visual creation of Krypton was rather cool and felt much more like an alien world than in previous iterations, with it’s own flora and fauna.

The genesis chamber where the Kryptonians are birthed was reminiscent of the Matrix’s field of human batteries, and their technology was also reminiscent of the machines in that same trilogy; not a bad thing but it was interesting to note.

With the introduction over, we see a very brief glimpse of Kal-El (now Clark, of course) struggling with his powers as a child, and then a young man, traveling the world and helping people wherever he can.

We jump back and forth between the present and the various stages of Clark’s childhood and it really feels like these scenes are in the film just for the sake of it. Saving a bus full of school kids and refusing to fight a bully as a teenager are all well traveled ground and nothing new is brought to these setups.

It’s also quite distracting jumping around in time when we just want to spend a moment with our new Superman to get to know him a little better.

Shortly after, and on an arctic expedition with the ballsy Lois Lane, Clark discovers an old Kryptonian ship and uses his ‘key’ to start it up, thereby summoning General Zod and his crew, who have escaped from the Phantom Zone and now seek to recreate their race with the very key that Jor-El left with his son.

Pretty much the first day they meet. Lois discovers the Kryptonian vessel, his strange powers, and that he’s an alien in a very anticlimactic way.

From the get-go, their relationship feels forced into the story. There was really no need for Lois in this film, she would fit right into the second film in this series, but here she feels out of place in the story. Amy Adams is a capable Lois and likeable enough, but we can’t quite see her as the world’s ballsiest reporter. Telling off an army Colonel in front of his men and drinking straight whiskey does not a strong female character make.

From here on, Zod soon arrives and the real action ensues. Michael Shannon plays the one dimensional villain with such intensity and vigour that you can help but admire the brashness of the performance.

His crew are much less interesting, but the fight sequences between these beings of great power are quite a spectacle to behold and are easily the highlight of the film.

There are a few other points that really seemed out of place and feel the need to mention. There are some major spoilers in them, however, so if you don’t want to know, skip ahead to the end.

Clark’s father on Earth, Jonathan Kent, is played by Kevin Costner and he is essentially the moral compass for when Clark is a kid.

Much like the Uncle Ben character in the Spiderman series, the morals he instils in Clark are the foundation for the man he will become. The only thing is, it seems like the only message that he is teaching Clark in this film is that he should never reveal himself to the humans and that they will turn on him at the drop of a hat.

He believes this so strongly that instead of letting Clark save their dog from a trapped car during a surprise tornado, he opts to do it himself. Standing there in the path of the Class 5 monster tornado until he is consumed by it as his son watches, doing nothing but waving goodbye casually.

The idea that Clark would stand there and watch his father die, just to remain hidden to a bunch of about 20 people in the middle of a tornado is utterly, utterly ridiculous to me. No hero would ever let someone die, let alone one of their parents, simply to keep their secret.

Then we come to the battle with Zod at the end of the film, his crew have dispatched a terraforming device onto Metropolis which in essence destroys the entire city. Surely millions die during this event, but not once do we see any kind of effect on Superman at the loss of all this life, it seems like a fairly obvious motivator that could have justified the actions he takes shortly after.

Generally, Superman doesn’t kill, at least not in the canon of the comics (yes he does kill Zod in the comics, but bear with me). We can let it slide that sometimes he is forced into circumstances here where he must take a life . No worries.

What we can’t let slide is that there is no moral dilemma inside Kal-El to make this act more poignant. We don’t see how he comes to respect human life so much that it makes that gesture of him giving up his innocence all the more impactful.

He simply does it because it needs to be done, and that’s fine, but it feels empty without the moral justification behind it. Rather, we now feel that he’s killed in this first film, and that there will be more consequences down the road when he chooses not to kill.

The first thing that comes to mind is Lex Luthor, when he inevitably appears in the films again down the road, then why not simply turn him to ash and save a million lives? Now he no longer has the moral high ground to not take that option when it means saving so many innocent lives.

So back we are at the basic premise of heroism, the basic traits that enable us to call someone a hero: selflessness, honour and bravery. Making the hard decisions with no regard to your own wellbeing and putting the needs of others before your own.

Overall, Snyder’s Superman perhaps achieved a portion of that, which is not altogether bad, but certainly not the high standard that we were hoping for. He is certainly heroic, but lacks the justification and the conviction to sell the idea of a man with so much power choosing to do so much good with it.

DC is clearly making a move towards a Justice League film, which is essentially their version of The Avengers, but with Superman, Batman, Wonder Woman and the like.

But in the hussle of getting these franchises off the ground, they’ve forgotten both what makes a good film and what makes a hero a hero in the first place.

Most of the points we’ve made here may sound negative, but consider them a critique with the hope that they will correct these things for the inevitable sequel.

We really enjoyed the action sequences, and Russell Crowe was a great father figure while Henry Cavill showed himself to be a very likeable Superman, carrying the role with class and without pre tense. With a few additions to the soul of the character, some stronger and better structured storytelling, and more time spent getting to know this fantastical being as a person, we could have a truly great Superman film.

Cavill has the talent to take this character to great heights and i really hope he gets another chance to don the red and blues once more. 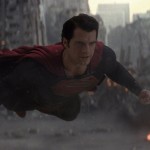 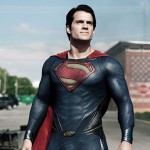 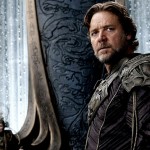 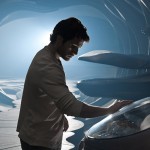 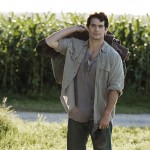 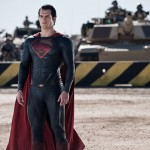 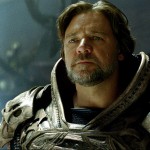 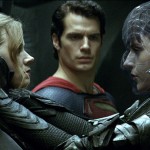 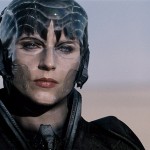 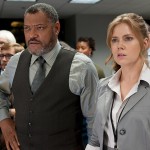 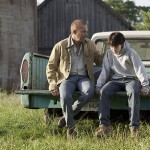 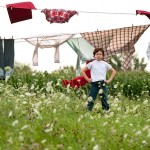 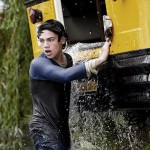 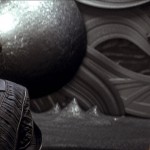 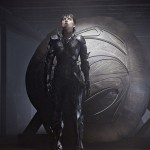 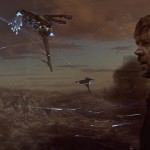 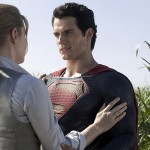 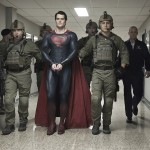 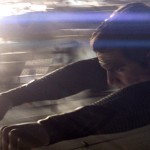 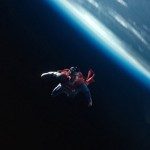