Review:
Motorola g9 Plus – there is life in 4G yet 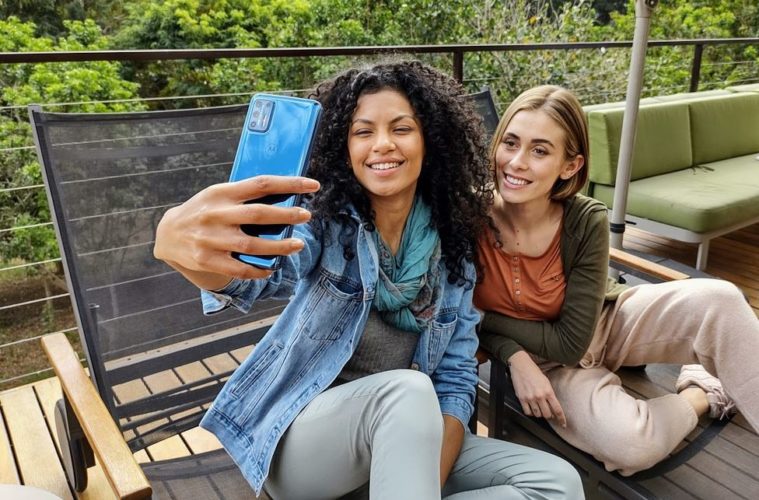 Motorola has just released two new 5G phones – the Razr 5G and g 5G as well as the recent Motorola Edge 5G. The Motorola g9 Plus proves there is a lot of life left in the 4G market.

We use FAIL, PASS and EXCEED against all test paradigms.

Because of its 6.81″ screen size, it has a 2400 x 1080 screen to keep the pixel density high at 386ppi. It is a nice colourful screen. The rear has a camera block and a LED flash. That familiar BatWing logo marks it as a Motorola. The fingerprint reader is the power button. A dedicated Google Assistant button is opposite.

It comes down to what you expect for $399. I don’t expect precise colour accuracy even brightness. But I also don’t expect an LTPS screen usually found on more expensive devices.

It is quite good with reasonable levels of AI. Performance is responsive, although it can chug when post-processing photos.

It is a city phone with about half the signal strength of a Telstra Bluetick rural phone.

Netflix/YouTube HD streaming took about 8% battery life per hour. Our PUGB test drained 12% in an hour.

The 30W charger is brilliant. It works equally well with any USB-C PD charger over 30W.

* It is not fair to measure the sound signature on a mono speaker system. The primary use is for clear voice. It is not for music or movies with no bass or mid before 100Hz and no treble after 10kHz.

Volume is average for this type of device. Its capped at 80dB anyway to protect hearing.

We do not measure the frequency response of a mono system because turning is for clear voice – no bass, balanced-to-late mid, early treble. It is Bright Vocal (bass recessed, mids/treble boosted).

While Gorilla Glass (3 or later) would have been nice Motorola, do use a toughened glass. It should withstand the rigours associated with g-series reliability.

My UX adds a light touch to Android. It should get Android 11.

I had great hopes for this camera as I have reviewed many devices with a similar camera sensor setup. Motorola’s implementation is competent for day and office light but needs a lot of tweaking for low light.

Overall it is above a social media standard. Any foibles are fixable via firmware updates and no doubt Motorola will do this.

Note: All shots are taken with a tripod. Handheld shots are not recommended as it does not have optical image stabilisation.

Colours are OK but tend towards muted. Lack of OIS means it is easy to take a blurry shot. Motorola uses computational photography to try and sharpen the image and colours. AF seems a little slow. The first two shots are taken sequentially and give very different results.

The Ultrawide lens is soft (less detail), and colours are a little off.

With an f/1.8 aperture and even with binned images, you will get a blurry image with lots of noise unless you use a tripod.

Rear camera: Good under day/office light but drops off in low light adding to much noise from post-processing.

Front camera: Without depth information, the separation of subject and foreground suffers.

EIS stabilisation is good even at [email protected] It is not as sharp as we are used to and colours and tend towards muted. As is typical of all phones in this price range mic sensitivity is to low for stereo recording.

I think Motorola can do a lot more tweaking on its camera firmware to fix this.

GadgetGuy’s take – Motorola g9 Plus is great value, and that is all you should expect

We are happy with the device. The screen is not as bright as we would have expected from LTPS, but that is not an issue unless you are in direct sunlight.

On every count is PASSed our test paradigms. And that may be the issue. While impressed with the Motorola g 5G Plus at $499 (review here) this is just a good allrounder at $399.

Our advice – spend the extra $100 (note: it is only from Telcos on a plan) and get a faster SoC, Wi-Fi, same size battery, dual selfie and a similar rear camera.

A PASS mark is 4/5, and we add points for EXCEED and vice versa. This PASSes all tests and PASS+ in one paradigm – its 30W battery charger. We also think its good value.

And I think that best describes the Motorola g9 PLUS – a good reliable allrounder that won’t let you down.

It is a crowded market.

We issue the standard warning that you must buy the genuine model with Australian firmware as it works on all Australian Telco carrier LTE bands and can make a 000-emergency call (not 911) without a SIM. These also have Google Pay that works with Australian PayWave readers.

We have named and shamed the major grey marketers here. Get a genuine ‘Made for Australia’ model. If it has 4GB, it is not for Australia.

Motorola g9 Plus – there is life in 4G yet
Name: Motorola g9 Plus 4G Price (RRP): $399 Manufacturer: Motorola
Build quality – it's a Motorola g-seriesBattery life – two days and a 60-minute chargeShould get Android 11
It is a big phone – 240g with the coverCamera is capable but results could improve
Features
Value for money
Performance
Ease of Use
Design
4.1Overall Score
Share
Tweet
Share
Share
Tweet
Share

Low-down on the smartphone industry in 2019