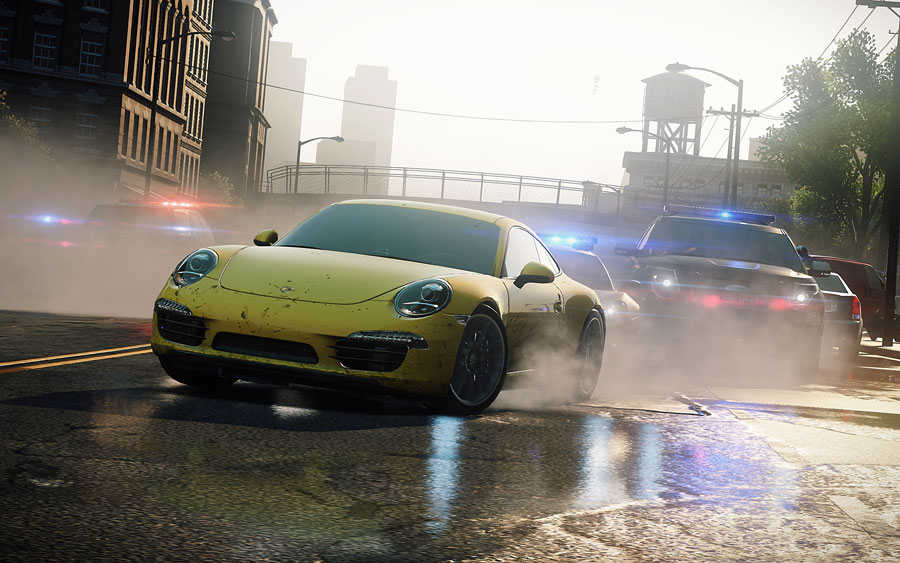 The second Need for Speed title carrying the ‘Most Wanted’ tag, this new racing game is more of a hybrid of the deservedly successful ‘Burnout’ titles produced by developer Criterion and Electronic Arts’ ‘Need for Speed’ franchise.

Following hot on the heels of Microsoft’s competitor ‘Forza Horizon’ game, it’s interesting to note how the two different megalithic companies approach the development of a new, AAA car-based game. While Microsoft opted for an overaching ‘festival’ theme to tie all the driving shenanigans together, this time EA has gone for a far more open-ended structure, allowing the player to hop into a car and just drive.

While they both offer an open-world environment to explore, Forza asks players to head for the more traditional ‘garage’ to purchase new cars with the proceeds from their performance in the various races.

Most Wanted, on the other hand, does something that very few racing games have ever had the foresight and vision to do before, which is have all the games available from the start. That idea has been a very long time coming, and in this game it isn’t quite as it sounds; rather, the cars are all there but need to be ‘discovered’ as you drive by their static locations called ‘Jack Spots’.

Set in the fictional ‘Fairhaven City’, Most Wanted’s driving action takes place over a pleasing variety of landscapes and the ‘Most Wanted’ part of the name refers to the inclusion of 10 AI racers who players earn the right to challenge to a showdown once they’ve accumulated enough experience, or XP,-style ‘Speed’ points.

Fortunately, Speed Points are pretty easy to come by, being awarded for virtually everything you do in the world. Win the showdown and you win their car.

The Most Wanted stars can be hard to beat, but even if you don’t get that far, NFS Most Wanted presents an impressive, albeit shortened, roster of incredible, real-life cars for players to drive.

And there’s a lot of choice in that lineup that offers some very different driving experiences, presenting such cars as the gorgeous Aston Martin V12 Vantage, the  incredible, F1-like Ariel Atom, the sporty Ford Focus RS500, the meaty Ford F-150 SV Raptor and the sleek, stealth Lamborghini Aventador LP 700-4.

Race locations are dotted around the city, but it’s up to the player to initiate them by spinning their wheels. This is quite fun, and given the variety of streetscapes, sharp turns, police presence and regular traffic on the roads, there’s a certain degree of retrying involved in winning some of these races and the challenge is severely increased when you get the cops on your tail.

This is surprisingly easy to do – the cops are upset by just about any unseemly behaviour – and once on your tail, you can expect a gradual escalation in police attention that often proves impossible to shake. It is possible to find a hiding spot and kill the engine to try and shake them, switch to another car at a Jack Spot if you’ve broken line of sight, seek out elevation, plain out run them or, if you feel like a scrap, meet them head on and try to wreck their vehicles, but the cop AI is smart enough to try and box you in at every opportunity and you’ll frequently find yourself busted and paying a fine to get out of a fix.

True to form, though, the major appeal of this racing game from Criterion’s stables lies in the multiplayer elements.

Using the ‘Autolog’ challenge system from previous Burnout games and the likes of Hot Pursuit (if you haven’t played that game yet, go and play it now!), players can compete against ‘Speed Lists’, that offer up varied challenges for the group to attempt, either individually or as a group, including drift challenges, jumping for distance, reaching an elusive spot or straight-out racing.

This is where we believe most players will end up, hooking up with their friends online and just tooling around, although in our experience it’s more fun with a larger group and feels more like doing chores if there are only two of you.

One fly in the ointment: when you reach a ‘Meet Up’ point, in an extraordinarily bad design decision, races can start even when some players are pointing in the wrong direction. Not an issue in single player, this feature is extremely unwelcome in multiplayer, because if you’re the one facing the wrong way when the flag falls, you can kiss goodbye to any chance of winning.

As a Burnout-style game, though, Most Wanted also benefits from having other challenges besides the races. The environments beg to be explored, finding elevated runs, jumps and stuff like billboards and fencing to smash through as you open up more of the city.

One of the neatest inclusions is ‘intrusive’ technology here, where launching a great jump off a building and through a billboard, for example, results in your Xbox Live’s Avatar face appearing on the billboard, along with how far you jumped, presenting a clear challenge to your mates when they meet you online for a game. There are spots that cry out to used for impromptu drifting challenges, structures that dare you to scale them, speed cameras to trigger, shortcuts to find and everything you do, including just driving around having fun, awards you points and brings progress.

Need for Speed Most Wanted is briliant fun, but it’s heavily geared towards online multiplayer and single players might find themselves casting around after a few hours trying to find interesting things to do once they’ve found all the cars. 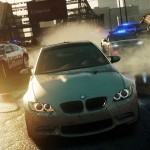 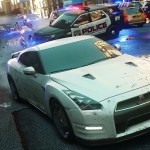 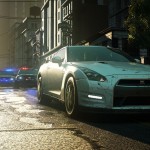 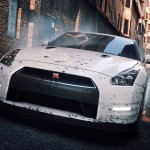 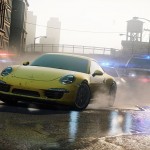 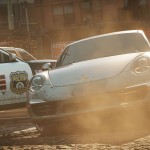 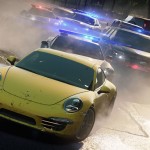 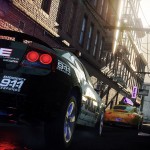 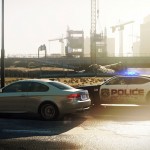