Coffee machines are big right now, so big that Nestle – which owns Nespresso – is now competing against machines from Woolworths, Kmart, Kogan, and others. The Nespresso machine is primarily geared at espresso-style coffee, but some people want more, with chai, tea, and hot chocolate. With that in mind, Nestle is bringing its European Dolce Gusto system to Australia.

Different from the Nespresso systems we’re used to playing with, the Nescafe Dolce Gusto is less about straight espresso and more about the diversity of coffee types.

We’re not just talking about straight ground beans when it comes to Dolce Gusto, but rather varieties of drink in and of itself.

Geared at the coffee and hot drink addict that enjoys more than just the casual cup, the system uses larger coffee pods than the Nespresso style, a little over twice the size of a Nespresso coffee capsule.

Unlike Nespresso’s pod, however, you don’t need to walk into a special outlet to purchase the pods, with Coles supermarkets selling the boxes in 8 (milk drinks) or 16 (espresso, straight coffee, or iced tea), though some types of pod may only be purchased from the Nescafe store.

The machine we’re looking at is the second model in the range, the Genio, with a recommended retail price of $229, almost a hundred more than the baby Piccolini, and under the more pricey Melody 3 FS and Circulo FS machines. In this part of the world, these machines are manufactured by Delonghi.

The Genio features a 600ml water tank at the back, a capsule loading tray, a capsule locking lever, buttons for hot and cold drinks, power button, and a scroll wheel that links to a small display and allows you to dial in the drink length of each pod you desire.

In the Nescafe Dolce Gusto system, capsules not only denote how intense they are, but also the recommended amount you should be dialling in, with the amount of strokes chosen out of seven, indicating length of the cup and, to an extent, strength of the drink.

Inside the machine, there’s a 15 bar pump, down from the 19 bar pump we see on the Nespresso machines.

The small needle that breaks the seal on the coffee capsule and fills it with water.

Coffee machines don’t generally need much in the way of performance. They have to work and provide a decent cup of coffee, or whatever else they make.

In the case of the Dolce Gusto series of coffee makers, that “whatever else” actually entails more than just hot water for tea, the only extra drink you can really get out of other coffee pod makers.

For Nescafe, the range of pods that are compatible with the Dolce Gusto include espresso style coffee, the long “Americano” coffee, iced coffee, and then onto chai latte, hot chocolate, and even the iced peach and lemon teas served overseas.

An espresso, a hot chocolate, and an Americano. All possible from the Dolce Gusto pod machines.

To put it simply, the Dolce Gusto is more than just your average coffee machine, making it possible to entertain yourself – or others – with more than just espresso. You can drink espresso if you like, but you can also make more than the typical engineered short black from the Nespresso machines.

So how does it work?

Operation of the Dolce Gusto machines is actually quite similar to the pod operation of other Nespresso machines, only with a little more manual control thrown in.

Each pod is loaded into the capsule tray and then pushed in the machine, using the dial on the top of the coffee machine to tell the machine how much of the drink you want. Nescafe’s boxes and pod labels show you the recommended amounts, but you can always override this and make it more or less, depending on what you want.

Once you’ve dialled the amount in using the scroll wheel at the top of the machine, you close the lever down, locking the pod in place and piercing the capsule with a small needle.

From here, it’s as simple as pressing the hot or cold button, filling the pod up with water, which will cause a little piece of plastic inside to rise and release the brewed coffee, or other drink, flowing into your cup below.

Once your drink is made, the machine will stop, and you can pull up on the latch, releasing the lock and letting you take the spent capsule out, throwing the small piece of plastic out in the trash.

Unlike its Nespresso siblings, however, there is no automatic spent pod disposal box underneath, forcing you to take the capsule out each time you use the machine.

Milk drinks are possible from the Dolce Gusto machines, too, with two pods needed for these drinks, the first of which makes the milk from a powder and the second delivering the coffee, hot chocolate, or other drink.

Using the Dolce Gusto Genio is certainly easy, to the point that anyone could use it, even our grandparents. Loading the capsules in and out is simple, and the drinks are relatively tasty.

The milk has that slight aftertaste that powdered heat-treated milk normally has, but if you make yourself one of the hot chocolates, you don’t even think about it. In fact, our favourite drinks were the hot chocolate, iced coffee, and iced teas, with the flavour of the latter resembling that of what’s served at American restaurants. Hardly surprising, given the Nestle connection, but still neat to know.

It’s worth noting that when releasing the capsule from the machine, you should wait a second or two for the pod to stop dripping. If you move the capsule tray with a just used capsule in it, you may find drippage, and scalding hot drippage at that.

Outside of that, the machine’s only noticeable flaws are that it tends to vibrate quite a bit, moving your glass around the platform, and that the 600ml water reservoir just isn’t as much as you’d think. We managed about three cups from it, but if you like a big cup, it may only give you two before it needs to be topped up.

A little over half a litre. Personally, we'd prefer a bigger tank, but we can fill it up easily.

Not everyone likes straight espresso, and while the Nespresso system still serves the convenient coffee crowd well, it doesn’t cater for people who want a hot chocolate, or a chai latte at that.

Nescafe’s Dolce Gusto system does, and it manages to produce a decent cup, and one of the better hot chocolates and iced coffees we’ve had in a while.

If the idea of a pod machine intrigues you, but you’re after more than just that simple cup of coffee, it’s worth checking out what Nescafe has cooked up here. 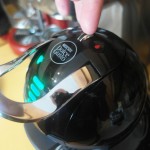 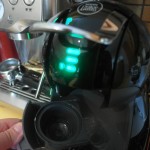 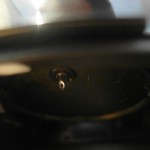 The small needle that breaks the seal on the coffee capsule and fills it with water. 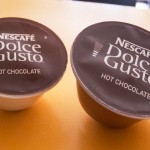 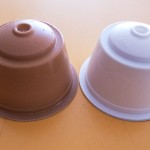 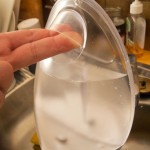 A little over half a litre. Personally, we’d prefer a bigger tank, but we can fill it up easily. 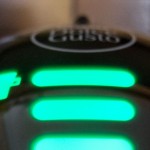 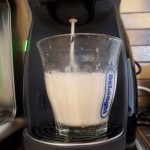 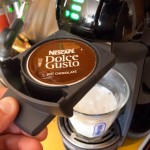 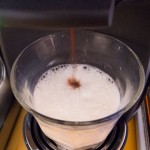 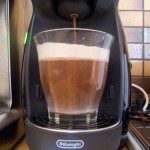 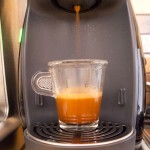 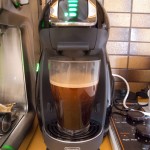 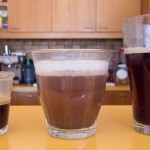 An espresso, a hot chocolate, and an Americano. All possible from the Dolce Gusto pod machines.