Price (RRP): $179 / $229, price different depending on if bought through carrier or unlocked
Manufacturer: Nokia

Once the domain of Nokia, the budget phone space hasn’t exactly been populated by smartphones supporting its current operating system, Windows Phone. Instead, inexpensive smartphones are now occupied by a very Android-based landscape, but that could change soon with a new Lumia for under $200.

Barring one, we’ve played with every Lumia released in Australia this year, and while the handsets generally fill the mid-to-high-end price range, the Lumia 520 is the first time we’ve seen Nokia stretch to the bottom end.

And that’s perfectly fine with us, admirable even, because everyone should be able to afford a decent phone, which is precisely what Nokia is attempting in the Lumia 520.

In this handset, Nokia has dropped back on processor, memory, and screen resolution in an attempt to make something affordable.

You’ll find a 4 inch In-Plane Switching touchscreen in the Lumia 520, supporting the older resolution of 480×800, the resolution used on most of Nokia’s other handsets, and the resolution of choice back in 2010 and 2011 for Android devices.

Under the hood, there’s a dual-core 1GHz processor from Qualcomm, 512MB RAM, 8GB storage, and a microSD slot. Windows Phone 8 is the operating system of choice, with mobile broadband catered for by 3G.

Other connections are handled by WiFi 802.11 a/b/g/n, Bluetooth 3.0, GSPS, and microUSB to charge and move data to and from the device. Interestingly, there is no Near-Field Communication on this handset.

As with all smartphones, a camera is supported, though in this device, there’s only one, with a 5 megapixel shooter with auto-focus on the back, albeit one without a flash. There is no front-facing camera.

Windows Phones generally have a few physical buttons, and this one is no different, supporting the volume rocker, power button, and camera shutter button, all along the right side, while the Windows Phone buttons are soft and sit on the front, acting for back, home, and search.

A 3.5mm headset jack sits up top, while a microUSB is at the bottom.

The back cover can be removed, although it hangs on very tightly (we found it was best to push against the camera lens at the back), revealing the microSD slot, microSIM slot, and the battery, which is rated for 1430mAh.

Nokia has released a few handsets this year, and in the Lumia 520, we’re seeing the most budget friendly Windows Phone we’ve seen to date.

Ultimately, this is the first Nokia Lumia that falls under two hundred simoleons, bringing the simple contrasty interface that Microsoft uses on its Windows 8 operating system to a smartphone that won’t cost you an arm and a leg.

Looking at it front on, it’s clear that yes, this is a Lumia handset. There’s the unmistakable bright colour, soft plastic look and black front with the Microsoft Windows logo that will always take you home.

In fact, take the Lumia 820 design, drop the screen size down 0.3 inches, cut the hardware down slightly, remove the 4G, and flatten the design, and you will essentially have what Nokia is trying to get across in this cut-throat budget handset.

Picking the 520 up, Nokia is still going with that softened plastic that we’ve come to expect out of the range. While the feeling of a premium material is missing here, the soft curve of the back flows nicely into the palm of your hand, the edges aren’t too sharp, and you’re left with a smartphone that works in this design.

Switch it on and you’ll find the minimalist grid of Windows Phone 8 staring back at you from the 4 inch 800×480 screen.

While that resolution is by no means high-end for today’s handsets, the screen is still nice to look at, with the colourful and contrast-filled interface working in the 520’s IPS screen, which looks ok from most angles, even if the overly reflective nature of it can make it hard to see from side on.

If you’ve ever used a Windows Phone 8 device, you’ll find using this handset is easy. Like other WP8 products, there are two main screens, with your icon home screen that can be customised to your liking, and then every other app available in the menu.

Most Windows Phones are built with similar specifications these days, as that seems to be one way Microsoft can guarantee a level of performance across its devices. With that in mind, the Lumia 520 has the lowest specs out of all the Nokia Lumia handsets, but it still doesn’t impact it terribly.

There were a few times we had slowdowns, usually from scrolling in web browsing or trying to type a search into Bing, but for the most part, the system handles itself quite well, with reliable handling.

Some games may not load here, a downside of the slightly lower spec’d hardware, but everything else will run, including music playback, mapping, and so on.

Web browsing is also possible from this inexpensive handset, and you even get it with a surprisingly strong 3G performance.

Despite this being the cheapest Nokia Lumia yet, our mobile broadband experience was one of the best we’ve seen for a budget handset, producing consistent download speeds for a device that relied solely on 3G.

These speeds sat between 6 and 8Mbps, and were higher than the 3G devices we’ve seen running Android, impressing us considerably for a $179 handset.

Then there’s the battery life, which won’t make you go “oooh” quite the same way.

It’s probably the size of the removable battery, but the Lumia 520 can only really provide a day of battery life.

In our test, which included making phone calls, sending texts, downloading apps, and playing music, we hit around 30% before we made our way to bed, resulting in a roughly 24 hour lifespan for the handset.

You might be able to get two days out of its small 1430mAh battery, but you will really have to not touch the screen, call anyone, or rely on any form of smartphone interaction to pull this off.

That’s not a fantastic performance, but given the size and budget price, it’s hardly surprising.

It being a budget phone also comes with another issue, or rather doesn’t come with one, as the case is in this handset.

The battery is replaceable, and you can easily see no flash is hiding near that lens up top.

What are we talking about here?

Why the cameras, as that’s where the front-facing camera is missing, while the rear camera lacks a flash.

Missing out on the front facing camera means no video conferencing is possible, and no selfies either.

We know how popular that last reason is for kids and teens, and even though Instagram is still missing on Windows Phone 8’s app ecosystem, it means that self-portraits of any kind are very hard with this handset, potentially lessening its use for the younger generation.

Milo looks fine in daylight on the Lumia 520, though up close, it's not the most detailed of photos.

Over on the rear camera side of things, and Nokia’s normally decent shooter has taken a turn for the cheap. While there’s a five megapixel module here with auto-focus, the lack of a flash is one of the more surprising omissions we’ve seen in any smartphone, especially one that sits just under $200.

Nokia has at least provided the same buttons as its other handsets, meaning there’s a dedicated camera button, but we wouldn’t suggest relying heavily on this unless there’s plenty of light. When your subject is visible, the Lumia 520 can take a decent shot, but it’s not terribly sharp.

The moment the lights go out, though, the camera really struggles, and the missing flash means no extra light can be thrown back in, blown out or otherwise.

Yoda Stitch struggled to be seen in the dark, and it doesn't help that the Lumia 520 is missing a flash here.

If there’s one thing we can be sure of, there has never been more choice in trying to find a phone as there has been lately. Android, iOS, BlackBerry, and Windows Phone; there’s certainly a lot to choose from.

Nokia hasn’t made it any easier, mind you, with five – count ’em (520, 620, 720, 820, 920; not including two upcoming devices) – making up the range, all with little differences between them. Each of these handsets is decent, but because of the similarities, it can be hard to make a choice.

Ultimately, the 520 is closest to the 620, and between them, there’s a difference of screen size and wireless communication standards, of which the 620 seems to have the edge in. Both are good devices, but the question you should ask yourself is what you need.

If you don’t care about the camera flash and the missing NFC, Nokia’s Lumia 520 will suit, especially for $179-$229. But if you need these features desperately, there’s $150 worth of tech to spend on, and that’s right there in the 620. 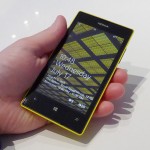 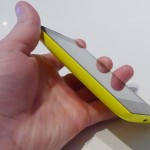 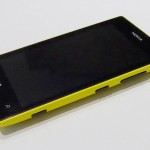 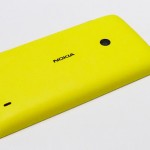 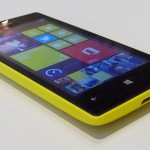 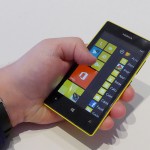 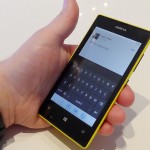 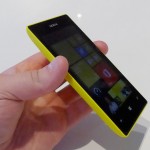 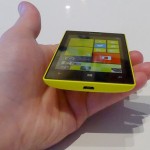 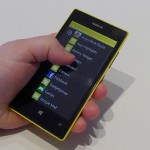 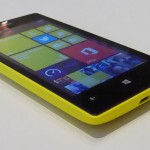 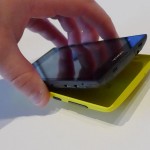 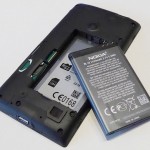 The battery is replaceable, and you can easily see no flash is hiding near that lens up top. 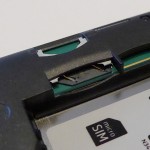 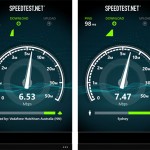 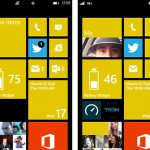 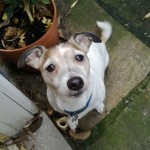 Milo looks fine in daylight on the Lumia 520, though up close, it’s not the most detailed of photos. 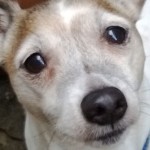 Milo looks fine in daylight on the Lumia 520, though up close, it’s not the most detailed of photos. (100 percent crop) 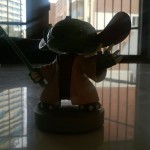 Yoda Stitch struggled to be seen in the dark, and it doesn’t help that the Lumia 520 is missing a flash here. 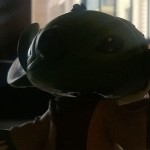 Yoda Stitch struggled to be seen in the dark, and it doesn’t help that the Lumia 520 is missing a flash here. (100 percent crop)