Nokia’s Lumia 800 has barely had enough time to sit on store shelves, but the company is already improving upon it, adding a bigger version of the handset designed to compete with the big screen phones like the Samsung Galaxy S3 and HTC One X. Is this the biggest and best Windows phone yet?

Similar in design to the Lumia 800, the 900 takes what we loved about Nokia’s first polycarbonate Windows phone and super-sizes it, pushing the screen size a little over half an inch to 4.3 inches, adding a front camera for video chat, and increasing download speed.

Nokia’s 4.3 inch screen is the most noticeable change, increasing the size of the handset altogether, even if the resolution isn’t different, with the same 800×480 used in every other Windows Phone, even if this is the largest one we’ve seen to date. With this resolution and screen size, the display has a pixel density of roughly 217ppi, well below the 329ppi of Apple’s iPhone 4/4S Retina display.

The screen technology here is AMOLED based, with Nokia’s ClearBlack technology for deeper blacks, protected by Corning’s scratch-resistant Gorilla Glass.

Inside, it’s pretty much identical to what Nokia first offered in the Lumia 800 this year, with a 1.4GHz processor, Adreno 205 graphics chip, 512MB RAM, and 16GB storage with no microSD slot.

Connectivity has improved a little, with a faster 3G modem capable of reaching a max of 42Mbps, even if it doesn’t connect to Telstra’s 4G LTE network. Without the 3G, you’ll find support for 802.11 b/g/n wireless networks, Bluetooth 2.1 with A2DP, and access to GPS.

The rear camera is also identical, with the same eight megapixel camera with Carl Zeiss optics and dual-LED flash. The front camera is new, offering a one megapixel on the front, enough for VGA quality video chat.

Even the chassis has stayed true to the Lumia 800, with more of that thick and sturdy plastic, the same type used in ice hockey pucks.

The buttons are the same too, with three on the right side of the handset – volume rocker, power, and camera – as well as three soft buttons on the front just under the screen, serving up a back button, Windows home, and search.

Unlike the Lumia 800, the ports are in a slightly different configuration, with the microUSB port now exposed without the door on the top, alongside the 3.5mm jack on the left corner.

The Nokia Lumia 900 takes a microSIM, and arrives with a small tray ejector tool for use with the microSIM tray installed at the top of the handset.

Nokia’s flagship Lumia 800 hasn’t been out very long in Australia, so we’re a little surprised to see a new model ready to take its place at the head of the table already.

Based on the same design that made the Lumia 800 such a top model, we’re expecting some good things here, and for the most part, it’s a feeling that stays with you when using the handset.

Like the 800, the build quality is noticeable when you pick up the handset, with a solid and sturdy unibody plastic chassis. It’s even more solid than HTC’s One X and One XL handsets, exuding a feeling that not even Apple can manage from its iPhone.

People with smaller hands may not like the size, however, as the heft and massive 4.3 inch size make it a touch on the weighty side. It’s not as well balanced as the 3.7 inch Lumia 800, and it also manages to be heavier, with a weight of 160 grams compared to 142 grams of the 3.7 inch 800.

The screen is pretty much the main reason why this handset is so big, and while the size is less than the 4.7 and 4.8 inch screens we’re seeing on Android handsets right now, it’s still a big screen. Nokia’s ClearBlack technology coupled with the AMOLED makes the colours very crisp, providing strong contrast in pretty much anything showing on the display.

With this technology in a big display, it’s a little underwhelming that you have such a comparatively low resolution to work with. At 800×480, the screen isn’t the same high quality display we’re seeing on competing devices from Android manufacturers or the iPhone, with many now supporting 960×540 and above.

That’s not necessarily a Nokia problem, though, as screen resolutions are set by Microsoft for all Windows Phone devices. Still, this means the text on webpages may require some zooming for better clarity.

Making and taking calls, you find that the speaker performance is also excellent, providing some of the loudest volume we’ve heard to date. Typing on the on-screen keyboard is also great, with solid responsitivity coupled with spelling suggestions.

Web performance was reasonably snappy for us in Sydney’s CBD, fetching between 10-12Mbps on download tests. That should be fast enough for most, though it’s a far cry from the theoretical maximum on offer from this new 42Mbps maximum dual-channel 3G device.

Like the other Nokia Lumia devices, you’ll find a few extra pieces of software bundled in, with Nokia’s GPS navigation software “Nokia Drive”, the maps app “Nokia Maps”, and access to the streaming music solution “Nokia Music”. Microsoft Office support is also included, as is access to Microsoft’s Marketplace for downloading apps and games for the handset.

Over in the performance area, the phone is quite speedy, zipping to and from menus just as quickly as the Lumia 800 would. That’s hardly unsurprising given how similar the phones are, and it’s further proof that phones don’t necessarily need dual- or quad-core processors to work quickly.

Interestingly, while the performance is great, the battery performance is mediocre, managing about a day with making phone calls, sending texts, surfing the web, a touch of social networking, and listening to music. The phone does feature a battery saver option, and with it, we managed roughly two days.

We would like to see more memory in this handset, though. A storage size of 16GB is relatively small these days, especially with no microSD slot for expanding the size and only roughly 13GB of that size available for you to use.

Since starting this review, Microsoft has announced the next version of the operating system found on this handset, with Windows Phone 8 set to land later this year.

Strangely, Microsoft is throwing a massive spanner in the works by saying that no currently released Windows Phone will support an upgrade to this new platform, instead citing that current phones will get a new start screen with similar animated live tiles, but none of the other updates.

This puts the current Lumia range – as well as every other Windows Phone-based device released before the new models out in October – in a really strange place, as the upgrade path is now broken, with Microsoft basically saying that when Windows Phone 8 arrives later this year, there won’t be any where for these devices to move.

That means that as good as the Lumia 900 is, no major updates are coming and the upgrade path is essentially fragmented.

Before Microsoft’s announcement for the next generation of Windows Phone, we were willing to say that the Nokia Lumia 900 is an absolutely top mobile phone and a very solid piece of hardware.

For the most part, it still is, but with the knowledge that Nokia and Microsoft won’t be allowing customers who grab one now or next week to move to the new Windows Phone 8 platform, this makes it a hard decision.

Overall, the Lumia 900 is excellent, even with the few quibbles we have about storage limitations, but given the fragmentation issue, know that this phone – like the Lumia 800 and 710 – has very little upgradeability long term. 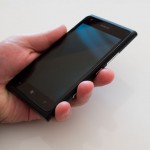 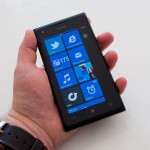 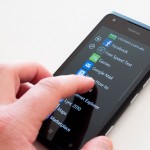 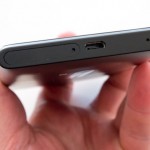 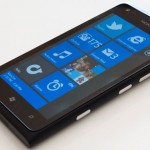 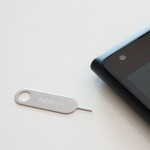 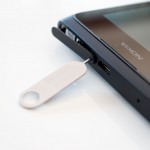 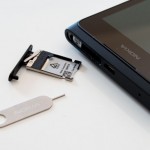 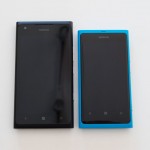 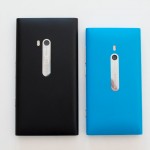