Olympus has been releasing Micro Four-Thirds cameras with old school-styling for some years, and its latest combines a nicely retro body with a new 12 megapixel sensor, lots of creative options and a built-in flash. Could the E-P3 be the best Olympus camera to date?

Built to resemble the original PEN cameras from the 70s, the E-P3 follows on from the E-P1 and E-P2 and features a compact metal body similar in size to many early-model Leicas. Its low-profile style and design works in its favour: it feels snug but substantial in the hand and, unlike full-sized DSLRs, enables greater opportunity for discreet street photography.

Under the hood is where most of the important camera business takes place, and Olympus has included its new 12.3 megapixel Micro Four-thirds CMOS sensor, with support for ISOs ranging from 100–12,800. It should be noted, however, that the Micro Four-Thirds sensor – not just on this camera, but all with the sensor and mount – is smaller than that of one on a digital SLR. Other mirror-less interchangeable cameras – such as the Samsung NX and Sony NEX series – feature sensors close to, if not, the same size as digital SLRs. While a bigger sensor can often mean better image quality, this isn’t always the case.

The rear display measures 3 inches and mixes OLED technology with a touchscreen. Unlike some touchscreen-only cameras, there are a ton of control buttons for you to work with too: a directional pad on the rear panel surrounded by a click-wheel; a tall silver wheel above this; several buttons at the bottom and top of the camera body, including two function buttons, the shutter button and the power button. An option wheel on the top of the body changes the shooting mode between the four manual modes, Movie, Scene, Intelligent Auto, and Art modes.

The single button on the front of the camera body detaches the lens. Our review sample came with the 14-42mm and 40-150mm twin lens kit, and because all Micro Four-Thirds cameras share the same mounting system, the Olympus E-P3 will also make use of lenses from other supporters of the format, including Panasonic and Leica.

Video capture is supported, with 1080i on offer. Olympus has provided a stereo microphone just above the Olympus logo for audio recording. The record button for this is located on the rear of the body and can be used when the camera is operating in any of the modes.

A door on the right side of the body hides access to a USB and AV-out in the one connection, as well as a mini HDMI port. At the bottom, you’ll find a battery door housing the SD card slot and the battery. A tripod screw mount is adjacent.

The front grip is something of a stalwart from the old Olympus PEN cameras and it’s still here, connected by an easily removed screw in case you want to customise the look and feel of the grip.

For the first time in the Olympus Micro Four-Thirds flagship models, we also find a built-in flash. It’s a long overdue inclusion, and a welcome one too.

There’s also a hot-shoe for attaching a more powerful external flash and, beneath this, a special data port for connecting the optional electronic viewfinder eyepiece.

When you pick up the E-P3, you’ll realise how well built it is. While a little larger than expected, the body just feels so solid, like the way a camera should. The lightweight plastic lenses are something of an unsatisfying contrast.

Things get better, though, when you turn the E-P3, and for the most part, it’s very easy to use, with lots of options along the guide wheel at your disposal. If you choose “iAuto”, you’ll let the camera do its thing, working out exposure and shutter speed as needed. You can also customise this mode, by tapping on the screen to change image saturation, brightness, and focus levels.

Scene modes allow you to use choose the appropriate shooting option for your environment – portrait, landscape, macro, fireworks, etc – and if you’re feeling playful, there’s the “Art” mode. This allows you to apply various filter affects to images, and includes: sepia, high contrast black-and-white, cross-processed vintage looks, and even a miniature “diorama” mode.

More experienced photographers may want to will switch between the four manual modes: Program (P), Shutter priority (S), Aperture priority (A), and of course, Manual (M). The rear scrollwheel and silver wheel will let you change aperture and shutter speed quickly, while the “OK” button in the middle of the directional pad will give you quick access to white balance, ISO, auto-focus type, face priority, colour balance, and more. Essentially this provides you with a faster icon-based version of the menu, and is always available under the menu options.

Touchscreen focus is also there, allowing you to literally touch and fire a shot. This is quite handy, as you can track what you want to shoot by touching a point on the screen. The autofocus is very quick, focusing and firing almost immediately after tapping on the screen.

"Art" modes allow you to be more playful with how the image looks.

When using the regular shutter button, autofocus was quick and responsive, only stopping when we got too close for the lenses to actually detect anything. In fact, when switching from the 14-42mm to the longer 40-150mm lens, we found the focus very quick, enabling us to capture scenes with ease.

As for the question of image quality, we found the images often to be sharp with strong colours. We’re not sure if you can say the smaller sensor found in the Micro Four-Thirds system won’t produce images as strong as another camera, but we were mostly satisfied with what we were seeing.

Low-light performance isn’t as strong as we’d like, however, often yielding lots of noise in images above 6400. White balance is hit-and-miss, with colours often warmer than they should be.

Video performance can also be choppy if you capture movies in any of the arty modes. It’s not just a problem with capture, either, with playback showing any video shot under an “Art” mode running at a much slower frame rate than a regular video.

There are some annoying bugs too. While we don’t have a problem with custom colour settings being applied to every mode, there should be an option to switch these off from the controls whenever you like. This means you could set the camera to shoot in black and white while on manual, and find the same black and white settings in one of the scene modes – such as fireworks – with no way of switching back to colour quickly.

The lithium-ion battery isn’t the best we’ve experienced, lasting through only 30 minutes of night shooting (around 200 images) and some video capture. We’d recommend buying an extra battery or two for your kit.

The E-P3 is an appealing camera in looks and functionality. The built-in flash is a welcome addition, and the bright touchscreen is nicely responsive. We especially liked the range of creative modes on offer, but were disappointed by battery life and the camera’s low-light performance.

We’re not quite sure if it’s the best Olympus ever, but the E-P3 definitely manages to be a strong product that competes well with digital SLRs. 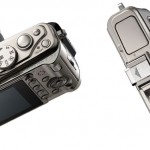 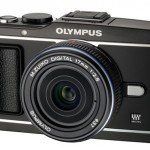 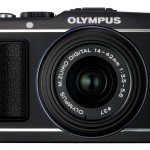 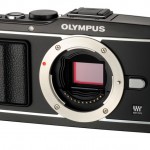 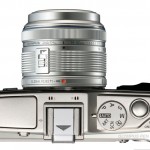 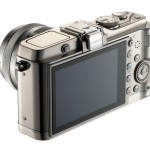 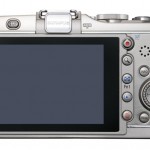 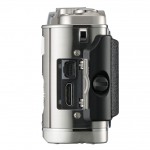 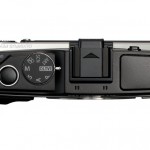 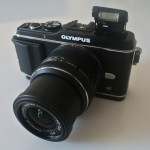 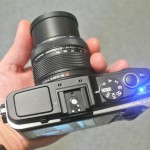 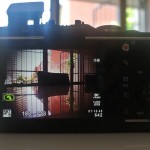 “Art” modes allow you to be more playful with how the image looks. 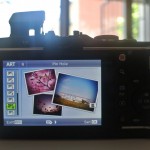 Olympus unveils something tough, something long for 2016

Olympus gives its entry-level OM-D more to work with