It’s next to impossible to find someone who isn’t wearing corded earbuds or earphones these days, whether you’re walking on the street, or sitting on a bus, train, or aeroplane.

But what if you want to ditch the wires, and find something small and portable? Plantronics now has a solution for that, and it won’t cost you an arm, a leg, or any of your ears.

On first glance, the BackBeat Go earphones look like an interesting concept: a small set of in-earphones that connect with a half metre cable and are otherwise completely wireless, connecting to your phone or media player over Bluetooth and offering up to almost five hours of battery life.

There isn’t much to them, with two small earpieces barely measuring 3cm long, connected by a half metre flat rubber cable, which also acts as the antenna.

A small rubberised remote sits on the cable next to the right ear piece, offering controls for volume, playback and pausing (central button), skip track and previous track (holding down on the volume buttons), and power.

Plantronics says the battery inside should be good for up to 4.5 hours of talk, 4 hours of listening, and up to ten days of standby time.

They weigh 13 grams and are charged through a microUSB connection hidden behind a rubber flap on the right ear piece.

We’ve been avid fans of the stereo Bluetooth headphones ever since someone told us that we didn’t need wires to listen to our music. Since then, we’ve tried to find interim solutions to make our favourite big cans into wireless devices, even with some success.

Here with the Plantronics BackBeat Go, it’s wireless playback on a tiny scale, shrinking Bluetooth stereo down so we can carry it with us where ever we go.

Unboxing them, you find that these are exactly that: a tiny pair of earphones, easily pocketed and stored in a shirt or jacket pocket.

With a short flat cable, the Backbeat Go earphones are close to being tangle free, which is actually one of the features. Plantronics isn’t wrong here, as they’re very difficult to tangle. The only time we managed to get the cord in knots, the flat cord made it very easy to pull apart, compared to the disastrous mess we often have with our regular wired earphones.

Even if you do manage to accidentally tangle these headphones in your coat or pants pocket, it’s very easy to undo it all and use them quickly.

Comfort levels will depend on how you feel with canal-phones. These aren’t quite the proper in-ear models we’re used to, sticking in the ear canal slightly. Multiple tips are provided, with the regular bunch of small, medium, and large rubber bits for your ear, but we found that we had to push the buds in and pull them back slightly to create a vacuum and block out external noise.

Overall, we found the BackBeat Go earphones were reasonably comfortable, although no matter what tips we tried, the buds would fall out of our ears every few minutes during extended walks.

Plantronics says that the BackBeat Go is compatible with the generic type of in-earphone tip, which should make it easy to find some decent foam or rubber tips suitable for your ears, especially if you need something more conforming.

Sound is pretty balanced, with decent mids and highs, although the bass could certainly be a tad punchier.

Testing with a range of music, we found some surprisingly detailed trumpets from the Brass Monkey Brass Band’s rendition of “Doo Waa Ditty” and the Miles Davis classic “All Blues.”

Over on the rock side, we’d have loved a little more oomph from our testing material, with Muse’s “Uprising” sounding slightly hollow where there should be a solid amount of force behind it, similar to how empty Lemon Jelly’s “Go” sounded when the guitars kicked in, some of it even feeling like the sound was peaking and beginning to distort when turned up.

Provided you don’t listen to your music at full blast, these should certainly be fine for most musical selections, though you can’t really listen to them at full volume, regardless.

The Plantronics MyHeadset app on Android.

On Apple iDevices, the volume comes meter on your remote controls the system volume, while on Android devices, it’s a separate volume, giving the BackBeat Go its own volume on top of the system volume put out by the handset. This means that you may be left wanting more volume on an iPhone, while a Samsung Galaxy S3 or HTC One XL will end up pushing a touch more sound out.

We loved how strong the Bluetooth connection was here, with the half metre cable connecting the earpieces acting as the antenna and providing an almost perfectly sustained connection to our devices.

Dropouts were rare with these earphones, and we only found them when we were in a crowded place or when the battery life was beginning to fade away.

A microphone is included on the remote, and this allows you to make and receive calls without needing to lift the phone to your ear. Our testing seemed to indicate reasonably clear sound, provided you weren’t standing in a wind tunnel at the time.

Our annoyance from these earphones, though, stems from the battery life, and with only four and a half hours max, you’ll probably want to charge them daily.

If you only use your earphones for the hour each way to work and back, you’ll be able to get away with charging them every two days. Either way, you’re pretty much relying on a charge every few days if you use it.

This isn’t the first stereo headset attempt by Plantronics, and we remember the previous BackBeat earphones fondly. However, in this instance, the company has almost nailed the formula, providing decent audio quality, a tiny size, and a fairly competitive price.

Sure, the sound won’t beat an expensive pair of canal-phones, but if you’re after wireless earphones that not only sound decent, but also look reasonably fashionable and can easily fit in your pocket, it’s hard to do better than the BackBeat Go. 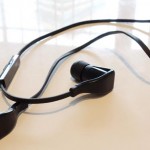 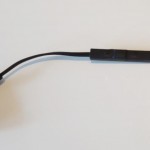 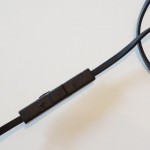 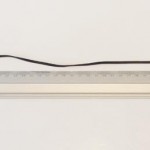 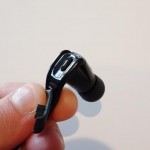 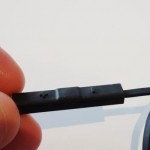 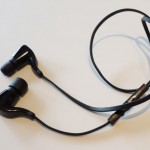 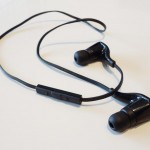 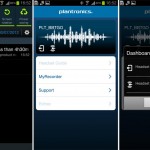 The Plantronics MyHeadset app on Android.