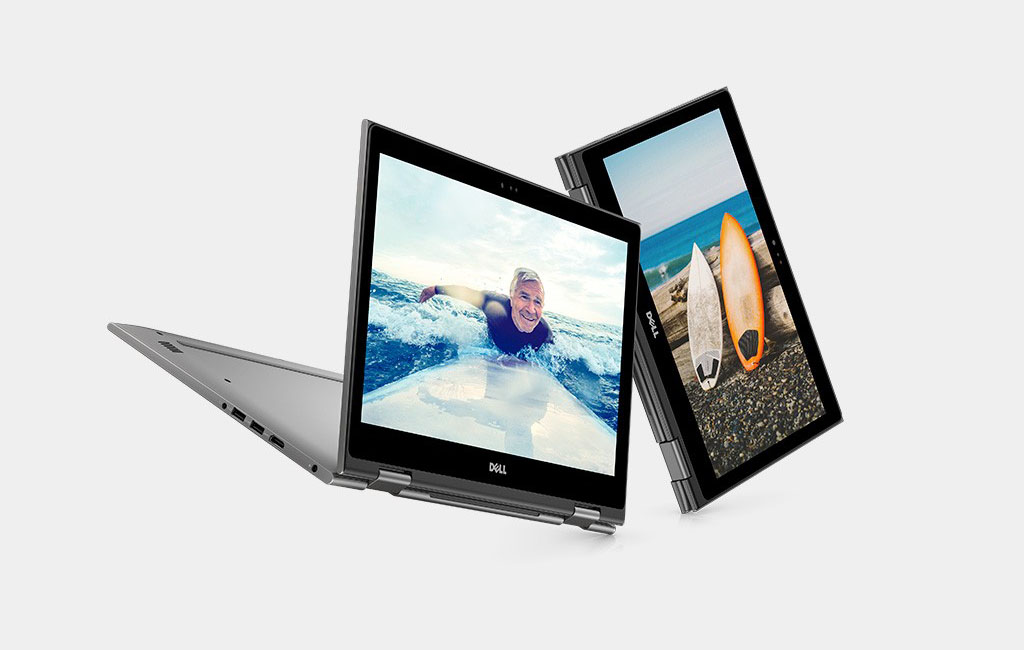 Tablet or 2-in-1? That’s the question often facing portable computer purchasers. Perhaps the balance has been tipped little in favour of the former lately, since I’ve noticed airlines starting to require computers with attached keyboards to be put away at landing and take-off.

This model is labelled 8th Gen, which of course refers to the Core processor generation. The review unit came equipped with a 512GB SSD, 16GB of memory, an Intel Core i7-8550U processor and Windows 10 Home and the Dell Active Pen (model number PN338M) included. That puts it at $1999. That’s top of the line specification for this model, barring only a hundred dollar premium to get Windows 10 Pro instead. There simply aren’t many notebook computers, outside of gaming models, with as fine a hardware specification as this one at this kind of price.

But there are two steps of lower cost available as well. Stepping down to 8GB of RAM and a 256GB SSD brings it down to $1698.99. Dropping the Active Pen and going down to the i5-8250U processor brings the price down to $1399. Those prices include delivery.

With the 8th generation processors, there are more cores. Both the i5 and i7 processors run four cores and 8 threads, like a previous generation desktop i7. The i7-8550U runs at 1.8GHz, the i5 at 1.6GHz. In case you’re wondering, user benchmarks suggest a performance boost of something like two per cent in the i7 over the i5. There isn’t likely to be a major performance difference between the two.

The display is full HD, LED backlit and IPS for a wide viewing angle, and is of course touch sensitive. The graphics is handled by the on-chip Intel UHD Graphics 620.

The computer weighs 1.62 kilograms. It’s no lightweight, but not too much of a drag either.

The keyboard is standard sized, using chiclet keys with a moderate travel and a fairly light touch. It was fine for typing, and even when pounding hard it remained unflexing, generating confidence. The keys aren’t backlit, which may be a problem for those who have to work a lot in poor light. The function keys require the use of the “Fn” modifier key to operate, defaulting to things like media and screen control. Home, End, Page Up and Page Down are the “Fn” modified arrow keys.

The touchpad is only lightly textured and very responsive. Pinching and stretching with two fingers worked well. Swiping up with three fingers brought up desktop options, down exposed the desktop, left and right jumped from app to app. Because it was a decent size – 106mm wide by 67mm tall – there was rarely the feeling of running out of space when dragging things around.

But of course if you do want to do heavy duty dragging, using the touch sensitive screen is often the best way to go. This was just as responsive as my Microsoft Surface Pro 4, which is to say very responsive and effective. Both fingers and pen felt good on the screen, smooth.

With the latest version of Windows 10, Microsoft has changed the handwriting entry system somewhat, so that it converts to text within the handwriting box almost straight after you’ve written, and corrections are done by a simple horizontal line drawn through words. It is far more effective than the old system, so perhaps the ease of use I found with the Dell pen is as much to do with that. Whatever, it all clearly worked well. The palm rejection was effective so I could rest my hand while drawing and writing.

It has dual band WiFi to 802.11ac with 2×2 MIMO. There is Bluetooth – version 4.2. Ports are a little old fashioned, with 2 USB 3.1 (one of these can be used for charging) and 1 USB 2.0. I really want to see USB Type-C take over, but that isn’t happening with this computer. It is also fitted with a HDMI 1.4 output. This proved perfectly capable of driving an external UltraHD – 3840 by 2160 pixel – external monitor.

There’s also an analogue headphone/microphone port and a slot for SD cards, always useful for transferring photos from digital cameras.

The computer came with Windows 10 Home version 1703 installed, which I upgraded later in the review period to the Fall Creator’s update, 1709. Of course, there was various stuff loaded up, some of which I uninstalled. An enticer to Dropbox, for example, offering 20GB of free space there for a year. McAfee anti-virus (LiveSafe, Security and WebAdvisor) was there for a month or two, requiring a paid upgrade to persist. Dell bits and pieces: Dell Customer Connect, Dell Digital Delivery, Dell Help & Support, Dell Product Registration, Dell SupportAssist, Dell SupportAssistAgent, Dell Update, Dell Update – SupportAssist Update Plugin, QuickSet 64. Useful? Important? Dell thinks so. I’m less convinced. You can decide for yourself. The load is less than with many.

Microsoft Office is already installed, too. If you don’t have a licence and don’t want to pay for one, you can make a gigabyte or so of space by getting rid of it. I have licences for five computers on Office 365, so I was able to get going with Office simply by logging into my Microsoft account.

As usual when a computer arrives in other than factory condition, I did a full system reset to try to recapture the new-out-of-the-box experience. No problems there at all, but I was startled to hear a voice giving me instructions. Turns out that with the Creators’ Update of Windows 10 earlier this year added Cortana voice support for installations.

The computer implements the newish Windows Hello face recognition system, and this operated quickly and surely for the most part. But do remember that if you’re going to be using the computer in “Tent” mode, that’ll put the camera at the bottom of the screen. Of course the computer automatically flips the image, but nonetheless it is being taken from a different angle, which makes recognition slower and less certain. So it’s a good idea to go into settings and add a few more recognitions with the computer that way around, and also with the keyboard folded right back and the computer held in your preferred “tablet” position.

As a notebook computer, the Dell worked smoothly and well. There was clearly enough performance for anything one could sensibly require of a notebook. It also worked well in tablet mode, although I always find having the back of a tablet covered with keys vaguely disquieting.

In basically all standard office, and out of office, tasks, this computer was a solid performer, fun to use. On my desk I made use of second screen capabilities, both via HDMI and via WiDi/Miracast to a Microsoft Wireless Display Adapter.

When running on battery, the screen automatically dims to 40% of maximum brightness. My worst-case-scenario battery life test involves looping an UltraHD test clip in VLC until the battery goes dead. Initially this looked promising, with the computer predicting a two hour lifespan. By the time it got to fifty percent battery remaining, it was still promising another hour. It didn’t seem very long after that, though, that a Very Low Battery warning popped up. The status bar indicated only 11 minutes remaining on the six percent of charge in the battery. And then, a minute or so later, the computer switched itself off. Total time: 91 minutes and 30 seconds.

Later I repeated this test because I wanted to pay more attention to what was happening at the end. This time it dropped from 23% remaining to 6% in just seconds, but overall took 105 minutes and 27 seconds before switch off.

Running the computer down somewhat more slowly – no apps running, OneDrive on pause, screen on the battery default of 40% brightness – it took nine and three quarter hours to get down to 10% remaining, at which point the computer put up a power warning and switched on “Battery Saver” mode. That slowed the discharge so it took another hour to get to 6%, at which point it abruptly switched off. Total time: 10 hours, 49 minutes, 51 seconds.

Anyway, that establishes the range of operating times – expect between ninety minutes and nearly eleven hours. Working away with Word and a browser with a couple of tabs open I got around four or five hours of use.

The Dell Inspiron 13 5000 offers reasonable battery life, effective overall performance and a sensible price, so it could well fit what many are looking for in a notebook.