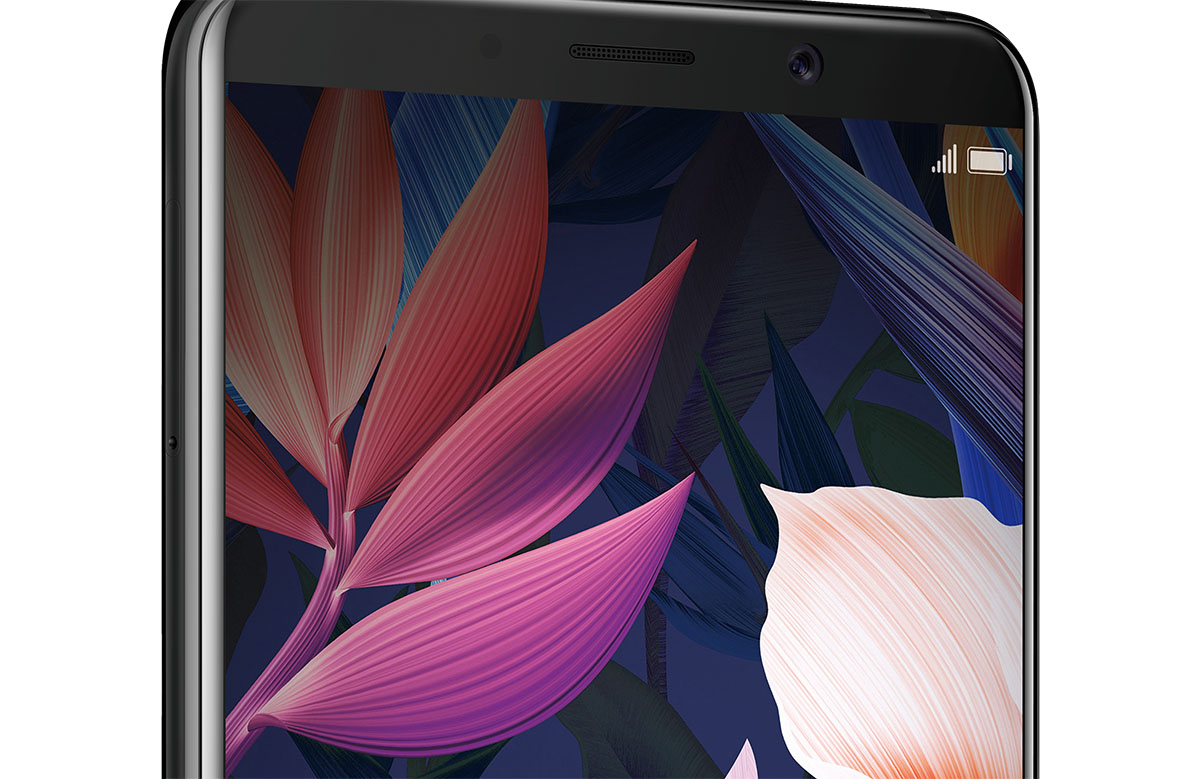 Huawei’s Mate 10 phone has a big screen and some advanced features that make it quite the bargain at $899. And it’s available from tomorrow – 15 November 2017 – from Vodafone and other places.

By big screen, I mean 5.9 inches, with a 1440 by 2560 pixel resolution. It has full glass construction – front and back. That makes it a slippery beast. Put it on a couch arm with a slight tilt to its surface, and it will gradually start to slide down hill. You get a slim plastic back-and-sides case with the phone which is a bit more grabby.

In terms of features, it has everything except for one. The single omission is that the phone has no waterproof rating, so you’ll have to be careful around water.

The Basemark OS II benchmark gave a score of 3304, or one of the fastest we’ve checked. It’s up about ten percent from the Mate 9, and only slightly behind the Sony Xperia XZ Premium phone (which runs the Qualcomm Snapdragon 835 processor). That scored 3540.

The Basemark OS X gaming benchmark only worked once, and thereafter kept hanging part way through, though, so I wasn’t confident enough of its result to post it. An incompatibility? If was the only app that had any troubles on this phone.

And the phone runs Android 8.0 Oreo, you it’s right up to date in the operating system department.

LTE connectivity appears to support up to 1Gbps downloads. WiFi goes up to 802.11ac. The charge and communications port is USB Type-C and, as we’ll see below, this isn’t just a convenience upgrade, but provides a full featured expansion, including allowing the connection of external displays.

Bluetooth version 4.2 with low energy support is provided. Good news is that the phone supports the aptX, aptX HD and LDAC codecs so, depending on the type of Bluetooth speakers or headphone you’re using, you should get higher quality sound than with the standard SBC codec. LDAC is generally only available on high end Sony headphones and speakers, but lots of earbuds and headphones support aptX.

The battery is rated at 4000mAh. It fast charges to 20% in ten minutes and 58% in an hour. The phone’s operating time was ample for full day use with my moderately high usage.

This is the second generation of Huawei phone with a Leica co-designed dual camera. As with the previous generation, it combines a 12 megapixel colour unit with a 20 megapixel monochrome model. Both units have a maximum aperture of f1.6. They use Leica SUMMILUX-H lenses.

Essentially the two cameras can take a slightly different look at the scene, so their outputs can be combined to generate a composite image better than either one alone could manage. For example, while the default resolution is 12 megapixels, you can set it to lower values, but also to 20 megapixels. Which suggests that it uses the higher resolution monochrome camera, and “colours in” its image using colour data from the other camera.

But does it? It seems clear that the bottom camera is the colour one and the top camera is the monochrome one. I could work that out by covering the lenses and seeing which modes worked. So I sticky-taped a bit of paper over the lens of the upper camera and took more or less the same picture in both resolutions. One came out as 20 megapixels, the other as 12, and both were in colour. Had my suggested method been followed, something should have gone wrong. So I’m now guessing that the 20 megapixel colour mode simply scales things up from 12 megapixels (or it’s so very clever it only does that if the monochrome camera lens is covered).

Fact is, 20 megapixel colour photos didn’t really offer anything, as far as detail goes, over 12 megapixel ones.

If you choose monochrome mode, the camera definitely uses the top lens. You can cover the bottom one with impunity.

In good light I found it very difficult to pick between this phone and the Samsung Galaxy S7 on regular daylight shots of normal subjects. Which is to say that the Huawei Mate 10 took a very fine photo indeed.

In darker environments the f/1.6 maximum aperture didn’t seem to provide any advantage of the f/1.7 of the S7. The auto model on the Huawei tended to push the exposure to a brighter overall result than the Samsung, and when it did that it meant auto-selecting a higher ISO, which in turn resulted in more grain in the image. That could be tamed by going manual – using the “Pro” mode.

Huawei also promised a “2x Hybrid Zoom” which ought to give better results than the standard digital zoom. Those horrible things involve inventing three new pixels for every one in the actual picture. There was no doubt that this Hybrid Zoom worked, nor about how good it was. Simply great. The same 2x zoom on the S7 produced a picture that was both noisy and soft. The Huawei Mate 10 was both smoother and obviously more detailed.

The interface on the camera was excellent. Different swipes provided ready access to everything. The “Pro” mode can be set to always record a RAW shot as well as a JPEG.

I’m a little bit in love. No, I’m a lot in love. I think this is one of the first phones I’ve used with full blown expandability via its physical connection. Yes, of course it can “cast” its screen to a smart TV or something like the Microsoft Wireless Display Adaptor. And those capabilities are truly wonderful, but they aren’t quite good enough for using such a display as a work monitor because of lag. They respond typically a quarter of a second or more behind any action on the phone.

But the USB Type-C connection on this phone renders it fully expandable. I plugged in an Apple USB-C Multiport Adapter, which expands the connection to HDMI, USB 3.0 and a further USB Type-C. I plugged the HDMI output into a full HD TV, and attached the USB dongle from a wireless mouse/keyboard combo, and connected the phone’s own USB charging cable into the adapter, and suddenly I had a desktop computer.

A fair bit of noise in low light photography

The display is modelled to look like Windows, with the Android menu button at bottom left, running apps shown on a task bar, and a system tray showing time, WiFi status, volume, keyboard and battery status. There’s even a pop up Notification centre when you click on the system tray, just like that in Windows 10. To the right of the system tray are the three Android system buttons. Home clears away everything to show the desktop. Apps fades everything else away, showing only the open apps arrayed across the screen. Back does context specific back stuff.

Some apps were aware of the new environment and could be expanded to full screen. That included the photo gallery app – the picture viewer was clearly styled after the Windows 10 picture viewer as well – and the Netflix app. I tried Word and Excel, and both seemed to think they were stuck in a phone, resolutely insisting on displaying in portrait mode, using only about an eighth of the screen. That didn’t make them unusable, just less flexible than the full versions on a proper computer.

Some apps could work only as either a fixed Window or full screen. Others, such as the Chrome browser, could be freely resized. Indeed, Chrome was so aware of what was going on that it brought up our own website in computer layout rather than mobile layout. When I disconnected, it went back to mobile format on the phone.

While all that was happening the phone could remain on charge, so it wasn’t being depleted.

The responsiveness was good. I suspect that there was a slight lag between, say, a move of the mouse and the arrow moving on screen, but it would have been only a few milliseconds. It may even have been my imagination.

You don’t need to use a keyboard and mouse. The phone itself can become a mousepad, popping up a keyboard when needed for a text box or general typing.

It did not seem to work with an Ethernet adaptor, so I guess the drivers for that aren’t provided on this phone. Also missing was access to the settings, except for a couple of very limited things, like choosing WiFi network, switching Bluetooth on and off and so on.

As for other sharing, an app called “MirrorShare” accessible through the shortcuts connected quickly and surely to the Microsoft Wireless Display Adaptor. The Google Home app had it readily connecting to a budget Android TV.

I do wish this phone had an IP rating to give a bit of assurance against being accidentally dunked, because in every other way it is an absolute bargain. Many of its features are what you’d expect in a phone costing at least a couple of hundred dollars more.

Sony looking to be first with Android 8.0 Oreo OS