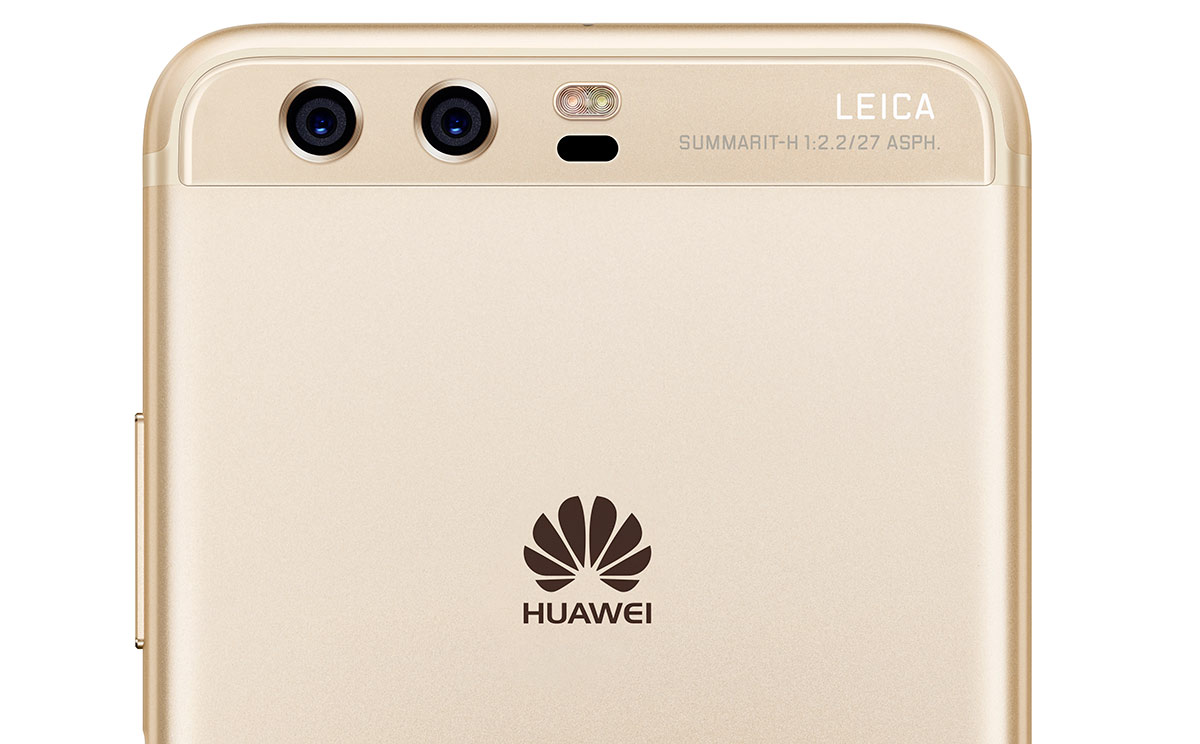 Chinese communications giant Huawei has several premium phone models available. Only a few weeks ago we had a close look at the $999.99 Huawei Mate 9, with its mighty 5.9 inch screen. For the last couple of weeks I’ve been using the $899 Huawei P10, a model which shares some of the same features as the Mate 9, but is also very different in many ways. It has a 5.1 inch display and was released late last month along with the $1099 Huawei P10 Plus, a 5.5 inch higher resolution model.

One thing all three phones share, kind of, is their Leica twin cameras. “Kind of” because there are differences between the camera models, even though they share the theme of combining a 12 megapixel colour camera with a 20 megapixel monochrome camera. The Huawei P10 and P10 Plus have their lenses side by side when the phones are held upright, while the Huawei Mate 9 has its lenses arrayed vertically.

Is this a good idea? Well, the Technical Image Press Association (TIPA) has given the inaugural 2017 award for “Best Photo Smartphone” to the Huawei P10 and P10 Plus, so it obviously thinks so. What do you use two such different cameras for? It isn’t a one-or-the-other deal, like the standard and telephoto combo in the Apple 7 Plus. What seems to happen is that the combination generates 12 megapixel photos, using the higher resolution monochrome camera to capture additional information which can be used for improved focusing and picture processing, including offering a “hybrid zoom”. I take that to mean that images from the two cameras are used to create an improved zoomed-in picture. Combine all that with a bit of Leica magic and you have something rather special.

The camera is specified as an f/2.2 unit with optical image stabilisation and it uses a Leica branded SUMMARIT-H lens. Video of up to 2160p (ie. Ultra High Definition) at 30 frames per second is supported, as is 1080p at 60fps, plus a number of lesser resolutions. There’s also a slow motion setting, with video resolutions of 1080p and 720p at up to 120 frames per second.

The camera can capture RAW images. In normal discussion of these matters, RAW images typically mean what the camera lens has put on the CCD, with minimal processing and of course, before any JPEG compression. Given the unusual nature of the camera in this phone, it’s unclear how much processing is omitted.

The front camera is an f/1.9, 8 megapixel unit. Huawei has packed plenty of fancy processing into its camera app for that one as well, particularly for taking nice selfies.

We shall return to the camera. But first we should look at the rest of the Huawei P10.

That 5.1 inch screen has a full HD resolution (1080 by 1920 pixels) and is covered by the latest in Corning Gorilla Glass, version 5. If that doesn’t give you enough confidence, Huawei is running a free program which promises to replace the screen for you at no cost if you break it within the first three months from purchase.

The phone comes with a screen protector already in place and is supplied with a slim sides-and-back transparent case in the box. The power button has a pretty metallic red outline. I don’t know why, other that perhaps for looks.

It has all the good stuff. The fingerprint scanner is on the front at the bottom, and it took me a while to get used to it because it looks very much like a home button. But in fact the home button is a soft one on the bottom of the screen (as are the recent apps and return keys – which are the standard Android way around, with return to the left). The close proximity left me accidentally returning to the home screen from time to time when I was trying to open up a banking app, because when I touched the fingerprint scanner to open up an account, my finger would sometimes hit the soft home button.

But you get used to these things. The fingerprint scanner was fast and very effective. And on balance I preferred having it where it is rather than the middle of the back like on the Mate 9. With that one I inadvertently unlocked the phone dozens of times just when grabbing it from my pocket.

The phone is a single SIM model and supports 4G networks, including the “4G+” currently available from at least Telstra. It’ll talk to your WiFi network with up to 802.11ac, dual band connectivity. Bluetooth is version 4.2 Low Energy but there’s apparently no support for the higher quality aptX codec. The charge and data port is USB Type-C. Excellent!

The USB connection does all the stuff it’s supposed to do. In particular, it supports On-The-Go (OTG) functionality. I could plug in a mouse and a keyboard (I used ones with a wireless dongle to share the port) and a DAC for higher quality sound. It did not seem to support an Ethernet adaptor, though.

The phone runs Huawei’s own 64 bit Kirin 960 octacore processor, with four of the cores running at 2.4GHz and the other four at 1.8GHz. It uses a Mali G71 graphics processor unit. Android Nougat 7.0 is installed with Huawei’s EMUI 5.1 interface.

It comes with 4GB of RAM and 64GB of storage, with space for a microSD card of up to 256GB. The camera can be set to use the memory expansion to save photos.

Depending where you buy it from, it’s available in black, “dazzling” blue and gold.

I quite like EMUI interface. There are few surprises and anyone used to most versions of Android will have no trouble adapting to it. You can set the grid size (up to five by five). There are a few little tricks that can surprise. For example, to grab a screen shot you can simply rap on the screen twice with your knuckle. That’s easier than using the pull down quick menu (which, itself, is highly editable). It also has a blank page to the left of the home page, so you’ve got two pages in the next-most-convenient position.

The phone was snappy throughout. I doubt you’ll find a phone that is significantly faster. The screen was clear and easily readable under all light conditions, with a very wide angle from which it could be viewed. The touch screen felt a little spongy until I took off the screen protector. Yes, they lower the risk of screen damage, but I hate the things. They reduce the effectiveness of the touch screen, especially in multi-touch mode, and are far greater fingerprint magnets than the oleophobic glass of the screen.

The Basemark OS II performance benchmark gave the phone a score of 2679 overall (the Samsung Galaxy S7 scores a slightly faster 2816 overall). With the Basemark X graphics test, the Huawei P10 was actually somewhat faster than the Samsung: 44070 to 41050. The point of these figures is just to show that the phone is up there in classy territory.

Transferring to the phone was eased by the use of Huawei’s Phone Clone app on the phone I was transferring from. This supports NFC and gets across virtually all apps. Unlike the Huawei Mate 9, it did not preserve the current status of games, but for the most part it made the move painless. I did have to set my preferred ring tone and take a picture for wallpaper.

With decent light, the camera yielded extremely fine photos. The quality matched that of the best phone cameras. Night shots, also, produced rather good results, albeit with quite a bit of grain. The camera pushed the ISO up to 1250 for those night shots, and the grain was higher than one would expect for that kind of ISO. That’s what happens with a small sensor, of course.

One quite fascinating shot accidentally showed something of the inner workings of the twin camera. It was evening on a moderately lit path through a nearby pine forest and I was trying to capture the eerie feel with the phone camera. I had the phone upright and I braced myself for the long exposure time (1/4 second it turned out) on the side of a tree. But it turns out that the view from the corner-most lens was partly obscured by the tree. When I later checked the photo, the left hand three quarters was in colour, while the right hand quarter was monochrome. One can deduce that the camera which was partly behind the tree – the one closest to the corner – was colour while the other camera was monochrome. Furthermore, this shows that the picture produced is indeed a composite from the two cameras. Apart from the lack of colour, the matching between the monochrome and colour versions is perfect. The jagged line between the two is the jagged bark of the pine tree.

Taking some shots in the late Autumn afternoon around the Murrumbidgee River, the pictures weren’t quite as sharp as would have hoped for, didn’t pop as much. I think that may be due to the relatively small f/2.2 aperture. That apart, the picture quality was generally as good as it gets for a phone camera, or close to it.

The Huawei P10 phone is well designed, effective in use and offers an impressive Leica co-branded camera that hints at what the future might hold for great cameras in tiny packages.