The love child of technology giants Samsung and Google and the showcase smartphone for Android’s latest OS, the Galaxy Nexus is not just best of breed, but the best reason yet for not buying an iPhone.

The last smartphone of 2011 and the first handset of Android 4.0, Samsung’s Galaxy Nexus is a joint effort between Samsung and Google to make the showcase for Google’s next-generation of Android OS.

Featuring one of the largest screens appear on a phone, the Galaxy Nexus takes advantage of a 4.65 inch display with a 1280×720 resolution.

The new Android operating system raison d’etre for this handset, running Android 4.0 (aka Ice Cream Sandwich) out of the box. So unlike the other Android handsets, you don’t have to wait for the upgrade to become available.

And while it’s made by Samsung, there’s none of Samsung’s TouchWiz Android modifications. This means it’s stock Android, so you’re likely to enjoy a faster experience, and an authentically Google one.

A new way of switching between open apps (left) and the new look phone interface (right) in Ice Cream Sandwich.

Under the hood, the technology continues, with a dual-core 1.2GHz processor, graphics provided by a PowerVR – a company that used to supply high-end graphics solutions to Sega and arcade companies – as well as 1GB RAM and 16GB storage.

Connections are pretty standard here, with a microUSB port at the bottom, WiFi 802.11b/g/n, DLNA, and Bluetooth 3 with A2DP. Downloads are handled over a 21Mbps downlink from your telco, with uploads at 5.76Mbps.

Much like the Nexus S before it, Google has put Near-Field Communication technology into the handset, making it possible to support Google’s contact-less payment technology whenever it’s rolled out in Australia. At the moment, NFC can be used to transfer files, contacts, and other files between users of the Galaxy Nexus.

For the camera side of things, Samsung and Google have opted for a model lower in specification than what we expected: a 5 megapixel rear camera supporting 1080p Full HD recording, and a front-facing 1.3 megapixel camera with support for 720p HD video. The microUSB port at the bottom of the handset also supports TV-out functionality through HDMI, and there’s an optional cable for that.

The Galaxy Nexus is an undeniably big phone, but not uncomfortable in the hand. It features a plastic shell with a textured back, although we’re told it lacks the impact and scratch-resistant Gorilla Glass we’re accustomed to seeing on Android smartphones.

Samsung and Google have fitted the Nexus S with a 4.65 inch screen, one of the biggest displays on a mobile to date. While HTC’s Sensation XL is bigger at 4.7 inches, the one on the Nexus S provides greater resolution – an industry topping 1280 x 720 pixels. With a resolution this fine, graphics, text and images are crystal clear, with razor sharp detail and pixels that are near-to indiscernible.

There are no physical buttons on the front of the Galaxy Nexus.

The screen doesn’t have the same pixel density as the Retina screen seen on the smaller 3.5 inch iPhone 4/4S, but the difference is mostly academic – Samsung has really delivered here.

If you want to watch videos or browse the web in big-screen, HD glory, then this is the phone for you.

There are also no buttons on the front of the Nexus, making it the first phone to abandon all main buttons. Instead, a small section of the touchscreen at the bottom has been sectioned off and converted into on-screen buttons that change orientation with you when you rotate the device. These buttons also provide new functionality when programs request it.

It’s this functionality that makes Android 4.0 more like the version seen on Android-equipped tablets. From the get-go, these eschewed “device acne” in favour of software buttons, and the adoption of this design in a mobile phone makes it feel like you’re holding a piece of the future.

The settings screen is now easier to use thanks to better organisation.

Take the menus, for instance: these show your apps with a simple left-to-right drag, separated by a tab at the top that identifies whether you’re browsing apps or widgets. A shortcut to Google Market sits in the top right corner at all times just in case you want to download a new app quickly.

The drag-down notification bar now looks clearer and features a shortcut to the now redesigned Settings area, organised into sections such as “wireless & networks” and “device”, making it much easier to read and use.

The dock at the bottom of the home screen is still just as easy to use, and app shortcuts can be added and removed just as easily as they can on any other device, simply by holding the app down and dragging it in and out. Adding widgets and shortcuts is more precise too, with “plus” signs working as guides to help you snap your widget into place.

Bright blue colours occupy other parts of the design, making the phone dial pad literally pop off the screen and giving Android its own special look. Google calls this style “Holo” and while it wants it to appear on every Android 4.0-equipped device, manufacturers are free to add their own overlay.

Here on the Galaxy Nexus, the Holo look is sexy and easy to fall in love with.

The keyboard is slightly clearer (left) under Google's Holo design and now you have little guide marks to help you place widgets (right).

In fact, there’s a lot to love about the Nexus, including a loud speaker, excellent ergonomics, the super-large screen and fast multitasking.

The battery is pretty good too. During our test period, we managed roughly a day-and-a-half of use per charge, which is pretty good given the fast processor and new OS.

Then there are those things that diminish the experience. Not dramatically, but enough to tell Google and Samsung that there remains some work to do.

Despite being manufactured by Samsung, the Galaxy Nexus is a singularly Google experience, meaning you miss out on some characteristically Samsung smartphone features. These include Samsung Apps, Samsung Music Hub, and other Galaxy staples like Reading Hub, Social Hub, and Navigon.

If that is of no concern, the camera should be. The 5 megapixel sensor is a step down from the 8 megapixel on the Galaxy S2, and it shouldn’t be. This is, after all, a showcase handset.

Milo was hesitant about being a subject for our review, but thanks to the super quick shooting speed in Google's camera app, he didn't have much of a choice.

Inside Google’s own app, the camera is fast, literally firing when you hit the touchscreen shutter. There’s no wait and no downtime, and while that sounds like a blessing, that’s only in Google’s fairly minimalist app, featuring flash options, white balance, five scene modes, video capture, and a panorama app. Use any other Android-based camera app and the experience is just like it is in different Android handsets: a fraction slower but with more controls and options.

Up close, the images don’t exactly do this top-tier device justice, with noticeable noise in low light and obvious pixelation. It’s very possible that a simple handset update will remedy this, as has been the case for previous Google Nexus models.

There’s also no LTE on this handset. Some local networks are providing support for this next generation of high-speed wireless connectivity, and as a flagship phone we half expected the Galaxy Nexus to be capable of exploiting the technology. With LTE coverage still limited, though, it’s not a significant omission.

Most things are smooth sailing with the Nexus though, and about the only complaint we have outside of the camera is that a lot of apps on Google’s Market are just incompatible with the new OS. We’re not sure how many you’ll run into, but several of the apps and games we tried to install didn’t function on Android 4, closing down on us the moment we ran them. Expect the situation to improve as teething issues with Ice Cream Sandwich are resolved.

The Galaxy Nexus is easily one of Samsung’s best devices yet, offering a clean Google experience with the very latest operating system. While aspects of it won’t appeal to everyone, the clear design, beautiful screen, strong battery life and appealing OS represent Android’s first serious competitor the iPhone. 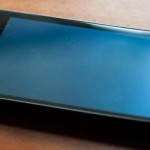 There are no physical buttons on the front of the Galaxy Nexus. 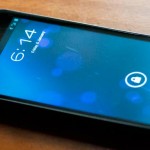 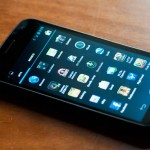 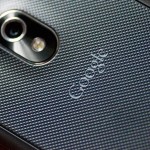 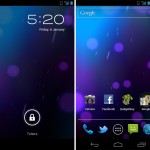 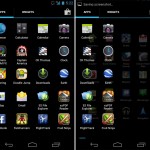 The keyboard is slightly clearer (left) under Google’s Holo design and now you have little guide marks to help you place widgets (right). 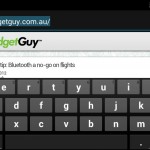 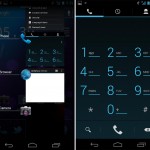 A new way of switching between open apps (left) and the new look phone interface (right) in Ice Cream Sandwich. 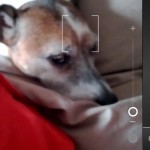 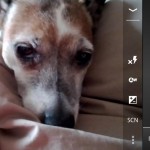 Milo was hesitant about being a subject for our review, but thanks to the super quick shooting speed in Google’s camera app, he didn’t have much of a choice. 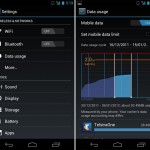 The settings screen is now easier to use thanks to better organisation.

Epson adds the iPod dock to a projector

Samsung set to offer 3D for a cheaper price?