WiFi is everywhere these days – in coffee shops, on buses, and even built into cameras. Samsung’s SH100 is one of the first examples of these to become available locally, providing users with the ability to cameras to email photos without the aid of a computer.

Samsung’s SH100 is a compact design with a 14.2 megapixel sensor and an interesting gimmick: the ability to connect to a wireless network and send photos and videos directly from the camera to email addresses and select social networking sites.

To do this, Samsung has equipped the SH100 with a wireless chip supporting 802.11 b/g/n networks. With WiFi onboard, the camera can stream files to compatible DLNA devices (such as phones, PCs and TVs) over a wireless home network.

A hard connection is also provided on the side of the camera, allowing you to charge the battery and move files to and from the camera using the proprietary connection found on other Samsung compact cameras.

AllShare will let you broadcast your images and videos shot on the SH100 to a Samsung TV equipped with DLNA.

Controls on the SH100 are, for the most part, accessed via the 3 inch rear touchscreen, though there are some physical buttons. These include power and shutter buttons on the top side, a zoom toggle surrounding the shutter, a playback button behind the shutter on the back, and a home menu button on the rear next to the touchscreen.

On the bottom side of the camera is a tripod mount and a door that conceals the battery and microSD card compartment.

The 3 inch touchscreen doubles as the viewfinder and operations interface and, for the most part, it’s responsive to the finger, working reasonably quickly when we selected icons to change settings, such as ISO, flash, and focusing modes.

On the rear of the camera is the home button, one of the SH100’s few physical buttons. Press this and you’re presented with a few screens of options for switching into different control modes: automatic, program, scenes, vignetting, photo editing, creative filters, voice recorder and web uploads.

The image quality isn’t the best we’ve seen, but the SH100 is capable of producing decent quality images. Shooting up close in a macro mode revealed some sharp foreground, while everyday pictures taken outside yielded good colours. The camera seems as capable as other compacts we’ve tested, with reasonably quick focusing, but the automatic modes aren’t as strong other cameras.

While the SH100 provides a 14 megapixel sensor, you can choose to capture images as smaller files, allowing you to capture images in the standard square-ish 4:3 screen size or formats that take up a full widescreen display: a 12 megapixel setting produces a 16:10 image while 10 megapixels displays at a 16:9 aspect ratio.

The "old film" filter emulates what a photo would look like if it were shot and printed several years ago in a darkroom.

Samsung’s creative filters are probably one of the better features of the SH100, with lots of playfulness to be found among the photo and movie filters. These include the ability to apply effects to photos and video that that mimic sepia, fish eye, miniature and sketch finishes.

The SH100 also has some unique features, including the ability to link up to three Samsung WiFi cameras so that they can share images via the “camera to camera” mode. You can even view your images in-camera as a digital photo-book with a travel, wedding or party theme, turning the album’s pages with a finger swipe.

There’s also a “PC auto backup” mode that backs up images stored on the camera to a computer. The backup system here runs a piece of software on Windows (and only Windows) over either a USB or wireless network connection, and there’s even a shut-down option in the camera for an automatic switch off on your computer.

If you have a Samsung Galaxy S smartphone, an app from Samsung’s app marketplace allows you to use it as a remote viewfinder to the SH100. This will let you set the SH100 in one place and use it via a Galaxy S smartphone, like a remote control but for a camera. Theoretically, this concept should work on the recently released Galaxy S2 smartphone too, but at the time of publication the app wasn’t available in the S2 app store. 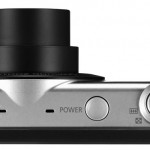 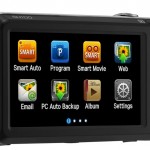 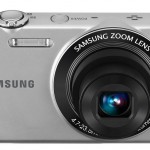 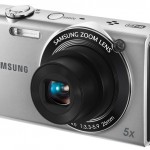 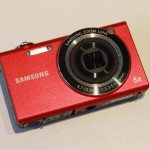 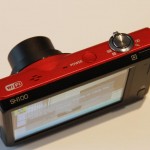 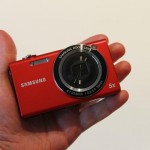 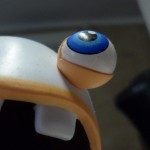 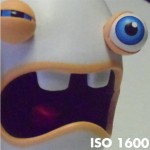 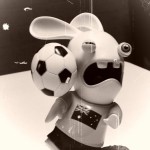 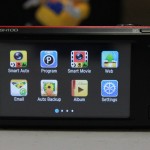 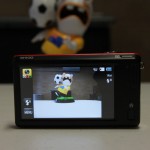 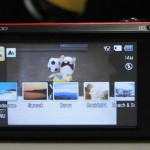 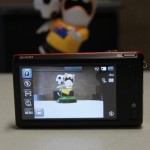 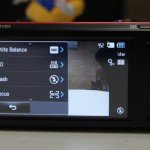 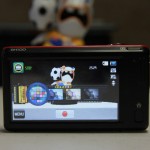 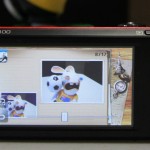 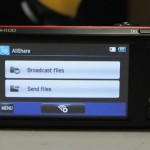 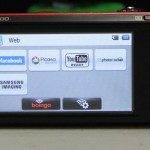 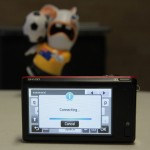 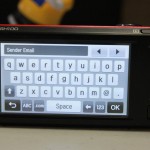 The not so good

Samsung’s creative modes and unique features are interesting additions to this middle of the road shooter, but there are other things that diminish the overall experience.

For starters, you’re stuck with the set of web connected options that you’ve been given, those being Facebook, Picasa, YouTube, Photobucket, email and Samsung’s own imaging solution. If you use any other service, be it TwitPic, yFrog, Tumblr, a blog, you won’t be able to upload straight from the SH100.

The SH100 also won’t always remember what wireless network you’ve linked it to, meaning you may need to reconnect and re-enter passwords every time.

And while the SH100 resizes your 14 megapixel images down to 2MB for emailing, we’d prefer to have the option of selecting between small, medium and large file sizes. Two meg might be big enough for your Facebook wall, after all, but it’s not much good for making prints from. It also means that if you want to make 14 megapixel prints the camera’s WiFi feature becomes superfluous. You’ll need, instead, to remove the memory card and attach it to a computer or printing terminal.

Noise starts to become very visible in blacks once you go over ISO 800.

As a camera, the SH100 has some failings too. In the “Smart Auto” mode, the time from shutter press to an image appearing on the viewfinder is between two and five seconds, with the results often looking soft. Indoors, we found that the flash nearly always fired too, and that was regardless of ambient light levels.

The touchscreen lagged on occasions too, making menu navigation and selection of options slow. Strangely, though, no lag was evident when typing email addresses into the tiny onscreen keyboard.

Lastly, Samsung proprietary connector  – which you need to charge the camera and transfer files at full resolution – is very short.

The Samsung SH100 is an interesting proposition, and at $279, an affordable one. Picture performance is around par with other shooters in this price zone, but its let down by sluggish image capture and a variable touchscreen experience.

As to its WiFi features, Facebookers and YouTubers will have the most to gain here, while traditionalist trained in the process of transferring cards from cameras to computers might see it as a sometimes-handy value-add.

Samsung dishes sound throughout your home with its Multiroom systems

B&O brings the Nordic Sky to a special edition speaker