The Sonos system has never been a terribly cheap sound system to buy into, but the Play:1 speaker brings a dose of wireless HiFi to any part of your home without breaking the bank too much.

The smallest speaker in the Sonos line, the Play:1 attempts to bring high quality sound to a small package with a similarly small price.

To make that happen, Sonos has provided two Class-D digital amplifiers, one tweeter, and one 9cm mid-woofer, the latter of which has been developed for both mid-range sound and bass.

Wireless connectivity is included in the box, but only to “SonosNet,” the encrypted network technology used by the Sonos Bridge. An Ethernet port is included as well, in case you don’t use WiFi in your home or it doesn’t extend far enough.

A single plug is required for the Play:1, keeping the speaker connected to the wall for power.

Three tactile buttons are also on the speaker, the same three most Sonos speakers rely on, with a volume rocker, and a pause and play button.

A threaded screw hole is included for those who want to mount the speaker. The speaker is encased in plastic, but does have a metallic grill surrounding it on most sides.

In a first for the brand, the Play:1 has been built to withstand highly humid areas, but it is not water-resistant in any way. While it might sound like you can take the Play:1 into a show, all it means is it’s been humidity-proofed for places like the bathroom when a shower is running.

The Sonos Play:1 is available in either black or white.

A Sonos Bridge (below) is required to use the Play:1 speaker.

Wireless music didn’t used to be what it is today. There was a point where AirPlay didn’t exist, and Bluetooth speakers weren’t quite as well known and easy to find.

At this point in time, Sonos and Logitech’s Squeezebox (formerly owned by Slim Devices) did battle, both providing a network of speakers or media players that connected to their own services. These sat at generally opposite ends of the spectrum, with Logitech offering a low-to-mid-end product, priced between $200 and $500, while Sonos took up the more premium echelon of products, priced closer to the thousand dollar mark and offering touchscreen remotes over the Squeezebox’s tactile basic button remotes.

Both had their pros and cons, but two years ago, Logitech decided to pull the plug on Squeezebox, leaving many customers without a solution.

Just before Squeezebox’s decision, Sonos made it easier for people to buy into the Sonos system with a smaller speaker called the “Play:3” which offered three speakers in one box, but didn’t carry as high a price as previous models, with a $449 tag.

But that’s not low enough for all people, and if you’re keen to invest in wireless sound for your home, you might want something smaller to start with.

Enter the Play:1, a solution from Sonos designed to fit in most places and provide similar sound to the Play:3, except in a smaller space.

Now if you’ve never seen a Sonos before, we need to touch on how you control them, because the company has never really cared for the traditional remote, adopting touchscreen technology early on.

We all have mobile phones, though, and Sonos picked up on this early on, creating software for the big platforms — iOS and Android — as well as making controllers work on computers running wither Mac OS X or Windows.

You can, if you choose, use the physical buttons on the Sonos players, but outside of letting you change volume and pause or play the sound, you’ll need something running either iOS (iPhone, iPod Touch, iPad), Android (Samsung Galaxy, LG G2, HTC), Windows 7/8, or Mac OS X in your life. Third party developers have even made solutions for Windows Phone 8.

When you run either of these, you’ll be greeted with volume controls for your speaker, and a host of places to run your music from. You can play music from your network drives, off your computer or mobile phone, or even from one of the many music services out there in the world, including Pandora, Spotify, Rara, TuneIn Radio, and so much more.

Controlling your music player is easy, and if the service has different controllers — such as Pandora’s thumbs up or thumbs down option to change the shape of the station — Sonos generally supports it.

Over to the sound, and we have to give credit where it’s due, because this is one excellent speaker.

In rock and pop, we found distinction across the instruments, visible when we heard Dave Matthews Band’s “Satellite,” which pushed on a little extra bass, but still sounded insanely clear.

Pharrell’s “Happy” sounded next to perfect from the front, with an overwhelming sense of clarity and just the right amount of pow and thud to each bassy beat.

And over in classical and jazz, the instruments sounded excellent, with multiple layers of sound, and the feeling that you were listening to a bigger speaker, even though we obviously weren’t.

Overall, it’s an impressive little box, and it’s actually quite amazing how much sound has been packed into this tiny speaker.

Don't have a network drive storing all your music on your home? No worries, as pretty much every service is supported here.

Pair it up with two and you can send music throughout your home, creating what is essentially a household surround sound, with songs that travel with you from room to room. Volume can be easily changed on a room by room basis, with the same song or station airing across the home, but with lower and higher volumes in different places, like a loud sound in the living room, and a lower volume in the bathroom.

And if you have two of the speakers, you can always set them up to be separated as left and right pairs, with one speaker playing the left channel, and the other playing the right.

But we do need to say one thing about the Play:1 which could impact your decision to purchase, and it has to do with that whole price factor we mentioned at the beginning.

While Sonos has never really managed to create a low-cost solution, the Play:1 gets close, but you can’t just buy a Play:1 and have it work out of the box.

Unfortunately, this adds a cost of around $75 to the mix, meaning you’re really spending a dash under $400 to get started with the system, with every Sonos speaker you add to the mix afterwards able to be purchased separately, no second or third Bridge needed.

Overseas, the Sonos goes for $199 USD, which after local taxes and conversion nets under $240, so one could say we’re being a tad overcharged, though Australians are probably used to that by now, and it’s not a severe price gouging.

One other thing would have been nice in this speaker, and that’s a battery.

It’s all well and good to have a speaker that is close to portable, and that is small enough to be portable, but the fact is that the Sonos just isn’t portable because it needs to be close to a power point.

As long as you have one, you’ll be fine, but if you want to take the Sonos outside and extend your music for a BBQ, or even take the speaker upstairs to give your kids some bed time music, you’ll need to make sure there’s a spare plug handy, otherwise no go.

No battery here. Just a thread mount, Ethernet port, and cable to power the Play:1 speaker.

Sonos speakers have never been cheap, but the Play:1 does lower the entry cost just enough to bring the sound system within reach of people who have always wanted it.

If you’re looking for a service that makes your music work for you, this is the one to start with. 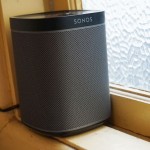 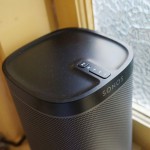 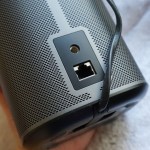 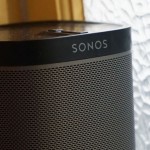 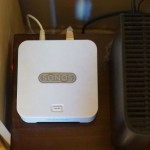 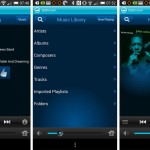 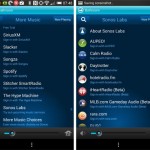 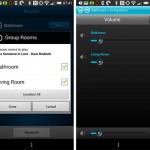 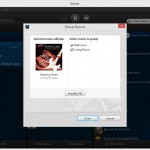 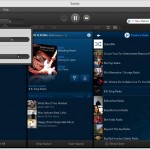 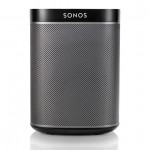 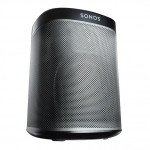 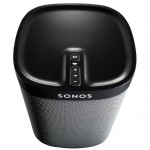 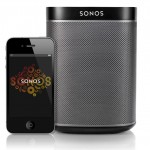 Review: An iPad for all: Apple’s 9.7 inch iPad Pro reviewed

Google could be your next holiday photo curator