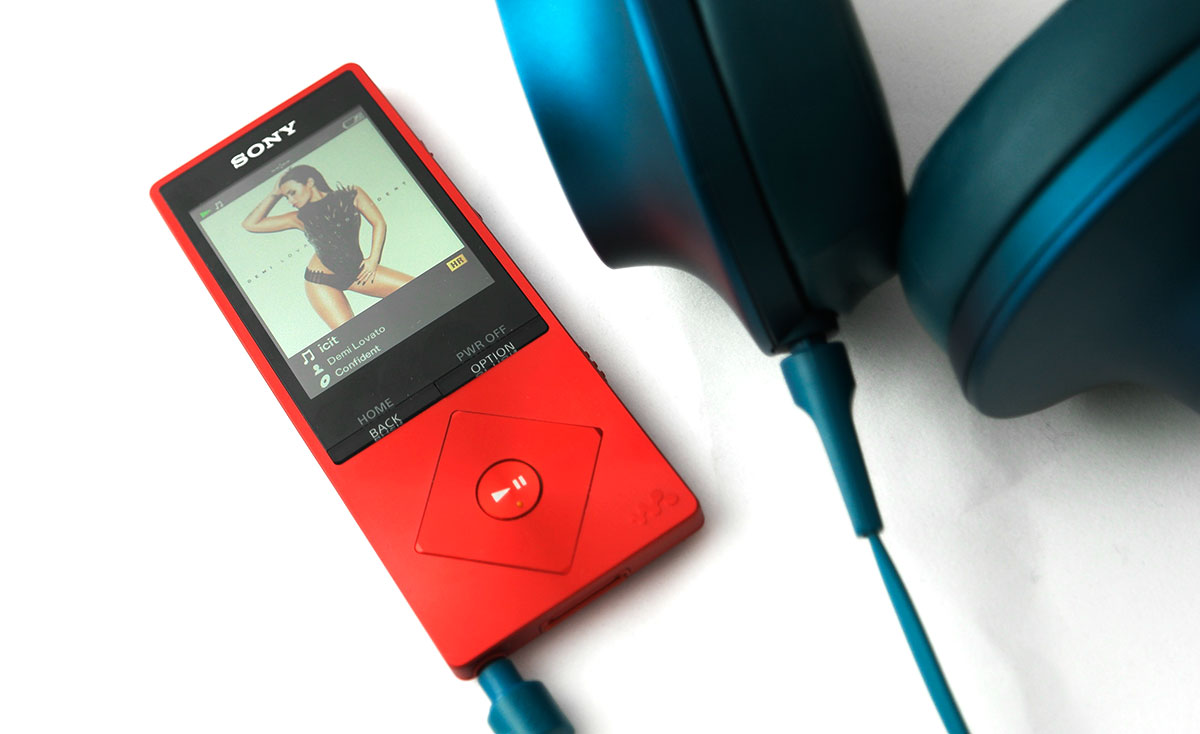 Not everyone wants to use a phone for media playback, and so the Apple iPod still gets buyers, but what if you’re after high-res audio?

Sony’s take on the area might be something worth checking into, with the company’s investment in high-resolution audio providing a new era of Walkman products.

Forget about the tape deck from ages ago, because the new Walkman is about digital media plain and simple, with a screen, physical controls, and even support for more memory. Is this the iPod for people who want more than what the iPod has to offer?

It’s 2016, and our dependency on media players has waned.

You can thank the smartphone for that, as convergence has taken over, letting us keep our music with us on the one device, the humble mobile phone.

In fact, the phone and our insistence on keeping it connected to the world wide web has also meant even the MP3 and the other media format files can take a break, with streaming media services more popular than ever, sending 16-bit sound to our earlobes over the wireless mobile communications networks which to many of us is totally fine.

But what if you’re after a little more from your media?

If you prefer more sound fidelity and wish you could make a record player go portable (you can’t, by the way, not without looking a little like a loon), you might want to look into high-resolution audio, a concept that brings a higher definition of sound to a lossless format.

When paired with the right sort of media player and headphones, high-resolution audio can sound like it was mastered right for your head, with more instruments and more range provided in the audio files, which are also larger.

High-res audio won’t work on any old device, though, and with only a few smartphones supporting the technology, if you have something else, you’re out of luck.

That is, until you invest in a high-res capable media player, which Sony’s NW-A25 certainly classes as.

This gadget brings together a digital amplifier, a 2.2 inch LCD screen, and enough power and volume to drive both lossless (FLAC, ALAC, AIFF, WAV) and lossy (MP3, AAC) files across the 16GB storage provided to you, with a little room to move via a microSD slot found on the right side.

Sony includes a large enough battery capable of pushing out to 30 or 50 hours depending on the type of file you’re running through it, but one of the points worth knowing with the A25 Walkman is that it’s rarely off.

Pick it up and you find a few buttons, with a directional pad to guide to screen (because there is no touchscreen here) and a centre play and pause button, which also acts as an enter button given its position.

The two main buttons under the screen act for back and option, and if you hold them down for a few seconds, you’ll get the back to send you “home” to the main screen, while the option button will after a few seconds of pressing power the A25 Walkman off.

It’s fairly easy to work out, and with a volume rocker on the right and an interface made of a basic grid that feels like it’s out of a phone from over a decade ago, we think it’s safe to say that you won’t have any problems making your way around the Walkman interface.

Is it as slick as an iPhone or another smartphone? No, but given there’s no touchscreen here, it does the job adequately.

Testing with the GadgetGuy 2016 Sound Test and a pair of Sony’s “h.ear on” MDR-100AAP headphones, we found the player had no problem pushing out the sound, and at just a touch over midway on the volume settings, we had plenty of sound. In fact, halfway — 15 out of 30 volume notches — was loud enough, competing with what would easily be 70 percent sound on other media players or phones.

That means there’s an abundance of volume here, which is good news if you like to turn it up, and better news if you have a pair of headphones that really relies on an audio source that can churn it out.

Listening to high-resolution audio files ranging across a spectrum, we found the A25 Walkman had no problems with either 16- or 24-bit files, with 44.1kHz, 48kHZ, 88kHz, 176kHz, and even the biggest files of all — the 192kHz files — all running as well as they would on another player.

Essentially, if you have FLAC, ALAC, WAV, or AIFF files, and you’re not keen to spend over a grand, the A25 could certainly work for you. If you need DSD support, look elsewhere, but for the majority of high-resolution audio listeners out there, the file support is certainly suitable here.

Sony has also provided support for MP3 and AAC if you need it, handy if you’re coming from an iPod, but we’d probably look to the A25 because of its high-end audio support.

There’s a little more to the A25, mind you, because there’s cover art, an upscaling engine for lower definition audio files (DSEE HX, which in our tests tends to space out the audio a little), and support for wireless communications over Bluetooth and Near-Field Communication.

Video support is also in the A25, as is the ability to look at pictures, which means if you want to, you can load up a few bits of multimedia on the 2.2 inch LCD, as small as it is.

We did find the A25 wouldn’t touch video files with specific dimensions, or over dimensions that is, and videos over 640 pixels wide wouldn’t load despite the file format apparently being fine.

That’s just something to keep in mind if you decide to use the A25 as a video player, though again with its tiny screen, we probably wouldn’t.

Really, the most jarring aspects of the A25 Walkman come after reviewing its predecessor, the A15, and that leads you to quickly realise two things.

One is that very little has changed, and the A25 is basically a slight upgrade on that variant, with much of the same design, interface, and pretty much the same lightweight aluminium body that now for some reason feels more like it’s a cheap plastic. They even weigh the same, sporting identical 66 gram weights.

The only things that appear to have changed have been slight upgrades to connections, with the 3.5mm headphone jack now able to connect to Sony’s power-less noise cancellation headphones and provide noise-cancelling high-res and MP3 audio, though these aren’t in the box and will have to be bought separately.

Oh, and Bluetooth has been notched up to a different version, too, sitting on this model at version 3.0 instead of the 2.1 from the previous model. Hooray.

The other major change is the price, and thanks to the waning Aussie peso, this now arrives with a slightly higher tag of $279 RRP, $30 higher than the previous model.

For us, the jarring thing about the A25 is that if you can still find the A15 — and can find it at less of a price — the similarities between the units make you less likely to go and buy the A25.

And that’s kind of the problem because outside of a release year, a model number change, and a slight bump in Bluetooth and price, the A25 is the A15, except made for this year.

The problem with the A25 is the little that was wrong with the A15 is still present here, like that annoying proprietary port that doesn’t serve a purpose beyond forcing you to buy another unusual cable if you were to lose it and taking up space that could be used for a bigger battery.

There’s still no WiFi, which is fine, we guess, since there’s also no real open operating system here. Mind you, given Sony includes Spotify access on its PlayStation console, it would have been nice for WiFi to be included here with access to a custom Spotify app linked up to your account.

In fact, the only thing that drives the real change in model number is that inclusion of noise cancellation technology, which is something you can only really go for if you also buy the optional headphones.

Frankly, we’d just buy a pair of better noise cancelling headphones not dependent on a sound technology in the media player, making it possible to use them not just with the Sony A25 Walkman, but any other sound source you happen to be taking on a flight with you.

It might sound like we don’t like the A25, but nothing could be further from the truth. For under $300, Sony’s 2016 pint-sized Walkman is a great way into the world of high-resolution audio in a body that is so light and easy to keep on you that it’s hard to imagine why more players haven’t tried this.

We’re still not sure why Sony has stuck with such an odd proprietary port, mind you, and that’s one thing that prevents the A25 from being the must have compact media player.

As it stands, there isn’t really a “must have” compact media player anymore, now that smartphones have taken over as the default media player we all carry with us.

But if you really want to get it on high-res audio or prefer to keep your phone used for things other than media playback, Sony’s A25 Walkman is definitely worth a glance, if only because it does high-res audio so well and won’t cost you an arm and a leg for the privilege. 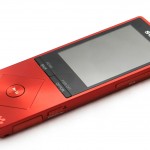 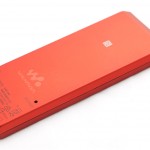 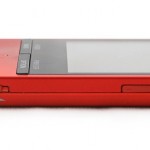 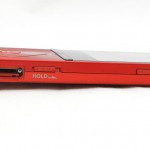 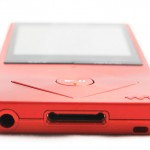 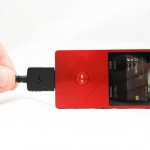 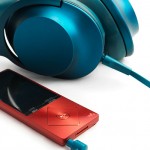 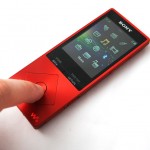 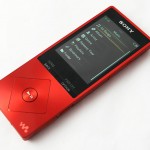 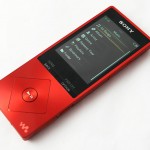 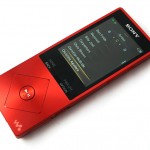 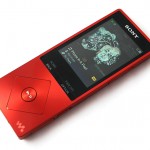 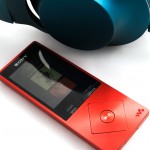 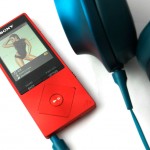 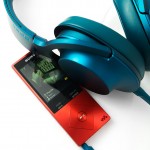 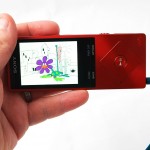 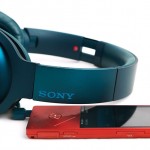 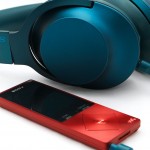 Review: Sony NW-A25 Walkman
Price (RRP): $279 Manufacturer: Sony
Still one of the least expensive ways to get into high-res audio; Easy to use with a physical controller; Can drive some relatively power-hungry headphones; Technically includes support for noise cancelling;
Proprietary charge and data transfer port; Video formats are a little all over shop; No WiFi means no streaming services and no internet radio; Includes support for noise cancelling, but doesn’t come with the required headphones to make the noise cancellation work;
Overall
Features
Value for money
Performance
Ease of Use
Design
4.0Overall Score
Reader Rating 0 Votes
Share
Tweet
Share
Share
Tweet
Share