After five similar models of PlayStation Portable, Sony has finally reinvented its portable gaming system, changing everything and bringing new technologies to the PS Vita.

Introduced in 2005, Sony’s PlayStation Portable has had a varied life, with many versions released. Originally designed to be a portable PlayStation 2, the handheld console would take games on a modified MiniDisc called a “UMD”, play music and movies, and even surf the web.

Seven years later, Sony is shaking things up by redesigning and refreshing the entire console, even going so far as to shed the PSP name. From 2012, the new console is the PS Vita, and boy, have things changed.

From the first look, the design is actually fairly similar. While the PSP has gone through several iterations, the premise was always the same: a large widescreen display flanked on each side by PlayStation controls.

Here in the PS Vita, the premise hasn’t changed much, with the console featuring an analog control stick on both the left and right sides, directional pad on the left, and action buttons on the right. Paddle buttons exist on the top – where your trigger fingers would normally go – and more or less, this is a PlayStation 3 controller as designed around a screen.

The screen sitting in the centre is a 5 inch OLED touchscreen display with a 960×544 qHD resolution, running atop a bed of technology, including a quad-core processor, 256MB RAM, Six-Axis motion sensors, WiFi, and Bluetooth.

For something completely different, the rear of the Vita is coated in a touchpad decorated with tiny circles, squares, crosses, and triangles – the shapes used on the PlayStation buttons. This touchpad aims to bring more interactivity to games, allowing you to use your fingers to do more while your thumbs beat away at the buttons on the front.

Two cameras have also been thrown into the mix here, wth 1.3 megapixel cameras used on both the front and back of the handheld.

Sony has released two models here, with a WiFi only and a WiFi/3G model, similar to how Apple releases two specific iPad variations. In the WiFi/3G Vita, a SIM card slot exists on the right side, while this feature is of course missing from the WiFi-only variant. Both models feature a memory card slot at the bottom right, charge/transfer and headphone ports on the bottom, and a plethora of bits on the top, including a power button, covered Vita game cartridge slot, covered accessory port, and volume buttons.

Both devices support Bluetooth, too, offering support for wireless headphones.

In the box, you’ll find a USB to Vita cable that can be plugged into both the power charge unit and a computer, useful if you plan on moving content to and from the console. You’ll also find manuals and augmented reality cards, but interestingly there are no headphones. Perhaps Sony assumes that everyone has a pair they love now; whatever the reason, there are no headphones in the PS Vita package.

Switching on the PS Vita, it’s hard not to feel a little impressed by the screen technology used here.

While the 5 inch qHD screen doesn’t have the same pixels per inch as Apple’s Retina screen found on the iPhone 4/4S, it still manages to hold its own, with 220ppi, compared to the 329ppi on the iPhone’s 3.5 inch screen.

This means the screen isn’t as clear as what currently exists on a lot of top tier smartphones, but is still better than that of other portable gaming systems, especially the PlayStation Portables that came before it.

Stick in a game cartridge and you’ll be treated to some pretty stellar graphics. While the titles we’ve played aren’t quite up to the quality we’ve come to expect on the PlayStation 3, games such as “Uncharted” and “Wipeout” tell us Sony has really done its work with the Vita.

You'll see the touchscreen working every time you bring the Vita back from standby.

Some of that extra interactivity really works a treat here, and we’re certainly seeing some playfulness on the part of the developers.

Over in the world of Uncharted, you’ll make Nathan Drake row a boat by swiping down on the rear touchpad, look for hidden invisible ink by making use of the rear camera and holding the PS Vita up to a bright light, and even use the touchscreen to fight in hand-to-hand combat during quicktime events.

Sony’s use of augmented reality is really impressive, too. Out of the box, you’ll find five small laminated cards with strange blocky codes on them, and you can use these in conjunction with specially designed video games to play titles that look like they’re being played out in real life.

For instance, if you put a card down on your desk for use with “Cliff Diver”, your screen will show live video of your desk as shot through the rear Vita camera, but with an animated interactive lake sitting on top. You can get close to the fake lake, move around it, and generally play from all angles.

Likewise in “Reality Fighters”, you can force two characters to wrestle and fight anywhere else you put one of the augmented reality cards, such as the floor, the back of your dog, or the kitchen sink. Just don’t turn the tap on.

While there is much to admire about Sony’s next-gen portable, there’s just as much one can find fault with.

Let’s start with something Sony gamers know all too much about: backwards compatibility. This was something mostly missing from the PlayStation 3, and once again, it’s absent from the PS Vita.

Gamers migrating from a PSP will be a little annoyed here – maybe more than a little – as the UMD cartridge system has been ditched and there’s no way to port your titles over to your new device. From what we’ve seen, you’ll have to re-purchase your titles again, potentially forcing you to spend more to play the games you love on a new device.

These PSP games can be purchased on the PlayStation Network, but so can Vita titles. Locally, Vita games purchased from the online store cost as much as the retail physical version, giving you no good reason to download games other than needing something when the retail store is closed.

Games can be purchased in both cartridge format and digital downloads from the PlayStation store.

Given how inexpensive games on mobiles and tablets have proven to be, finding titles for a minimum of $9.95 to around $70 is just plain disappointing. In fact, games that cost barely $5 on the iPhone and iPad can cost three times as much on the Vita, a fact that’s as confusing as it is sad.

If you previously owned a PSP Go – the download-only version of the PlayStation Portable – your games should work here, but gamers with a stack of UMD titles will need to respend in order to use their titles on the new console.

Any title that you buy also needs to install, something we’re a little confused about. While we understand that downloaded games need to live somewhere, the cartridge installations confuse us.

When you insert a cartridge for the first time, you’ll find that it installs to the system, setting up the save-games and installing a shortcut on the menu. But when you take the game out, the shortcut remains, leaving you with an empty shortcut that doesn’t do anything until you return the game cartridge. Personally, we would have just made the shortcut appear when the game was in the console, not a pemanent situation. That seems less confusing to us, but cie la vie.

Battery life is fairly mediocre, too, with roughly five hours of gameplay offered out of the Vita. That’s not great, but given the quad-core processor and OLED screen, it’s not a total surprise.

But that’s not what annoys us most about the Vita. No, for that we look at the memory Sony is using here, something you’ll need to buy if you want to download apps, games, game demos, or generally use the console altogether.

When we first looked at the memory, we thought that Sony had gone with a standard, as from afar, the memory card looks like microSD. Only upon getting closer were we greeted with a slightly different shape, a thicker size, and a completely different pin layout.

And then it hit us: just when we thought it had come to its senses and joined the rest of us with standards, Sony had invented yet another memory format.

Ultimately, we suspect the proprietary Vita memory format is more of an insurance policy for piracy. In the last few generations of PlayStation Portable, Sony would find itself fighting a battle with the PSP modding community, a group that would constantly come up with ways to circumvent the copy protection almost as quickly as Sony could patch it.

With the new type of memory in the Vita, it feels like no matter what happens, Sony wins. Even if modders come up with a way to infringe copyright, they will still be forced to buy Sony’s proprietary Vita memory. Of course, we have no real proof of this, but considering that microSD is a format that already has legs and speed to match, we can think of no other reason to introduce a new memory format.

While Sony has loaded some truly great technology in the Vita, it’s clear that the console isn’t perfect.

We reviewed on the WiFi version which matched our needs perfectly. We’re not really sure why the 3G console would ever be needed, and shudder to think how much it would cost to play games over mobile broadband.

That said, if you’re into games that are more than what can currently be offered on a smartphone or tablet – more than just a casual game of Angry Birds or Peggle there’s no doubt that the Vita will grab your attention. 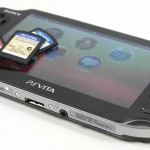 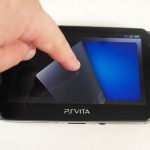 You’ll see the touchscreen working every time you bring the Vita back from standby. 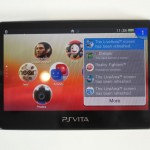 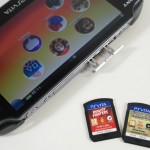 Games can be purchased in both cartridge format and digital downloads from the PlayStation store. 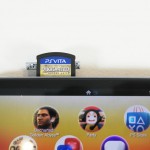 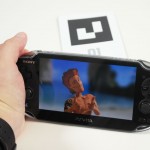 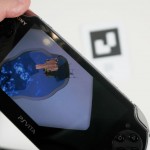 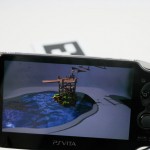 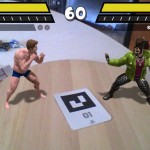 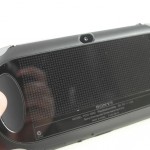 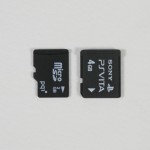 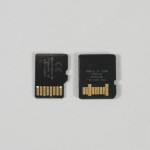 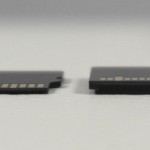 Sony at E3: no PlayStation 4, but plenty of games