Review:
Anti-aquaphobic: we review the Sony Xperia Go, a phone that likes water

Not everyone stays on dry land. Some people actively seek adventures and activities that take them into the water, and Sony has made a new phone just for those people, that won’t, you know, stop working, when water comes in contact.

With a name like “Go,” you’d think that Sony was eyeing off a group of people who intended to go places further than their home, social events, and a workplace or two.

You would be right, because Sony’s Xperia Go is the company’s first adventure ready smartphone for the masses, bringing with it IP67 certification, allowing it to be immersed in one metre of water for up to 30 minutes, and even having some level of dust protection.

That level of proofing isn’t common for smartphones in this part of the world, so it could be very useful to those with active lifestyles.

With water and dust in mind, the removable back is made from a textured plastic, and is pressed tightly against the unibody phone, which encases the battery inside, but has pull out flaps for a microSD slot and a small drawer for the regular sized SIM card. The 3.5mm headphone jack has a water-sealing flap over it too.

Put the case back on again, and make sure to press it tightly into place, sealing the phone properly, and it’s ready for a swim.

Sony is pairing this level of resistance with a dual-core 1GHz processor, 512MB RAM, and 8GB of storage inside, although that microSD slot underneath means you can add more storage.

Looking at connection options, it’s pretty standard here, with Sony providing WiFi on 802.11 b/g/n, DLNA, GPS, and Bluetooth 3.0, though unlike other Sony handsets we’ve seen this year, Near-Field Communication is not included.

The screen sits at a 3.5 inch size, covered in strengthened glass and supporting 320×480, showing roughly 165 pixels per inch, which is exactly the same resolution and PPI in the iPhone 3 and 3GS (as well as the original which was never released locally).

Like most touchscreen devices available today, there aren’t many physical buttons on this handset, with a power button up top and a volume rocker on the right side. Three soft buttons sit at the bottom of the screen, supporting back, home, and menu bottons.

The Sony Xperia Go features a 1305mAh battery, a little lower than the phones we’re seeing of late.

Sony’s phone division – previously known as Sony Ericsson – made some really good phones, and when you first pick up the Go, it’s a comfortable hold, with a nice weight and balance to it that reminds us of the Sony Ericsson Ray, another of the company’s smaller devices.

But one of the main reasons to buy the Xperia Go stems, most obviously, from its ability to work in water, and wow, does this work well.

With the warmer months only just starting now, we haven’t had the ability to go swimming or diving with the phone, but we were able to leave the handset in a tub of water for over 20 minutes with no problems.

That suggests that if you do some light swimming with it and keep it tethered to your person, you should be fine, something few phones can offer.

You won’t, however, be able to use the phone very well in the water. Despite the handset being able to survive a liquid encounter, you won’t get the screen working very well until it’s up on dry land, with the capacitive touchscreen lacking any solid resistance.

Seriously, you can’t use the touchscreen when it’s immersed, with no actions made by your fingers swiping on the screen registering here. Sometimes, the screen will respond on its own, as if the water were fingers touching it, so it’s easier to stick the phone on standby if you’re taking to the sea, pool, or walking without an umbrella or raincoat.

Surviving water is one thing, but using it is in water is another altogether, and is just something to be aware of.

Out of the water, the resistant gimmick is still nifty, though it’s pretty obvious in designing this handset that Sony hasn’t exactly thrown in the best quality components, keeping the specs down in exchange for being able to survive the elements.

The screen, for instance, uses a very low resolution 320×480 screen, the sort of display you still see on budget handsets that normally grab $99 price tags, and although it’s a reasonably responsive touchscreen when dry, the version of Android that it comes with is old enough and handicapped enough to bug us.

Now considered an old and outdated version of Android, Sony has opted to include Android 2.3 on this handset, also known as “Gingerbread”. While an update to Android 4.0 “Ice Cream Sandwich” is planned, a release date isn’t yet known.

Like all other Sony mobile handsets, the Android overlay and reminds us of the design the company has been using on its TV CrossBar menu and PlayStation 3 video game console, which is clear, modern, and easy to read. Not all of it is easy to navigate, however, and if you have more than three menu screens – which you will – you literally need to swipe to get through all of them.

With a small screen, expect a small keyboard to type on, the low resolution not helping much here, either.

Thankfully, Sony has included a dual-core processor, though we’re definitely not talking about a high-end processor, with the benchmarks showing performance similar to the Samsung Galaxy Nexus from late last year.

No micro or nano SIMs here; just use the regular one.

That said, it should be fast enough for most things, and while we didn’t wait very long for the phone to do anything, if you’re planning to use this for new games and lots of apps, it may chug along.

On the other side of performance, battery life is pretty average, with a day of life expected from our tests, so you will need to charge it regularly, unless you get by with doing absolutely nothing with your phone.

And despite the Go being a modern handset, we didn’t have the best of luck with 3G on our Xperia Go, with the signal dropping out frequently and switching back to the lesser 2G speeds.

Sony’s Xperia Go isn’t the best handset out there, but if you’re after a smartphone that isn’t afraid of water, it’s definitely the one to buy. 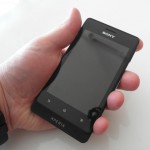 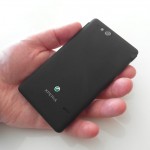 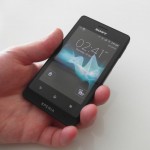 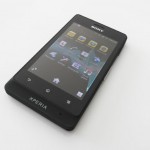 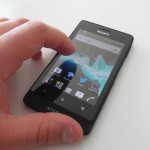 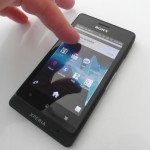 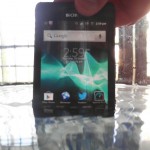 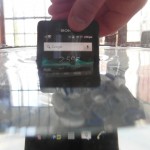 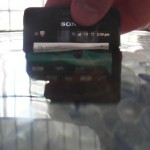 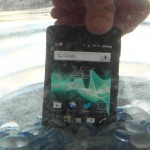 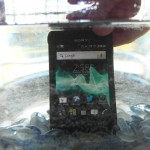 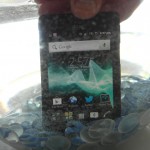 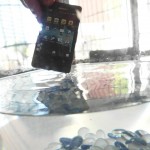 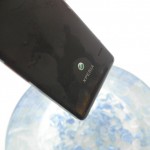 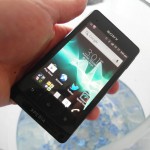 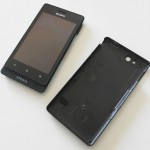 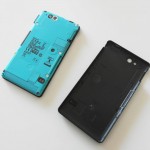 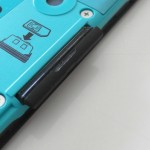 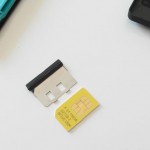 No micro or nano SIMs here; just use the regular one. 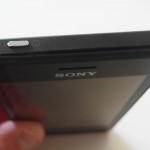 Telstra unveils the T-Hub 2, connects the tablet with your home phone