Sony’s first smartphone to drop the “Ericsson” branding not only seeks to revamp its handsets, but also make it cream of the crop, with features such as a 12 megapixel camera, NFC, and a display that promises better clarity than Apple’s own Retina screens.

Sony’s first handset is a departure from what we’ve seen in the Sony Ericsson collaboration,  the Xperia S relying more on a subdued look with less of the glossy slippery gradients seen on the Arc S and Neo handsets.

Here in the Xperia S, the chassis is made of black plastic covered in an anti-stain material to make it easy to wipe things off. Like previous handsets, Sony is trying to get across the look of a black monolith, although now there’s a transparent strip that not only lights up to show you the three soft buttons – “back,” “home,” and “menu” – but also houses the phone’s antenna.

Most of that big black monolithic front is taken up by the 4.3 inch LED-backlit touchscreen, a display that runs a 1280×720 resolution and offers a Retina busting 341 ppi. A pixel-per-inch number that high means the text, websites, and graphics on display on the Xperia S will look just as good – if not better – than what the high-grade 330 ppi screen on the Apple iPhone 4S can show. The screen is also coated in scratch-resistant glass, offering just a little bit more protection in case you do the unthinkable and drop the phone.

It’s not just the outside that has been given a different look, as Sony has finally added a dual-core processor to its smartphone range, something mobile buyers missed out on in Sony’s products last year.

The Xperia S features a dual-core 1.5GHz processor, dedicated Adreno 220 graphics chip, and 32GB of storage built into the handset. Sadly, there’s no way to upgrade the memory, as Sony has ditched the microSD port we’re so used to seeing on Android handsets.

Speaking of Android, Google’s operating system does run on the Xperia S, but in the release model, you’ll only find last year’s version: 2.3, Gingerbread. Sony says that an upgrade to 4.0 “Ice Cream Sandwich” is on the way, but doesn’t say much more beyond an expected mid-year release timeframe.

The multimedia capabilities of this handset look fairly impressive, with Sony throwing in a 12 megapixel autofocus camera on the back with LED flash, geotagging, face detection, 3D sweep panorama, and support for 1080p Full HD video capture. A front camera is included, with 1.3 megapixels on offer and support for 720p HD video conferencing.

Connectivity looks to be strong on the Xperia S too, with GPS, WiFi 802.11 b/g/n, DLNA, WiFi hotspot, Bluetooth 2.1, and even Near-Field Communication supported on the Xperia S. The maximum downlink capable from the Xperia S is 14.4 Mbps, not as fast as the 21 Mbps smartphones we see.

The Sony Ericsson branding is still here on the phone... provided you take the back off.

And in a first for Sony, the Xperia S also ditches the regular SIM and forces you to grab one of those smaller micro SIM cards.

Also of note is the battery, which is completely integrated in the Xperia S handset. The only reason the black plastic back needs to slide off is to let you install the SIM card.

As with most modern smartphones, there are few physical buttons to be seen and felt on the Xperia S, with a power button on the very top, and a volume rocker and camera button on the right. Two ports can be found on either side of the handset, with a micro USB charge and data transfer port on the left and a micro HDMI port on the right. A 3.5mm headset jack sits on the very top of the phone.

Sony may have ditched the Ericsson co-branding, and with it the “Arc” naming, but when you grab the Xperia S, it’s clear that the handset is the next evolution of that retired model lineage. The slick simple tall rectangular shape decked mostly in black reminds us of the models from last year, and even though the silver plastic buttons aren’t here, the transparent strip at the bottom kind of reminds us what has gone missing.

There’s no doubting that the matt black plastic back is very different from the shiny backs we’ve seen from Sony Ericsson, and here in our hands, the Xperia S is much more comfortable. Your fingers don’t slip from a hold, and the curved back helps to push back into the palm of your hand, letting the handset rest comfortably.

That said, the curvature of the phone doesn’t mean it’s a ridiculously slim smartphone, sitting at 10.6mm thin, over a millimetre thicker than the iPhone 4S. While that doesn’t make it a brick by any stretch of the imagination, there is a fair amount of heft to the handset that may make it a touch heavy for some.

The display is also one of the nicer parts of the phone, showing off a beautifully clear resolution, provided you’re looking at it head on.

Like last year’s Sony Ericsson mobiles, the Xperia S uses Google’s Android 2.3 Gingerbread, an outdated OS, but still a capable version. And just like last year’s Sony phones, the Android overlay is excellent, combining a similarly slick design with an easy to use horizontal menu system, five widget capable homescreens, and a nice pinch-to-zoom combined widget overview that shows every widget you have in one easy to see place.

In fact, the camera is easily one of the better features, offering a solid performing shooter in a mobile handset. Up close, there’s a little bit of noise issues, but the results from the camera are pretty impressive.

We’re not sure about Sony’s inclusion of Near-Field Communication, though. While Google was very keen to show us how it could be used to transfer files last year in the Galaxy Nexus and future developments suggest it could be used as a form of credit card, Sony seems intent on showing that it can be used as a way of quickly changing phone settings.

Sony Xperia S handsets will arrive with two Xperia NFC tags, flat plastic tags that look like squashed Christmas tree baubles that can communicate with the handset. Simply put, you can quickly program a phone to recognise specific NFC tags – discernible by colour and shape – to change settings when the phone is waved in front of them.

If you’ve just come into work and you need your Bluetooth switched on and WiFi switched off, you can program this to a specific tag, leave that tag at work, and then wave your phone in front of it. The phone will respond and you will be saved precious minutes of your time that would normally have you switching off the functions yourself.

Over on the battery side, the Xperia S manages roughly a day of usage, provided you’re doing the odd bit of social networking, using the camera, chatting with friends, and surfing the web. If you’re more reserved, you’ll be able to get two days out of the phone, especially if you use Sony’s power saving mode, of which there’s a widget to help you switch it on easily.

Sony has certainly put a lot of good work in the Xperia S, but one thing that concerned us was the responsiveness of the handset.

While the dual-core processor didn’t seem particularly concerned with anything we threw at it – games, apps, social networking, browsing the web – the phone did have issues when we tried pressing the soft buttons at the base of the handset.  Half of the time, our button presses weren’t recognised, producing a rather annoying usability issue.

We had a similar problem getting the dedicated camera button to function, as like previous Sony Ericsson handsets, the button seems to require the heaviest press you can muster. Most of the time, we just touched the screen to fire off the camera shot, ignoring the camera button altogether.

It’s sad that the only major issues we had in using the Xperia S were with the buttons, especially when Sony has done an admirable job putting together the specs and build quality in the Xperia S. Perhaps a firmware update will fix everything, or even a move to the latest version of Android; we’d certainly appreciate some patches here and there.

While we wish the response times of the soft buttons were faster and the camera button was a little lenient in how much pressure you needed to exert, it’s clear that Sony intends to aim for the top spot with the new Xperia line of smartphones.

There’s a lot to like about the Xperia, complete with its generous 32GB of storage, excellent screen, and solid 12 megapixel camera goodness, just be mindful that it’s not as responsive as it probably could be. 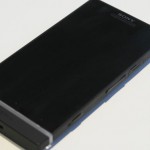 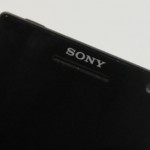 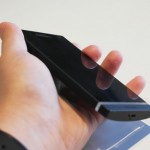 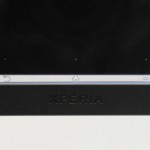 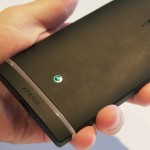 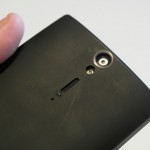 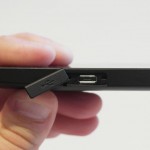 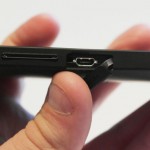 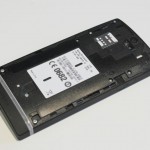 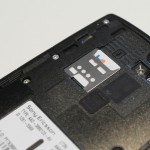 The Sony Ericsson branding is still here on the phone… provided you take the back off. 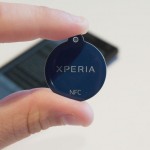 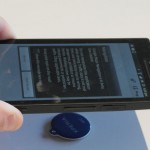 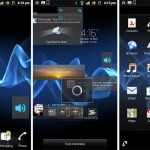 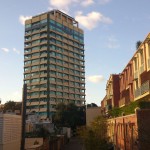 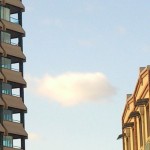 Review: Anti-aquaphobic: we review the Sony Xperia Go, a phone that likes water