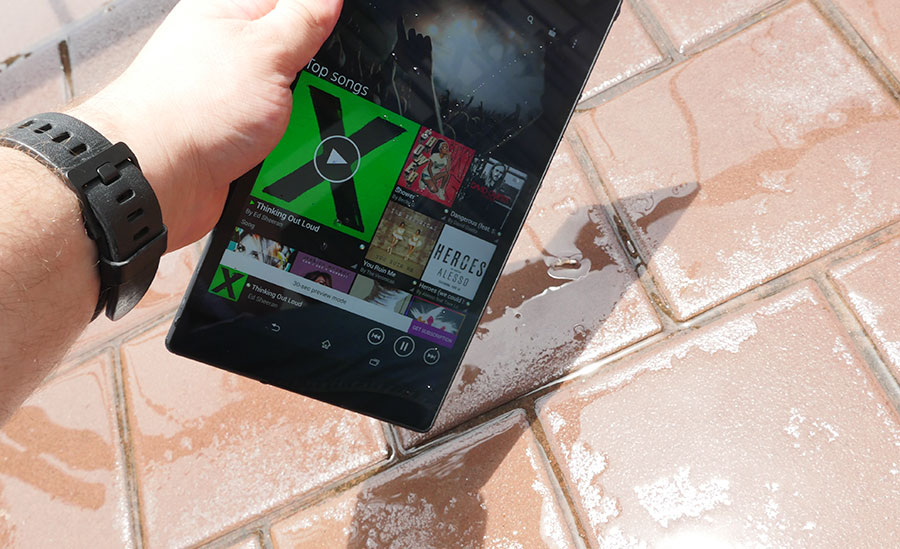 We’ve seen some solid word from Sony this year in its Xperia phones, and now it’s time to see what happens when it applies that template to a tablet.

The last product in Sony’s Xperia Z3 range isn’t a phone, but rather a tablet, and in the last month of 2014, Australia gets to see the product for itself, as we take the Xperia Z3 Tablet Compact for a spin.

First thing’s first, there’s the screen, which is generally seen as the most prominent part of a tablet, and here Sony is relying on an 8 inch 1920×1200 Full HD display, taking advantage of Int-Plane Switching (IPS) technology and using Sony’s Triluminous colour technology.

Under that, you’ll find a smattering of technology that Sony has not only shown us before, it has shown us in very recent Sony phones.

Apologies ahead of time if it sounds like were reading the spec list of the Xperia Z3 and Xperia Z3 Compact, but Sony has basically kept things the same, including Qualcomm’s quad-core Snapdragon 801 processor clocked at 2.5GHz, 3GB RAM, 16GB storage, and a microSD slot to expand that last section if you ever run out of space.

As expected, Google’s reasonably recent “KitKat” version of Android runs here, with Android 4.4 appearing on the tablet out of the box.

Over in the multimedia department, you’ll find two front-facing speakers etched into the body above the bezels surrounding the screen, with a 2.2 megapixel camera found on the front and an 8 megapixel shooter on the back.

Connections for the tablet include 802.11ac WiFi with backwards compatibility for 802.11a/b/g/n, Bluetooth 4.0, Near-Field Communication (NFC), DLNA, and Miracast rounding out the wireless specs, with wired handled through a microUSB port supporting MHL3 and USB on-the-go (OTG).

Depending on the model you get, you’ll find either one or two slots, with a microSD slot for expanding the memory found under the door on the right side, and possibly a nanoSIM slot for providing mobile data as well as mobile phone calls.

The battery is built into the body of the Sony Xperia Z3 Tablet Compact (not removable), and is rated at 4500mAh.

We’ll talk about what we like first, and there’s a fair amount of that, starting with the feel.

Yes, Sony has been on a roll this year with its monolithic design, taking what we’ve seen in the Xperia Z and Z1 smartphones and pushing it to the Z2 smartphone and tablet earlier in the year, and now at the back half refining it for the Z3 range of products.

We’ve seen the 5 inch Xperia Z3 and the 4.6 inch Xperia Z3 Compact feature this design already in the past couple of months, and now it’s time to see what it looks like on a tablet as Sony pushes it to an 8 inch tablet.

And basically, if you liked how it looks on the phone, you’ll love it on the tablet, as it works brilliantly here, too.

Sony’s design is simple, basic, and very minimalist, but it works a treat providing something that is barely noticeable in the hands at 270 grams, feeling more like a few pieces of cardboard whacked together with a clear screen on top and a slightly textured bit of plastic underneath.

Gone are our worries that a Sony device is slippery, a claim we made with both the Z3 and Z3 Compact smartphones, devices that relied heavily on glass as the rear material and made for something a little slippery.

Instead, the Tablet Compact is comfortable in one hand or two, and feels like a quality product thanks to the sides which are framed in aluminium, with the glass keeping everything else solid up front.

That weight is pretty special, too, beating out Apple’s iPad Mini 3 at 331 and 341 grams (WiFi and WiFi/4G), and besting Samsung’s 8 inch Galaxy Tab S which hits 298 grams itself.

This is a combination that works, and it’s one that continues when you switch the tablet on, as Android 4.4 “KitKat” comes to life underneath a Sony overlay, with a Full HD 1920×1200 8 inch IPS screen bringing it all to life.

It’s not your regular screen, either: while it is an In-Plane Switching LCD, Sony is making using of its Triluminous LCD technology and Bravia expertise to make the screen show visuals clearly and dynamically, which it certainly does, with great viewing angles and a ton of brightness, to boot.

From a detail point of view, you might ask for better image quality, but most should be happy with the Full HD picture, a combination of specs that results in a clarity of 275 pixels per inch, roughly 50 beneath the quality of the iPad Mini’s 7.9 inch screen.

This disparity isn’t immediately noticeable, but if you like to get up close with screens, you’ll see it, and it’s one area where Apple edges Sony out.

Moving from here, there’s performance, and since Sony has kept the specs the same across its smartphones and tablets, we’re already aware of what the Z3 Tablet Compact will do: quite simply, the combination of a quad-core Snapdragon 801 processor clocked at 2.5GHz paired with 3GB RAM and a very recent version of Android helps to keep the performance of the Z3 Tablet Compact solid just like its smartphones siblings.

Sticking with the old adage “if it ain’t broke, don’t fix it,” Sony has more or less kept things the same, and that’s a good thing, as we noticed little to no lag jumping between applications, surfing the web, writing notes, and playing the odd game here and there.

Even the feature list is the same, with support for 24-bit audio found here just like its smartphone brother and sister, support for Sony’s killer app that is the PlayStation 4 support to play the video game system on the tablet when you’re in your home, 802.11ac WiFi built in as well as NFC (something most tablets ignore), and there’s even that degree of water-proofing we know Sony for, rating the Xperia Z3 Tablet Compact at IP65/68 meaning it’s protected against dust and resistant to water up to 1.5 metres of freshwater for up to 30 minutes with the ability to deal with low pressure water jets from every direction.

That means you can take it to the lake, and you can use it by the pool without fear that a splash or an accidental immersion will ruin your precious new tablet. You can even bathe with it, and while we’re not sure it’ll be all that nice to scrub yourself with, you can at least read a book on the tablet or watch a flick on its screen while you let the water relax you during a night-time bath.

And one surprise feature that our Xperia Z3 Tablet Compact review unit had was a nanoSIM slot, with the tablet supporting not just data on the go, but also phone calls, too.

We’re not sure if this model will be easily found in Australia, and we’ll reserved judgement for people who wish to make phone calls on an 8 inch tablet, but if the 5 to 6 inch pallets aren’t quite big enough and you feel you need something bigger, it might be worth tracking down one of the SIM-capable versions.

By now, you’ve probably worked out that for the most part, we love the Z3 Tablet Compact, and not just because it’s an overgrown version of what we’ve seen prior. But there are two things missing from it, and while they’re not deal breakers, we’re a little surprised these features aren’t here.

One of these is an infrared port, an omission on the Xperia Z3 smartphones because — well, we’re not sure — but on the tablet, we’re very surprised. If you use the tablet in the living room like so many, using it as a remote makes a lot of sense, and other manufacturers are including it in their models too.

For these reasons, we’re surprised Sony hasn’t opted to break trend from its smartphones and include an infrared port in its tablet.

Likewise, there’s no flash on the back of the tablet for the rear camera.

This one isn’t an issue for us at all, and neither is the downgrade in camera from the phone to the tablet (20 megapixels down to eight), but people who love to take pictures on their tablets will be a little frustrated by Sony’s choice not to include an LED flash on the back.

We’re not quite sure what sort of reason Sony would have for not including out, outside of other tablet manufacturers not including one (that’s not a reason, more an excuse), but if you like to use your tablet as your phone or camera, poorly lit places won’t be your friend with the Z3 Tablet Compact.

The Z3 Tablet Compact is thinner than the Z3 smartphone. Cool.

Apple has some real competition on its hands for the iPad Mini 3 with the Sony Xperia Z3 Tablet Compact, an 8 inch portable that shows real promise due to a beautiful balance between hardware, software and design, and one that makes us want to carry it where ever we go.

This is seriously an impressive tablet, bringing together a package that doesn’t just nail the tablet formula, but makes it an entertainment machine on the go. 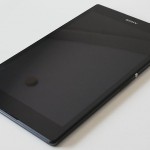 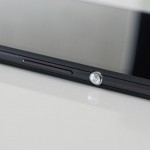 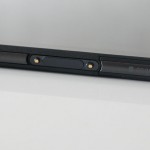 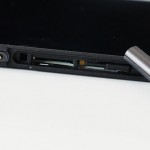 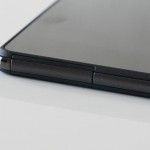 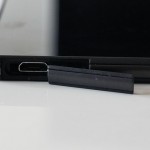 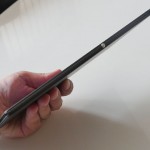 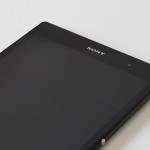 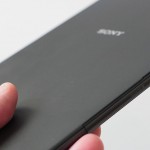 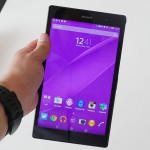 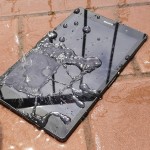 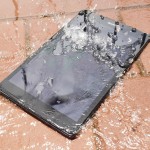 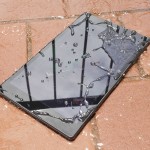 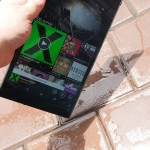 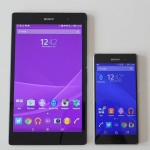 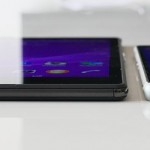 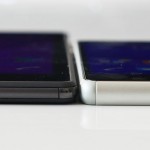 The Z3 Tablet Compact is thinner than the Z3 smartphone. Cool. 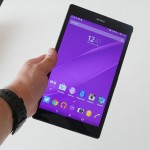 Pint-sized (near) perfection: Sony's Xperia Z3 Compact Tablet reviewed
Price (RRP): $499 Manufacturer: Sony
Beautifully designed and weighted; Well-performing specs; Expandable memory is a definite plus; Excellent screen with solid viewing angles; Supports high-res audio like its phone brothers; If you own a PS4, you can play it over your home network with the Xperia Z3 Compact Tablet; Highly water-resistant; Decent battery life; Models may include built-in 4G;
No infrared like its smartphone siblings, and it would be a lot more handy here; Rear camera should have a flash;
Overall
Features
Value for money
Performance
Ease of Use
Design
4.7Overall Score
Reader Rating 0 Votes
Share
Tweet
Share
Share
Tweet
Share

Alcatel tackles budget phones and tablets for under $100