Telstra’s “Easy Discovery” phones are a range of devices made for people who like things just as the label says: easy. Don’t need the flagship features and want a handset that is simple? Telstra has you covered.

While the previous generation of these devices was all about the “dumbphone,” the Easy Touch 4G is Telstra’s attempt to make this series of smartphone simple, with a mid-range device that offers the speed and reliability you need, but not the price you don’t.

Manufactured by ZTE for Telstra, the Easy Touch 4G is a handset that brings together the best of an inexpensive mid-range device together with access to Telstra’s high-speed fourth generation mobile network.

From a hardware point of view, this is a device taking its specifications from what would be a mid-to-high-end handset from 2012, which in 2013, could still be just as good, while also being a little less heavy on the wallet.

The screen on this smartphone is a 4.3 inch display, though the panel isn’t very high end, with only a qHD resolution of 540×960.

Cameras are on every smartphone, and the Easy Touch 4G is no different, with an 8 megapixel shooter on the rear with LED flash and a video capture mode that can also shoot 1080p Full HD, while the front receives a 1.3 megapixel camera capable of recording 720p HD .

There’s your regular sort of connectivity options, including WiFi 802.11 b/g/n, Bluetooth 4.0, GPS, but you won’t find Near-Field Communication on this handset, like you do in others.

What you will find is a 4G modem, capable of jumping on Telstra’s Long Term Evolution network, which produces speeds in excess of 20Mbps down. The handset is also Blue Tick certified, meaning it should be more reliable in Australia’s rural areas.

Take the case off and you’ll find a 1900mAh battery, just 200mAh shy of the Samsung Galaxy S3, with a regular miniSIM above this and a microSD slot.

There are no front-facing buttons on this handset, with the touchscreen doing everything here, though you will find a physical power button up top and a volume rocker to the left.

Ports are equally limited, with merely a microUSB on the right edge, while the top gets the 3.5mm headphone jack.

One of the primary reasons Telstra had the Easy Touch 4G built – aside for making money – was to make a smartphone that was easy for people to use.

For Telstra, devices with the words “easy” and “discovery” in the branding are often made for seniors, children, and anyone who doesn’t want a handset that’s hard to use.

In the Easy Touch 4G, Telstra and ZTE have tried to get around any complications of modern day tech by customising the interface ever so slightly, with the inclusion of special shortcut widgets that take you to the right parts of the phone quickly and easily. These can be moved around and even deleted, but they generally update themselves and ca be useful if Android is new to you.

Telstra's special widgets, which change when you receive new phone calls or texts.

In truth, the Easy Touch 4G has had very little interface modification here, and for the most part, this is one of Google’s recent incarnations of Android – 4.0, also known as “Ice Cream Sandwich” – with practically no changes.

As such, using it is like using pretty much any other handset, with a user replaceable shortcut dock at the bottom, several homescreens, a dropdown notification bar with events that can be slided out with one gesture, and an app menu with drawers for applications and widgets with a shortcut to the Google Play Store in the top right corner.

Keeping in the tradition of Google’s own Nexus branded devices, there are no physical buttons or soft buttons on the front, going instead with the on-screen buttons Google prefers. These can change depending on how you use your phone, and can make using apps easier.

It also means the phone can take on a very simplistic design, and the Easy Touch 4G does exactly that. There are no markings, and the front merely displays a 4.3 inch screen siting inside a black frame, with a camera up top on the front and a blinking notification light whenever something happens.

This screen is of a decent quality, even if the resolution is stuck back on 960×540, the high resolution seen on 2011’s flagship phones. Still, it has reasonable angles, usable from practically any direction, though it is very reflective and can’t be used at all under bright sunlight.

The back of the handset is reasonably simple too, with a gunmetal grey plastic covering the rear of the phone, slightly textured so the phone is harder to drop.

With a price fetching $456, we’re not expecting the performance to be a Galaxy S3 beater, but it doesn’t do too badly, either. Performance on our model jumped ahead from what we saw when we previewed the handset back in November, and we now have benchmarks showing this dual-core handset to be almost as fast as HTC’s quad-core One X smartphone.

While speed benchmarks aren’t always comparable to a real-life situation, we had no problems switching between apps and using the device in our tests, suggesting that the speed on offer here will be useful for many customers.

Download speeds are top notch in this handset, unsurprising given that Telstra has made sure this accesses the 4G network operated by Telstra. Using Sydney’s CBD and suburbs as our testing environment, we managed top speeds of up to 44Mbps down and up to 25Mbps up, with the lowest speed down just over 15Mbps.

Sure, there are devices we’ve reviewed that have performed better in the 4G spectrum, but given the sub-$500 price, that’s an excellent performance.

Battery life isn’t too shabby, either, managing a day and a half of use with us doing our regular thing, including checking emails, social networking, making and receiving calls, texting, playing the odd game, and surfing the web. Do a little less than we did and you might even manage two days out of this.

For the most part, it’s clear that Telstra has built a value-laden smartphone, but it does have a few flaws.

Plug in a pair of iPhone-ready headphones with the remote and microphone, and you’ll find one of these problems. Do that, and you’ll find that the volume is severely low. We’re not quite sure what on this handset makes it happen, but it appears to be a bug that comes from the remotes on headphone cables not being supported by the hardware, and with the volume only normalising when the pause button is pressed.

You also don’t get any features outside of 4G that might be considered premium. There’s no Gorilla Glass or strengthened display – so drop it and this phone will likely break – and there aren’t any extra software features, either. It’s pretty much Android the way Google envisioned it, although you do get an extra keyboard – TouchPal – though it’s not very good in comparison to the stock Google one.

And while the back is textured, the Easy Touch 4G can still be a fairly slippery phone, so be careful with it because, as we said, there’s no glass strengthening here.

It’s not the most stylish phone out there, but the amount of value Telstra and ZTE have packed in here is pretty staggering.

Here is a 4G phone with download speeds comparable to top tier handsets, and while it won’t win any design awards, it does come with plenty of speed and connectivity for people across this big nation of ours.

If a high speed handset is all you want, and you don’t need any of that premium hardware design, or you need a smartphone that actually helps you out with easy to use shortcuts to things, we’d certainly consider picking up this handset. 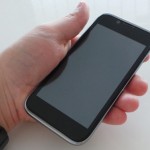 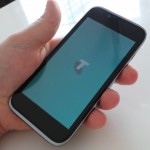 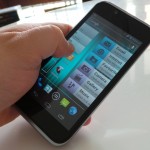 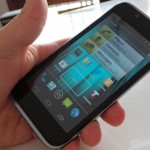 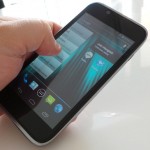 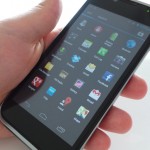 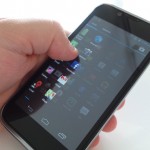 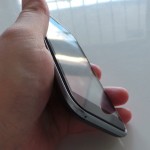 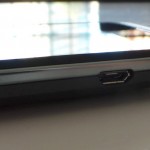 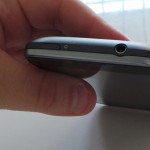 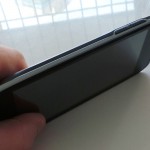 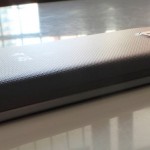 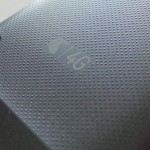 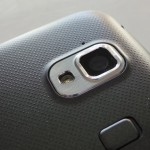 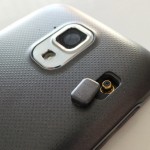 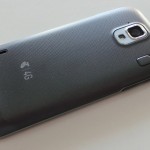 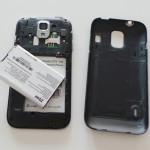 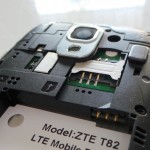 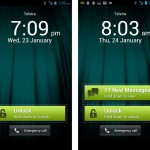 Telstra’s special widgets, which change when you receive new phone calls or texts. 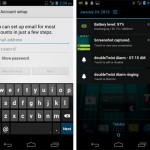 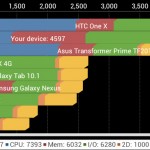 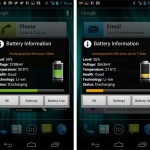 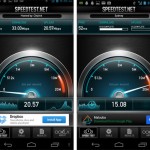