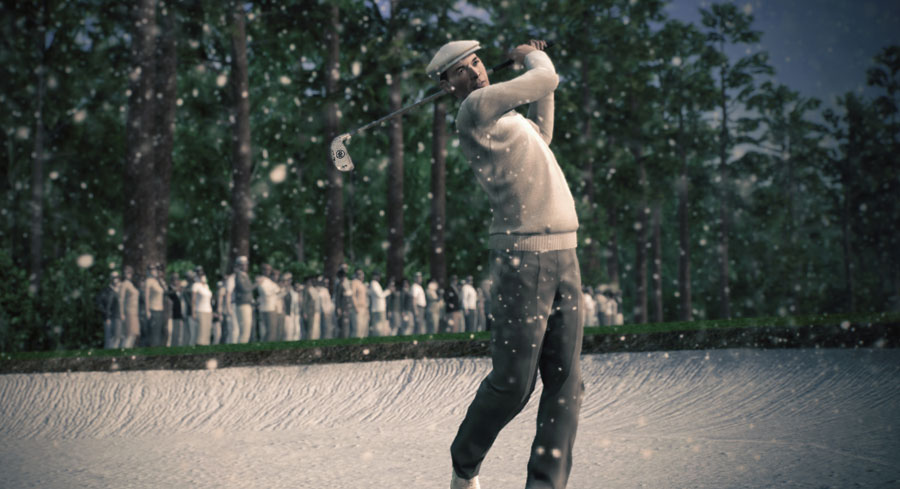 To date, there have been 16 Tiger Woods golfing games since 1998, and while the number on this one is 14 (that’s the year), we have reviewed every one of those 16 games.

Apart from the fact that in recent times it’s been virtually impossible to distinguish one year’s release from another, this year EA has failed, yet again, to do the one thing we – as big fans of EA Tiger Woods golf games – would really like to see and that is to recognise and reward loyal fans of the game who have bought previous versions.

Sadly, for yet another year, we find that EA makes no effort to recognise that you’ve played a Tiger game before (easily accomplished by looking for save games on your console’s hard drive) and automatically giving a player a boost, or unlocking more clubs and gear, for instance.

This would be a simple way for EA to encourage loyal fans to make their annual purchase which, with incremental releases like this, ought to be a real focus.

For the first time, Tiger Woods PGA 14 brings players all four major world golfing tournaments: the Masters Tournament, US Open, PGA Championship and the British Open (or the Open Championship).

Other ‘firsts’ include full ladies’ LPGA and the ability to play golf at, gasp, night time!

We’re not sure how much these things add to your golfing experience, but EA has surely focus-tested these things, so some folk somewhere are no doubt delighted. Oddly, arguably the hardest parts of playing golf in real life and this game are the short game and putting, and neither of these aspects are covered in the tutorial, or in the in-game software manual.

There are some really stupid design decisions in Tiger Woods PGA Tour 14, though.

We’re sure that the complex player creation facility in most of EA’s sports games are enormous fun for the uber-fan who simply can’t play their favourite sporting title without having the character look exactly like they do.

For the other 99% of players, however, the player creation system is a drag, and it’s not very well thought through.

Getting off to the worst possible start, the first characteristic you can alter is your player’s hairstyle – only the default player you start with is wearing a baseball cap emblazoned, of course, with the EA sports logo, but you can’t take it off. So you can’t see the different hairstyles, which is genius.

Similarly idiotic is the dev team’s decision to keep using leaderboard score tables, some of which pop onto the screen and entirely obscure the putting meter, for instance. They then stubbornly stay on the screen so you have to swing when you can’t see the club power meter at all, effectively forcing blind shots.

For the rest of us, it’s all about the way the game plays, and how it treats the player.

In these respects – and as previously mentioned, we’ve played every iteration of Tiger Woods PGA Tour – have lost count of the number of rounds that feature at least 6 or 7 putts that look like they’re going great then bizarrely pull a centimetre or so short of the hole, just resting over the lip.

This happened 12 times in our first two rounds in the game. This is either monumentally bad luck that is consistent over 14 years, or there’s something going wrong with the Tiger ball physics calculations.

Most of the rest of the game is good, though, and for the first time in years, it’s occasionally possible to make shots that carry a real ‘delight factor’, having you whoop excitedly as a 50ft putt sinks or a wood shot off the fairway hits the pin and spins into the hole.

Despite EA’s claims to have overhauled the game’s (previously lame) presentation, too often even great shots like these pass entirely unnoticed by the broadcast team, which is deflating.

The commentary is still sparse and unenthusiastic, with huge chunks of speech clips from previous years making a return, such as the ‘We now have a new leader’ pronouncement if you take the lead, spoken with about as much enthusiasm by Jim Nantz as if he’d  just walked into your kitchen and told you he’d just stepped into a pile of crap.

Generally speaking, the commentary is as lamentable as it has always been; a factor that has always dragged down the precious ‘Metascore’ for EA, and yet they mystifyingly continue to treat it as a low priority.

After the somewhat sad, solitary affair of qualifying in complete silence, the commentary from Nantz and Feherty kicks in, but it’s so phoned in EA doesn’t even bother to mention the pair in their press releases or on the game’s website.

You start your career qualifying in either an American or British tournament and, happily, can practice first or choose to skip that part and go straight to the ‘final round’. That’s a good innovation – as is the excellent comparison meter that quickly and easily compares new equipment with what you’ve already equipped so that you can see at a glance whether it’s worth making the trade.

You also earn ‘coins’ as you play, use these coins to buy ‘pin packs’, then use the pin packs to boost your golfer’s performance.

The big new mode this year is ‘Connected Tournaments,’ though, where you can play at the same time as up to 23 other gamers, with their shots represented in real time as shot arcs on your screen.

When this works, there’s a feeling of being in a tournament with other real people, but good luck finding tournaments run in Australia, and even if you do, you may find you ‘don’t own this course’ and get booted back out.

You can set up your own ‘Country Club’ – a clan, essentially, in first-person shooter land – and go to EA Sports’ website to set up your own, private tournaments for members of your new club. We have yet to make that part work though, as Origin repeatedly fails to email us our forgotten password, and, anyway, since none of our friends are playing Tiger Woods PGA Tour 14, our sparkly new Country Club has a stellar membership of 1.

Or maybe the big new mode is the ‘Legends of the Majors’ experience, where you work your way through challenges from ‘yesteryear’, unlocking a new challenge if you win the preceding one.

The structure is very familiar, the color palette is sepia and there are some nice touches regarding the clothing, naming of the clubs and even a ‘new, old’ logo for the replays, but essentially this mode is just a clever reskin of the ‘Legacy Challenge’ mode in last year’s game or the ‘Masters Moments’ mode the year before that.

There are a lot of challenges here (62, in fact) but they all amount to exactly the same thing: play good golf. There are also some strange anachronisms, too, such as players from the 19th century doing fist pumps after a good putt. EA Sports’ research is only skin deep, apparently.

The perennial discussion around EA Sports’ games is if it’s worth paying each year for what usually amounts to a re-skinning of the previous year’s game with updated rosters and a heap of cosmetic changes.

Tiger Woods PGA Tour 14 doesn’t do anything to help EA’s case in this regard, and then compounds the error by spending too much time trying to force logos and fancy screen elements into the game, like the infuriating pop-up info boxes that so often obscure your view of the shot.

The usual grabby monetization goading isn’t as overt this time, which is a blessing, and if you can sift through the mountain of superfluous polish and guff there’s a decent game of golf to be had, but the core playing experience is so flat and unappealing that it’s really hard to get excited about it at all. 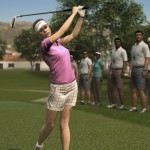 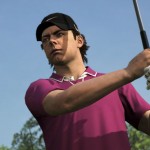 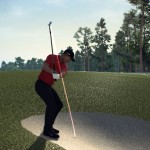 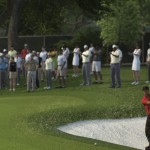 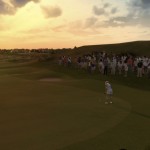 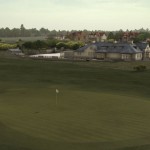 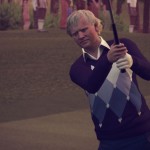 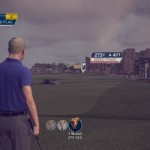 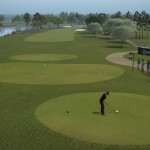 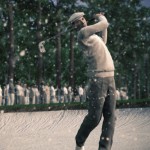 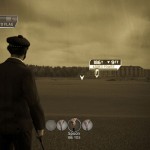 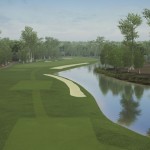 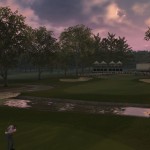 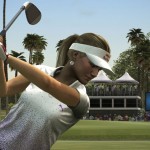 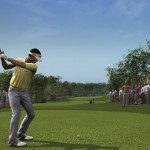 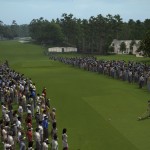 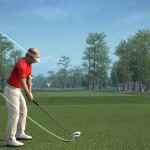 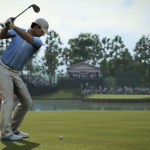 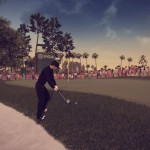 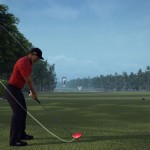