Review:
Toshiba’s 7 inch AT270 reviewed: sure to impress

Toshiba's 7 inch AT270 reviewed: sure to impress
3.9Overall Score

Toshiba was one of the first out with an iPad competitor, and late last year the company tried to shake things up with a 7 inch tablet that used the same formula.

Now, Toshiba is trying it again, sticking the slate on a diet and upping the specs.

The second seven inch tablet we’ve seen from Toshiba, the latest model cuts out the black thick plastic body we saw last time and replaces it with a svelte metal chassis.

While it’s technically classed as a seven inch tablet, the AT270 is closer to the Samsung Galaxy Tab 7.7 and features a 7.67 inch screen with the HD-ready resolution of 1280×800, with Corning’s scratch-resistant Gorilla Glass covering it.

Under the hood, it’s a set of specifications which is beginning to become the norm for tablet manufacturers this year, with Nvidia’s quad-core Tegra 3 processor, 1GB RAM, Google Android 4.0 “Ice Cream Sandwich”, and 16GB storage with a microSD slot for expanding the memory further.

Connectivity comes in the form of 802.11 b/g/n WiFi, Bluetooth 3.0, and support for DLNA, while multimedia is catered for with a 3.5mm headset jack, two speakers at the bottom, a 5 megapixel rear camera with LED flash, and 2 megapixel front-facing camera.

A microUSB port is also offered for data transfer, as is the proprietary charge port Toshiba uses, which looks a little like an elongated iPod dock port.

Google’s latest version of Android doesn’t require buttons on the front of the tablet, so Toshiba has unsurprisingly ignored them, but you can still find a power button, rotation lock switch, and volume rocker on the top of the tablet.

The textured surface on the aluminium back of the AT270.

The last Toshiba seven incher didn’t do much for us, managing to feel thick, plastic, and lacking in design, so it’s nice to see the company has taken it back to the drawing board for the new model.

With this year’s take on the tiny tablet, Toshiba has slimmed down and shaped up, ditching the plastic and rubber chassis and opting for aluminium instead.

In the latest incarnation, the tablet is thin and light, coming in at 7.85mm and featuring a slightly bigger 7.67 inch screen than its predecessor.

There probably isn't much Toshiba can do to shave off millimetres from this size, what with the 3.5mm port now hitting the edge.

It also feels excellent in the hands, with a solid metal back textured with tiny dots so that the tablet doesn’t slip out of your grip.

The screen is coated in Gorilla Glass and sports a pixel ratio of 197ppi, higher than the quality offered on the first- and second-generation Apple iPads and making the text clarity slightly better than a lot of 9-10 inch devices out there.

Toshiba has equipped this tablet to run one of the latest versions of Google Android, with a fairly untouched Ice Cream Sandwich taking centre stage here. The recently announced upgrade to ICS – Jelly Bean – isn’t here yet, but we wouldn’t expect it that quickly. In any case, Android in this current version should be absoloutely fine for most people.

An untouched version of the operating system means that Toshiba hasn’t really personified the operating system, but we do have some apps specific to Toshiba, including a file manager, service and upgrade software, and media player with DLNA support.

The Toshiba AT270 is pretty good for reading books and magazines.

Using the tablet as a media consumption or eBook reading device, the tablet shines. We’ve comfortably read quite a few pages of books and magazines on the bright screen of the AT270 this week.

There were no major problems testing the tablet with our usual smattering of games and apps, as Angry Birds, Temple Run, multiple tabs in the web browser, live wallpapers, and menu switching showed us just what the speedy Tegra 3 processor was capable of doing in this slate.

While you can hold the tablet in either portrait or landscape position, some apps – like Angry Birds – will only load one way.

Even the amount of vibrating haptic feedback in the tablet surprised us, with some strong and noticeable vibrations making us more aware of the virtual buttons we were pressing.

Battery performance was also interesting. Through our testing, we found that if you use it for a few hours every day as a reading and media consumption device, you’ll find a rough guide of three to four days life.

A more aggressive use of the AT270 will see you needing a charge daily, but most people should average between two to three days of regular use, which is strong for a tablet.

In fact, according to the benchmarks, Toshiba’s seven incher sits just below the Asus Transformer Prime in regards to overall speed and performance, which isn’t bad at all.

For the most part, the Toshiba AT270 is one big win in a very small package. The tablet comes together quite nicely, with speed, battery power, and a feeling that makes it very pleasant to carry around with you.

But it’s not perfect, and there were a few things that gnawed at us.

The on-screen keyboard is one of them, with the Swype software on offer providing us with less than impressive responsivity. The gesture-based form of writing on offer from Swype here – where you draw a path to spell, such as from the letter “h” to “a” to “t” to write “hat” – seems to be the only solid way of writing messages from the stock keyboard.

If you opt to just use the keyboard by laying the tablet down on a surface and typing with both hands, hunting and picking the virtual keys with several fingers, the Swype software gets in the way and causes a mess of mistakes. Type with one finger and this won’t happen, but the moment more than one finger is thrown in, the virtual keyboard fails big time.

We’re still not huge fans of Toshiba’s proprietary charge port, a long and flat connector that, while you’re not likely to confuse it with anything else out there, you’re also not going to be able to find a replacement in a pinch, especially if you need to recharge and you didn’t bring the cable with you.

The price also isn’t amazing, especially with Google’s own 7 inch tablet on the way for around two hundred dollars less. While the Asus-made Google tablet won’t have the same metal chassis like the Toshiba AT270, we’re not sure that the much higher pricing of Toshiba’s tablet is validated here, especially when the specs are close to being the same.

Toshiba has a beautifully designed winner here, coming back from the mediocre seven incher we saw earlier this year. It’s thin, light, and bloody responsive, but the one thing it lacks is a competitive price.

If you’re after an excellent handheld tablet, the AT270 is sure to impress, but the price could certainly do with some fixing. 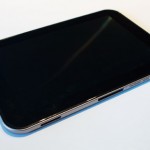 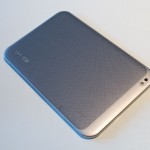 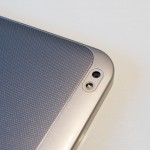 We don’t use tablet cameras very often, but there’a a 5 megapixel rear camera here if you’re keen to use it. 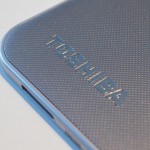 The textured surface on the aluminium back of the AT270. 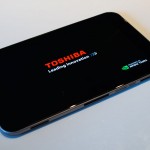 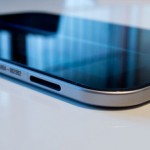 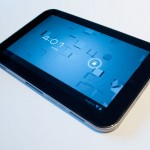 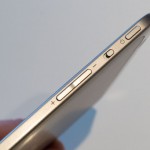 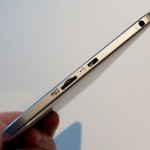 There probably isn’t much Toshiba can do to shave off millimetres from this size, what with the 3.5mm port now hitting the edge. 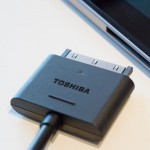 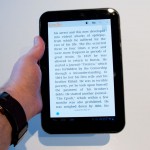 The Toshiba AT270 is pretty good for reading books and magazines. 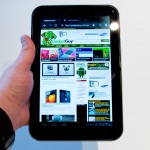 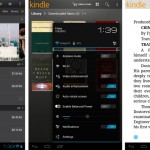 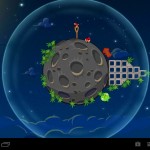 While you can hold the tablet in either portrait or landscape position, some apps – like Angry Birds – will only load one way. 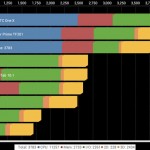 Asus attempts to undercut Google with a $199 tablet