Smaller computers are ideal for students and people on the go, and when they’re also technically tablets, they can be even better. Is Toshiba’s Radius L10W a hybrid worthy of your wallet?

Part of the “Radius” range of Satellite computers, Toshiba’s L10W takes a familiar hinge design that we’re seeing on many computers and applies it to one of Tosh’s own products.

Here, the 360 degree hinge concept sits on an 11.6 inch high-definition display, showing a resolution of 1366×768, with a touch panel provided here.

Connections for the computer are fairly normal for an 11 inch computer, offering one USB 2.0 port, one USB 3.0 port, a single HDMI, and an SD card slot. Wireless is also provided, packing in 802.11a/g/n WiFi alongside 802.11ac support, with Bluetooth 4.0 also included, as well as Intel’s Wireless Display technology known as “WiDi”.

Microsoft’s Windows 8.1 is preloaded to the L10W, ready to go out of the box.

A keyboard can also be found here, island-key style, with a gesture-supporting touchpad with two physical mouse buttons.

A couple of other buttons are included on the computer, with a power button on the left edge, and a volume rocker on the right edge.

The Windows key is also available found in the centre below the display.

While computers aren’t overly expensive anymore, getting them in a slim and light package can still cost a pretty penny.

Toshiba hopes to have an answer for this, however, in the form of the Satellite L10W, a machine that doesn’t match the name with a 10 inch display, but instead opts for an 11.6 inch screen for the first model in the Radius series.

“Radius” is a new name, by the way, as Toshiba finds a way to get its 360 degree hinge out into more computers. If you think of the term “radius”, you’re probably thinking of a circle, and that’s the imagery Toshiba hopes to connect the dots, with these computers allowing their screen to move from perpendicular to flat against the back of keyboard like it is rotating in a circle.

Really, this is no different from the over 360 degree hybrid laptop designs we’ve seen for the past year, but it’s nice to see Toshiba joining this area, as well as integrating it into a machine that is small, similar to what HP pushed out in its similarly sized Pavilion X360.

Toshiba’s take on that computer is a little different, though, packing in a different processor and a smaller version of the plastic design Toshiba has been using for a while.

In the hands, that plastic design is very plastic, with a glossy exterior, matt plastic bottom, and the feeling that this machine wouldn’t survive if you decided to drop it waist-height onto a hard road-like surface. So don’t. Don’t drop this computer, or any computer, as it’s a bad idea.

Then it’s time to switch the computer on, and while this would normally be the time to say “hey, look at that lovely bright screen” or “wow, I can’t wait to touch this display,” once you get the hope of the design out of the way, you find that Toshiba’s Radius isn’t the best of sorts, and that happens more or less the moment you start using the machine.

We don’t want to harp on about terrible equipment, but Toshiba has done very little to make the Radius L10W stand out, aside for standing out because of just how bad an example of a laptop it is.

Let’s start with the screen, because it’s the perfect place to start since you’ll be spending so much time staring at it, though most of it will be wondering what Toshiba was thinking when they installed it in this configuration.

That display is an 11.6 inch high-definition touchscreen, and thanks to the nifty 360 degree hinge, this can spin around to the back and be used as a tablet, but the display is so poor quality, we’re not sure why you would.

We can live with the high definition display only, though we’ve seen better in this size before.

What we can’t live with is a low-grade display with very little in the way of viewing angles and only one real way to look at the screen to view the blacks of your text, the whites of a document editor background, and the possible colours Windows can display.

Almost every viewing angle results in washed out colours with the Radius L10W, and it’s really a confusing display to include simply because it doesn’t work well. This is the sort of low quality display you’d expect in a 2009-era Netbook, but we’re pretty sure if we took a few of those out from retirement, we’d see better quality in them, too.

You get touch support, so that’s nice, but what good is a touchscreen if you can’t see it in nearly every angle?

The keyboard isn’t much better, with one of the most shallow keyboards we’ve ever felt, forcing you to press so hard just to get your letters to register, and one out of every 100 keystrokes, that won’t even happen.

This is not a comfortable keyboard, and you will have errors, even if you’re someone who types so hard that people turn around to see just who is making that noise (it’s you, by the way).

The L10W’s keyboard is so bad that we considered using the touchscreen on the laptop to type the review, but that wasn’t much better, and so just forced our way through dreading every press, every strike, every moment we were forced to depress the tiny island keys in this design, bits of plastic that should be better than this, simply because this isn’t Toshiba’s first tango.

Seriously Toshiba, what is this? This isn’t the quality of keyboard we’ve come to expect from the company, from the brand that practically pioneered the laptop computer.

Toshiba’s trackpad isn’t much better, and again, kind of forces your hand back to the touchscreen. It’s small and supports multi-touch gestures, so that’s something, but the buttons are hard to press and barely feel like they’re there.

Go back to the touchscreen. It may be hard to look at, and near impossible to find that viewpoint that makes it easy on the eyes, but at least it works as an input device, which is more than we can say for the buttons you’re forced to click on, to press down on, at that trackpad.

Performance isn’t much better, and we found the Radius L10W struggling with the basics.

Windows 8 would load fairly quickly, and we could pinch and zoom the interface, but Evernote struggled some of the time, taking its time to load the review we worked through with a frustrating keyboard, while the machine debated whether or not to give us a touchscreen keyboard when we were using the physical keyboard and blocking up half of the display with a blanked out visual.

Doing the basics on the L10W will be fine — web surfing, emails, office activity — but anything else, and the Pentium on-board won’t really be ideal, forcing your hand.

The battery life doesn’t help this, with those basics delivering a total life of a little over four hours of juice. You can’t charge the laptop from a microUSB port either, not like you can on some of the other smaller machines we’ve seen over the past year. No, you’ll need to carry a small ho-hum battery brick with you if you want to keep the Radius L10W packed with juice, a shame given that Toshiba could have pulled off a better decision with this one.

We’re actually surprised that Toshiba went with a Pentium chip, for what it’s worth, expecting to see an Atom processor here, because they’re tried and trusted in entry-level computers, and generally offer the same basics performance while delivering much stronger battery life, but maybe that’s because Toshiba hasn’t marketed the L10W as an entry level computer, because that brings us to the final quibble we have: price.

Simply put: with a recommended retail price of $799, this computer is mighty hard to justify.

Sure, it’s an 11 inch solid-state equipped laptop that can also technically work as a tablet, is equipped with 802.11ac WiFi, and it comes with the Toshiba brand. Unfortunately, those are the limits of what’s good about the machine, with a terrible keyboard, utterly disastrous display, and performance that leaves so much to be desired.

You could do better with just about every other computer out there, and the only way for this computer to start to become value driven would be if Toshiba just dropped the price closer to the $400 mark, where equipment like this belongs.

Yes, it’s technically a tablet, but this it’s a tablet at a price that is just too hard for us to swallow.

We get that Toshiba wants to get into more value driven computers, with machines that can work as both laptop, tablet, and entertainment machine, but the Radius L10W isn’t the best way to start fulfilling that vision, with a computer that lacks a great typing experience, a lousy screen, and a performance and battery life that makes it just confusing as even an entry-level device, which its price doesn’t seem suited for, either.

Really, the Toshiba Satellite Radius L10W is just hard to recommend to anyone as anything, except maybe a door stop, and honestly, you could probably spend your dollars better on that, too. 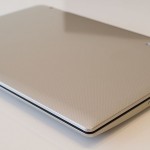 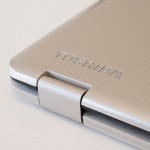 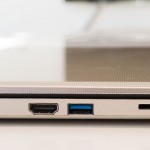 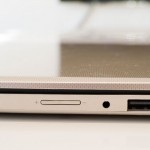 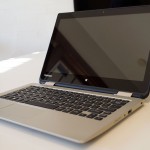 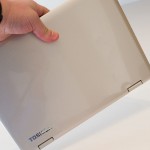 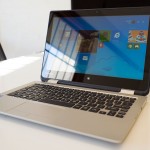 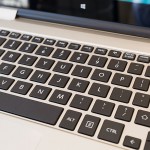 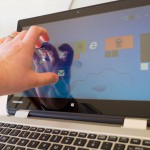 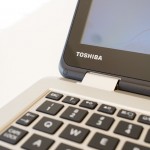 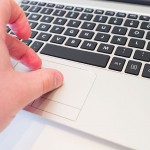 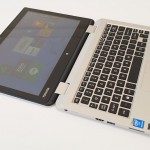 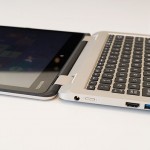 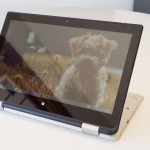 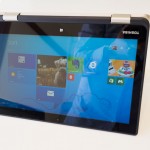 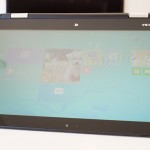 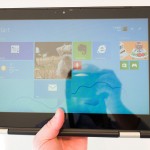 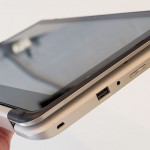 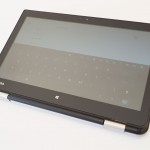 Yes, it’s technically a tablet, but this it’s a tablet at a price that is just too hard for us to swallow. 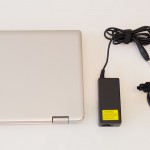