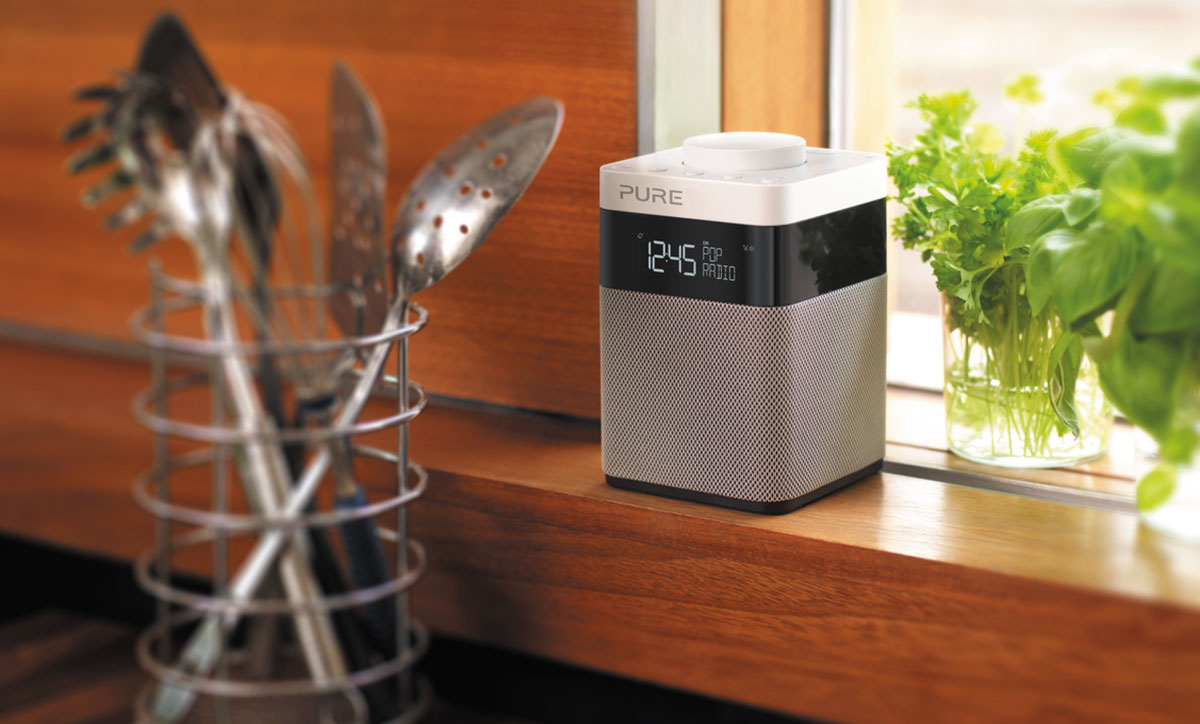 Pure pops a digital radio on, off with a single button

Media players tend to have lots of buttons to press, confusing owners in the process, but a new product on the way from Pure brings things back to basics.

True story: an elderly family member recently asked this writer if he could help find a new radio that she could use next to her bed. The radio they had for years was on the verge of breaking, and you could barely hear music from it anymore. So for the past few months, said radio had really only worked as a clock, which is great if that’s all you want, but she wanted to listen to classical music and the news of the world.

So we tried replacing the radio with a digital radio that was sitting at home taking up space. It had an LCD screen, a control wheel, and a fairly loud speaker. Recently, we took the time to set it up and then tried explaining how to use it.

And it was at that moment we came to a problem: while it had a nice big dial that was easy to grasp, the button which switched the radio on and off was so small, the family member had problems pushing the power button and making the radio come to life.

At that moment, this writer realised that small buttons are things younger people take for granted, because while we can see them, we can feel and push and prod them and know just how small they are, people with eyesight issues might just see this as an obstacle, and the whole thing might be more difficult than it’s worth.

Long story short: the tiny button didn’t help matters, and neither did the LCD screen, which didn’t display the time as obviously and clearly as my relative wanted.

Subsequently, the new radio was removed and replaced with the original one, which barely worked at all.

Pure hasn’t heard this story yet, and while we doubt that company would have made a radio just for this journalist’s relatives, it’s almost as if they heard his brain crying out from him and people like him, because its latest product range seems strangely suited to these issues.

Announced this week, the products are called the “Pop” and there will be three of them. This particular range of products are digital radios, with three sizes available depending on the size of radio you need, starting with the Pop Mini which is small, the Pop Midi which his mid-sized, and the Pop Maxi taking the big sizes.

All three take the same basic form which is a tall speaker with a large circular button up top that will switch the radio on and off, ideally with a “pop”. There are more buttons other than this on/off switch, as you’ll need to program stations and select them, but once you have a favourite, the pop switch will turn the radio on and off, remembering the last DAB station you were on and playing it nice and loud.

And of course, there’s a relatively large and clear digital clock that will show on the front of the Pure Pop radio, with the station also clearly seen.

“Many entry level digital radios lack individuality and quality audio, despite the advances in technology and high-quality sound engineering. That’s why we wanted to introduce Pop, a product focused on how consumers interact with their digital radio, based on functionality and ease of use, while maintaining a stylish design and first class audio that Pure customers are accustomed to.”

The Pop’s three sizes appear to be mostly made for differences in speaker sizes, though they also slightly different functionality, with 10 presets available on the Mini, 20 on the Midi, and 40 on the Maxi. Bluetooth speaker functionality is also offered on the Midi and Maxi options (missed out on the little speaker), with stereo only offered on the larger Maxi unit.

The included wall plug is the easiest way to keep the Pop range running, though we’re told the range should also support batteries, making it a little on the portable side, too.

Pricing for the range starts off at $99 for the Pop Mini, with the Midi arriving with Bluetooth for $149 or without for $129, while the Maxi stereo radio with Bluetooth hits store shelves for $179. Availability is now, with JB HiFi getting the units.