The Puzzle of the iPod Nano 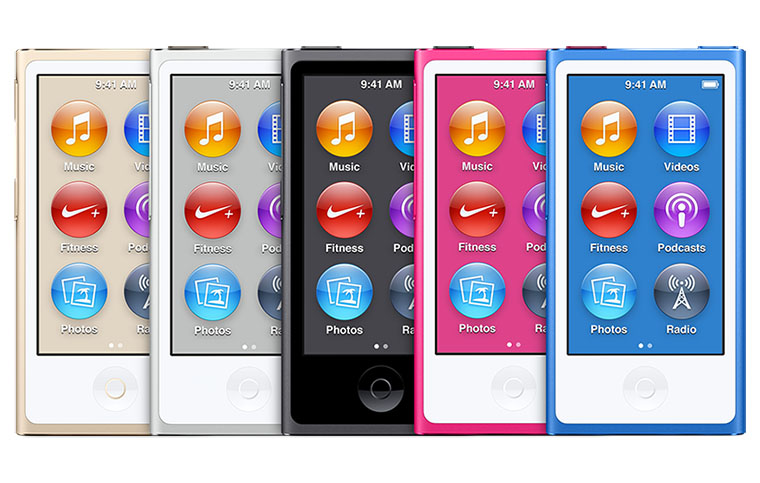 I had not realized this, but it appears that the Lightning connector on recent Apple products is a point of weakness. Not its fault probably. Because it has to be plugged in daily, it tends to wear out. Indeed, some are expressing concern that forcing wired headphone connections to be made via the iPhone 7’s Lightning port will increase the wear rate. Anyway, this last weekend I experienced the death of my iPod Nano, caused by the death of its Lightning connection. But it was when I bought a replacement that things got weird.

For some now my daily (or even more frequent) iPod Nano connections to iTunes have been a bit dicky. The screen of the iPod Nano would show “Connected” each time, and usually it would appear as a drive in Windows Explorer*. But sometimes would not show up in iTunes. That “sometimes” gradually became “often” and then, last week “always”. That is, it would always fail to appear. It would charge and still appear in Explorer, but not iTunes. I blamed iTunes** of course, and after a reinstall with the problem persisting, I shifted to blaming the USB to Lightning cable. But switching cables revealed the truth: the iPod couldn’t connect.

It was about two years old and I’d estimate was plugged in and unplugged on average rather more than once per day. Let’s say it had been connected well over a thousand times before failing.

So I ducked down to Officeworks and bought a new iPod Nano ($20 cheaper than buying from Apple). Plugged it into the computer with iTunes, where it was immediately recognised, and did the usual rigmarole one does with a new iPod: give it a name, set it to manually manage music, drag in several gigabytes of the music, and set it to automatically update Podcasts (the reason for the frequent connections).

But when I ejected it, I couldn’t use it! The touch screen wasn’t working properly. Swiping wouldn’t work and touching the app icons wouldn’t fire them up. Instead it put a thin rectangle around them. Eventually I worked out that a double tap would fire them up, but it was almost impossible to use without swiping working.

So I rang the Apple help line, convinced it was some kind of weird hardware problem. But, no, it wasn’t. For some reason the iPod was in “VoiceOver” mode, which is an accessibility option. This reads out text on the screen – you select which text by touching it. You double tap to choose something. You use two fingers to swipe to the right.

I didn’t hear any text being read out because I was using Bluetooth headphones which I hadn’t yet paired because I didn’t know how to swipe to the next page to get at the settings. Once I knew what the problem was, it was easy to fix.

But why was it like that? I hadn’t touched the settings. There is the option to switch on this mode from iTunes while the iPod Nano is connected, but I certainly hadn’t done that either. Had this particular iPod Nano been part of the sample used (I assume) for spot quality checks and been inadvertently left in that mode?

Who knows. But it does show that even properly functioning products can sometimes, right out of the box, work somewhat differently to the way you expect.

* Yes, it shows up as a drive. No, don’t muck around in there. iPods (Classic and Nano) rename the music files to four capital letters and randomly scatter them around a bunch of folders called Fxx. You can make no easy sense of what’s in there, and if you copy music in, the iPod won’t play it.

** Blaming iTunes – especially if it’s the Windows version – is usually a good first step for just about any problem. But sometimes iTunes is not actually at fault.